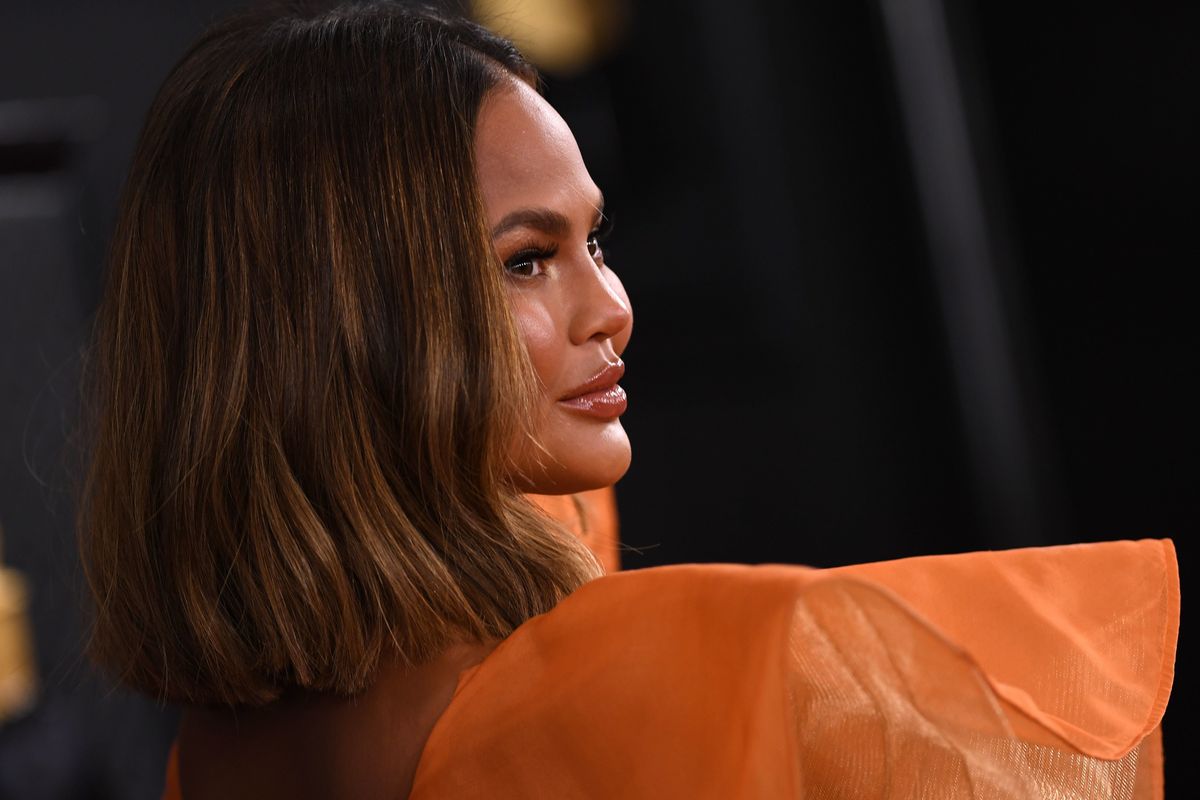 Chrissy Teigen has shared a heartbreaking letter about the recent loss of her third child, Jack.

On Tuesday, the star opened up in a new Medium post about her September miscarriage by describing the "incredibly deep sadness" she felt after the loss.

"I didn't really know how I would start this, no matter the room or state I was in, but it feels right to begin with a thank you," she began as she described her gratitude for the outpouring of support she'd received from everyone.

"For weeks, our floors have been covered in flowers of kindness. Notes have flooded in and have each been read with our own teary eyes," she said. "Social media messages from strangers have consumed my days, most starting with, 'you probably won't read this, but…'. I can assure you, I did."

Teigen then began discussing the difficulties she faced during her pregnancy, before explaining that she was eventually diagnosed with a partial placental abruption, which led to her receiving bags of blood transfusions. However, after a couple nights in the hospital, the doctor told her that "it was time to say goodbye."

"[Jack] just wouldn't survive this, and if it went on any longer, I might not either. We had tried bags and bags of blood transfusions, every single one going right through me like we hadn't done anything at all," she said. "Late one night, I was told it would be time to let go in the morning."

Teigen continued, "I cried a little at first, then went into full blown convulsions of snot and tears, my breath not able to catch up with my own incredibly deep sadness. Even as I write this now, I can feel the pain all over again. Oxygen was placed over my nose and mouth, and that was the first picture you saw. Utter and complete sadness."

And though she said that husband John Legend was "very hesitant" to take the aforementioned photo — which accompanied their initial statement about the miscarriage — Teigen explained that she felt like she "needed to share this story."

"I cannot express how little I care that you hate the photos. How little I care that it's something you wouldn't have done," Teigen wrote of the criticism she received for posting such a personal moment online. "I lived it, I chose to do it, and more than anything, these photos aren't for anyone but the people who have lived this or are curious enough to wonder what something like this is like. These photos are only for the people who need them. The thoughts of others do not matter to me."

She then went on to say that Jack's ashes would be used as soil for a tree at the home they recently bought with their expanding family in mind, before once again talking about the "moments of kindness" she'd experienced since.

"People say an experience like this creates a hole in your heart. A hole was certainly made, but it was filled with the love of something I loved so much. It doesn't feel empty, this space. It feels full," she said.

And though the "worst part" was knowing that "there are so many women that won't get these quiet moments of joy from strangers," Teigen implored readers to share their stories and to "please be kind to those pouring their hearts out."

"I wrote this because I knew for me I needed to say something before I could move on from this and return back to life, so I truly thank you for allowing me to do so," she added, before concluding, "Jack will always be loved, explained to our kids as existing in the wind and trees and the butterflies they see."