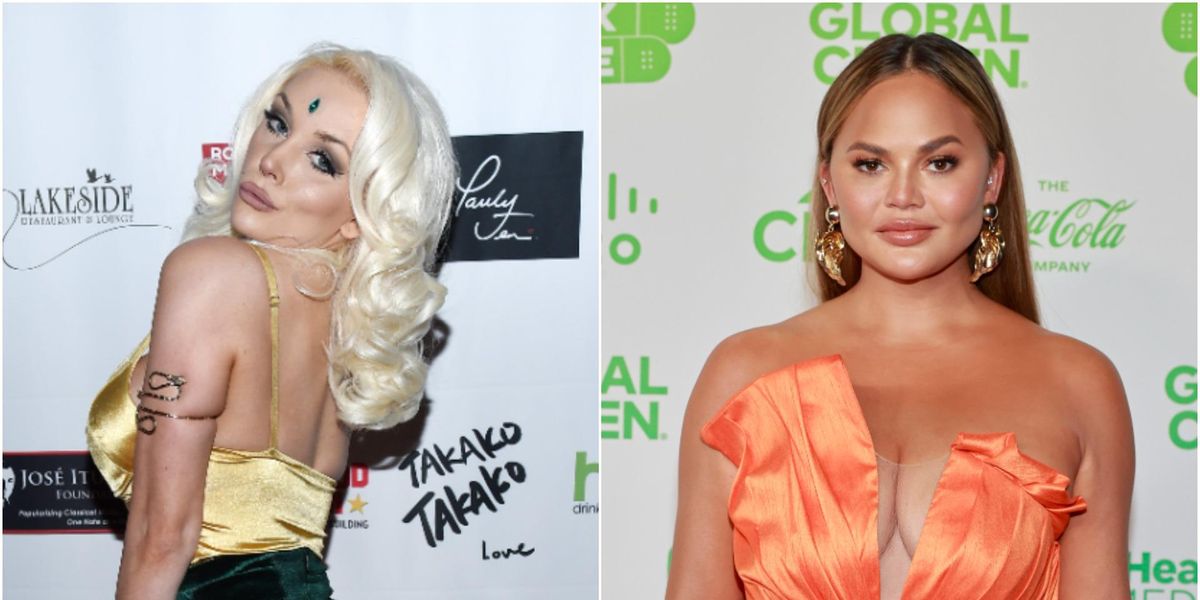 Siri, play Chemtrails Over the Cancel Club, because the Chrissy Teigen drama continues, and we are exhausted.

According to Courtney Stodden, Teigen still hasn't reached out to personally apologize for the scandal that forced her to take a social media hiatus earlier this year. To catch you up, back in May Stodden — who uses they/them pronouns — shared screenshots from the late 2010s that appeared to show Teigen cyberbullying them on Twitter. In one alleged DM, Teigen essentially told Stodden they should kill themselves, using the classy turn of phrase "dirt nap."

People were understandably shocked to uncover this weird bit of internet history, although some longtime Teigen followers pointed out it wasn't the first time she'd used her platform to bully others. Teigen did end up publicly addressing the claims and apologizing to her followers, also saying that she had attempted to contact Stodden directly in order to make amends. Stodden maintained that they never actually heard from Teigen, and at a PETA event on Wednesday, they told TMZ that they're still waiting.

"I haven't received anything from her. I don't know what she's talking about," Stodden told TMZ reporters yesterday. "I don't know, she's never reached out to my team. I never got any emails, anything."

Related | Chrissy Teigen Opens Up About Being in the 'Cancel Club'

What Teigen has done since the scandal broke is post a meandering Instagram caption about being a member of the "cancel club" and missing her social media following. Stodden had something to say about this, too.

"I have a message for her, and I think that continuing to gripe about 'cancel club' or whatever that is, I think step out, take your part and maybe do something with charities," they told TMZ. "Step out. Do something anti-bullying if she really means what she says. Get out. Do something. And it really helps the spirit, it does."

Truly, the saga continues. You could assume that Teigen just doesn't have Stodden's contact info or something, except that... she's Chrissy Teigen! She has a blue check! Her husband is John Legend! It wouldn't be that hard for her people to reach out to Courtney's people and arrange contact. We would maybe suggest them doing so ASAP.