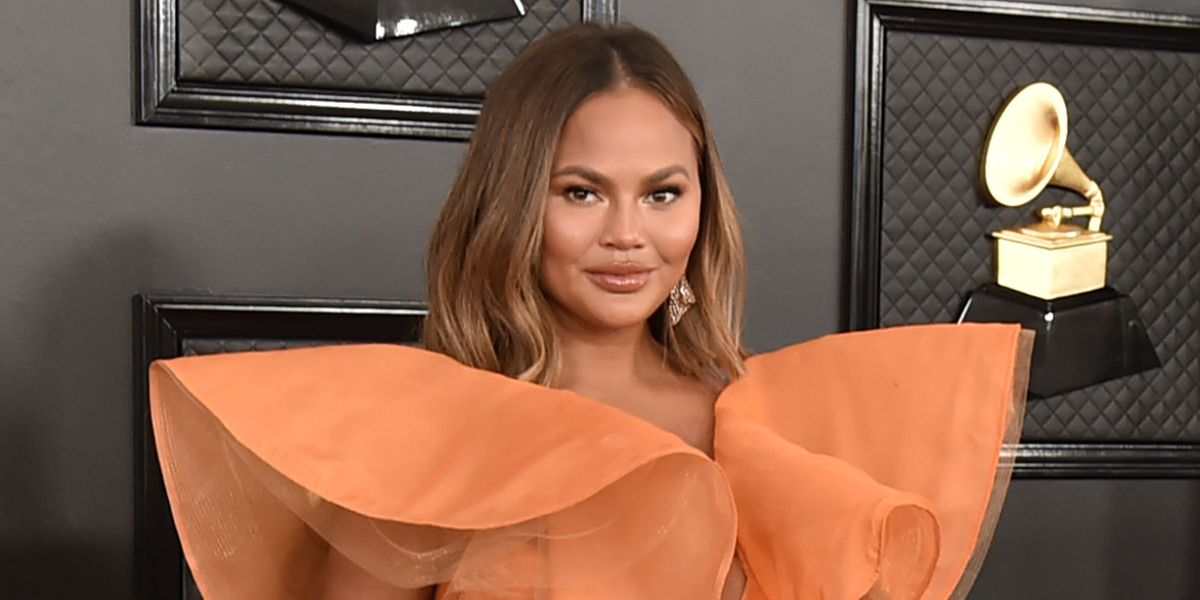 Chrissy Teigen is over the trolls coming for her butt — once again.

Yesterday, the supermodel was forced to shut down some ass-related speculation after posting a photo of herself in a pair of leggings with husband John Legend's face on them. An undeniably adorable pic, Teigen captioned it, "we get ... really random stuff sent to the house" — though, sadly, it didn't take long for the hate to roll in.

In response to her post, one commenter decided to accuse her of Photoshopping her butt in order to make it appear larger. Not only that, but the troll also decided to bring up a gross meme that made fun of her rear from last summer, writing, "Why didn't it look like that when John was in the jacuzzi like 'wth was that.'"

And while may have taken a light-hearted approach to previous criticism of her butt, this time she wasn't having it. So what was her response to the photo editing accusation?

"maybe you've just never seen a girl in this position before but it's good for looking like you have an ass," she wrote.