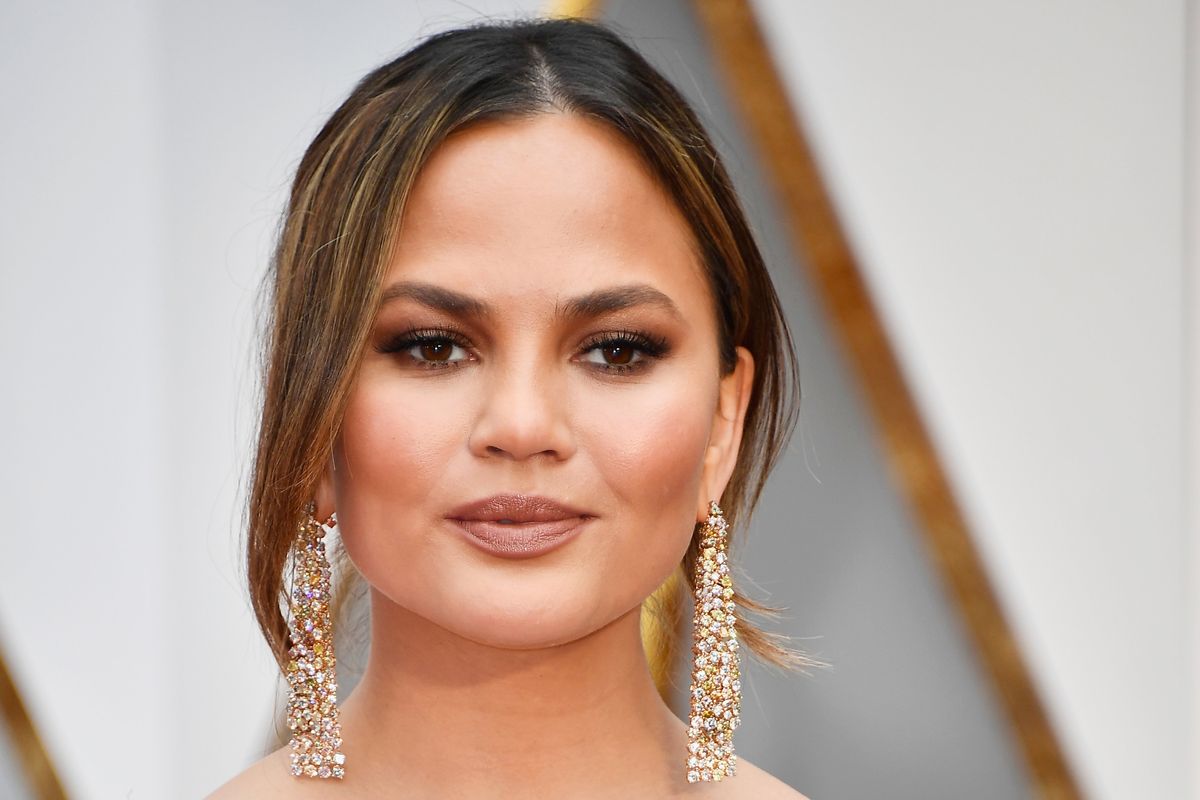 Chrissy Teigen has been hospitalized after experiencing severe bleeding during her pregnancy.

On Sunday, the supermodel — who is expecting her third child with husband John Legend — updated fans on the "scary" situation through a series of Instagram Stories posted from her hospital bed at L.A.'s Cedars-Sinai Medical Center.

Related | Chrissy Teigen Gets Real About Her Surprise Pregnancy

"So, we all know I've been on bed rest for a few weeks. And that's like super serious bed rest — like get up to quickly pee and that's it. I would take baths twice a week, no showering," she wrote. "But I was always, always bleeding. I'm about like halfway through pregnancy and the blood has been going on for like a month. Maybe a little bit less than a month."

And while spotting is common during pregnancy, Teigen explained that she was bleeding "a lot" — to the point where it was "never stopping" — and had to subsequently be admitted to the hospital.

"Honestly, just laying there would be blood," she continued. "But today, the big difference was that it kind of was like if you were to turn a faucet onto low and leave it there."

On Twitter though, Teigen then went on to ask doctors to not diagnose her via social media, before reassuring fans that she has "very good doctors who know the entire story."

"There's so much more than you can ever imagine. I share a lot, but not absolutely everything," she said. "So trust me when I say they know and I just want to keep things so simple for you guys."

I just shared as much as you need to know about what’s goin on, on insta stories - medical Twitter I beg you to please not diagnose me as there are so many factors that make me different from your patients 🙏🏼😊🙏🏼

Back on Instagram though, Teigen clarified that the main issue was that her "placenta is really, really weak," before saying it's basically like her son is "in the shittiest house" that is "just falling apart."

"It didn't have a good foundation to begin with, though," Teigen — who has always been open about her fertility struggles — added. "He didn't have the strongest chance at the very, very beginning."

And while she said there was not much she could do about it, she did say that she's still in "that weird in-between time of it being really dangerous to try anything."

However, she still feels "really good" that the "baby is so healthy" and feels like he is "growing stronger," compared to her pregnancies with children Luna and Miles.

"He moves a lot. He moves so much earlier than they ever did," she said. "He's so strong and I'm just so excited for him because he's so wonderful and just the strongest little dude. I can't wait for him."