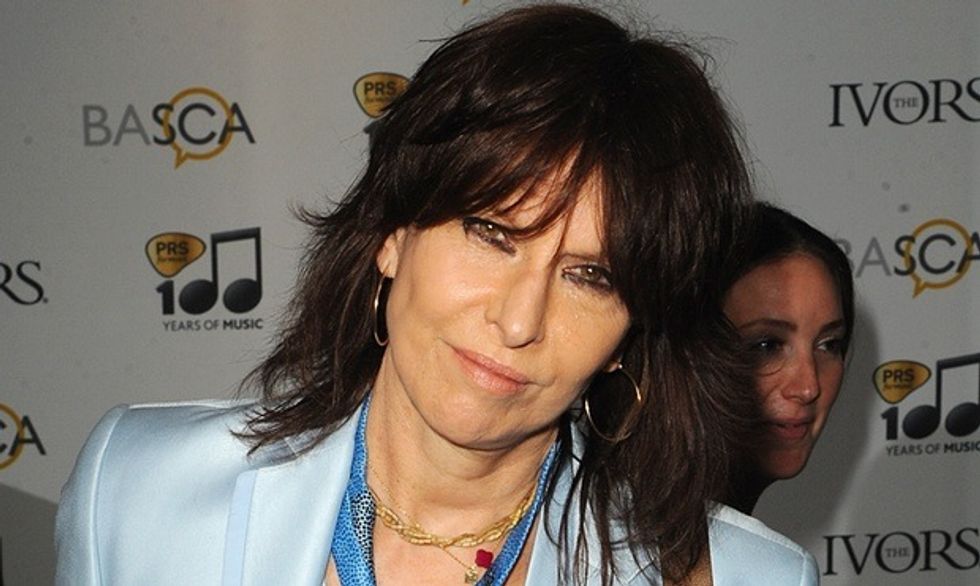 by Sandra Song
PAPERMAG
[photo by Eamonn M McCormack/Getty]
Last week, Pretenders frontwoman Chrissie Hynde got in some hot water for her controversial comments re: rape. Speaking with The Sunday Times, Hynde said her own sexual assault was, "all my doing and I take full responsibility," and that, "If I'm walking around in my underwear and I'm drunk? Who else's fault can it be?" -- a stance many have derided as victim blaming, including former Runaways bassist Jackie Fuchs.
Now in a new interview with The Washington Post, Hynde says she stands by her comments, telling the paper that people are, "entitled to say whatever they want. Do I regret saying it? I don't know. I haven't really thought about it." She then goes on to reiterate that what she said, "sounds like common sense," deflecting her statements by bringing up the Syrian refugee crisis, stating, "families have been destroyed and we're talking about comments that I allegedly made about girls in their underwear."
Even when asked about the implications this line of thinking may have for her own daughter's future, Hynde simply says, "Most people aren't as stupid as me. I wouldn't expect most people to do some of the stuff I did. But then again, most people don't get to be a rock star, either. We have to walk the plank. I don't think that's a sign of intelligence, I don't know what it is a sign of. I'm not saying I was asking for it. It wasn't the same as walking down a street in the middle of a nice evening and somebody dragging you into a bush with a knife in your throat." Ok.
[h/t The Washington Post]