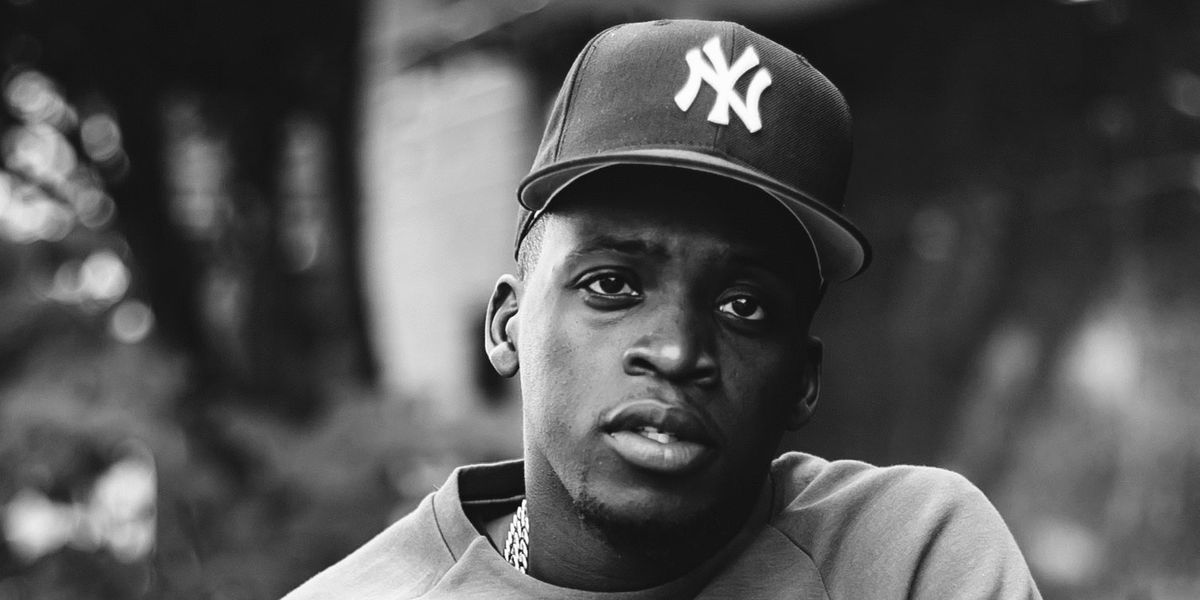 Trappin' Anonymous: The Podcast Introducing You to the Underworld

In 2016, Chris Stylez's aptly named podcast, Trappin' Anonymous, broke through the wall of independent radio shows to become a cult favorite among people from all walks of life. In interviewing trappers—whether they be drug dealers, scammers, sex workers, or anyone else making a living (at least semi) illegally—Stylez brought to life the rarely heard, lucid stories of the people from his native New York City.

As much a survival guide to hustling as an artful documentation of lives too often left in the shadows, Trappin' Anonymous uses voice distortion and trust between subject and interviewer to have conversations typically left to back rooms and streets. As the popularity of the show grew, Stylez expanded the subject matter to include trappers from all industries—including hedge fund bankers, police officers and entrepreneurs doing things their own way. Picked up by Tidal for even more episodes, Trappin' Anonymous' repertoire is only continuing to grow, touching on subjects like generational wealth, home ownership and market knowledge.

Read PAPER's conversation with Stylez below to learn about how he finds his subjects, his goal in reaching the next generation and what's to come in this next chapter:

How did Trappin' Anonymous get started?

I came up in Brooklyn, New York, and I've always been around this really warped sense of reality which I didn't even understand was even wrong until I became an adult. I grew up around, you know scammers, drug dealers. It was a tough neighborhood. I always had a fascination with the underworld and crime. I really always wanted to find a way to document things that we go through on a daily basis, because to us, it's normal, but to the world it may seem like this unbelievable place that we call home.

When did you decide a podcast was the right format to tell these stories?

Podcasts were becoming really popular, and everybody has the traditional way of doing podcasts with current events and pop culture, stuff like that. But I still wanted to take this platform and do something different. I was on vacation and it literally came to me: You've always wanted to interview these scammers. You've always wanted to interview these crooks, you've always wanted to talk to these people. You can do it through podcasting but how would you do it without giving up the people? You would distort their voice. It was a little conversation that I was having with myself, and it was just unfolding and unfolding and unfolding.

I had no idea how to run a podcast, how to structure it, how to edit it, how to change the voices, but I just knew that this was something that I had to do. When I got home from my trip I went to Guitar Center and I said, 'What do I need to start a podcast?' And he said 'Get a mic, get a laptop and get a program for your laptop and you're good to go.' And the rest is literally history. I went to my mother's kitchen and I recorded the first episode of Trappin' Anonymous.

How do you go about finding your subjects? Is there often hesitation to speak on the record about such sensitive topics?

You just really have to think about the integrity of a person. And that's one of the things I try to work on myself. It's integrity. I'm not somebody who's trying to sensationalize things for views and clicks—it's just good work. When you're doing good work—real, honest, honest work, things will find you. A lot of the people have found me, I'll be honest. I sought out a couple people that I knew were in underworld activities, but at the end of the day, it's therapeutic for somebody to sit down and speak about things that traditionally they would take to their grave.

But they tell their story for people to understand and learn something from it, right? That's the key. Trappin' Anonymous might deter you from whatever this entity is, or you might say, 'Hey, I still wanna do that,' but whatever it is, you're going to learn. Instead of walking in blindly, you're going to know some kind of information about how it goes. And that's my mission. I'm not here to tell you things are good or bad, I'm just willing to give people that information so they can take it and apply it to their life.

In a way it's an oral history project, where you're putting stories in the public record that normally wouldn't be told.

I think that's the beauty of it, right? This information, this content doesn't expire. That's why in two years you have 27 episodes, because I didn't think about the quantity but the quality. I have tons of episodes in my laptop that I'm not going to release because I have to select the quality to where it should be. Sometimes the person doesn't open up enough. Sometimes the person doesn't really want to answer the questions, or you don't really get the information that you want. Sometimes the fluidity of the conversation is not there, it's just a disconnect. Everybody you speak to is not going to just hit the nail on the head. When you hear it you know.

"It's therapeutic for somebody to sit down and speak about things that traditionally they would take to their grave."

Who do you hope is listening?

The next generation, I think that's the most important thing for me. I appreciate all my listeners, all across the world, I appreciate every single listener. But I really love targeting the people that are coming up next. If my story could inspire someone, that right there is doing more than enough. I love the fact that sometimes some people are older and they never even knew about this kind of stuff and never even knew people were living like this. And then the podcast has transcended the underworld into building credit scores, applying for a home—we'e got a hedge fund anonymous and an entrepreneur anonymous. We have so many different things because it wasn't just about the "bad" of the world. Let's inspire, let's encourage, and let's get people the information and knowledge that they can use to that next step with their life.

So often when media does cover stories of the underworld as you call it, it's being told through this (usually white) outsider gaze.

And now you've moved onto an even bigger platform with Tidal. How will things change?

I don't want to give away everything, but we're going to do an NYPD episode, just to bridge the gap between the neighborhoods of high crime and high violence, what people would consider to be the "hood," and law enforcement. We need more people from the neighborhood to want to become law enforcement, you know what I mean? That's a lot of what you're going to get out of NYPD Anonymous.

Especially in urban communities, people don't think that you can go into finance. We're just taught, 'Apply for a city job, retire in 30 years, get a pension, live life, bing, bang, boom. Don't follow any dreams, don't do any of this or that.' And we're also thinking the only way to be successful is to dribble a basketball or to become a rapper or a singer. The poorest person at a hedge fund meeting is making six figures. We need to have the high finance jobs as well. We need to highlight that you can go to school and become a private investor. Think about the money you could make in that world. But that world is not highlighted to us.

So you're going to transition into interviewing people from all different career paths?

Yes. The word trapping is usually considered like hustling, drug dealing, scamming, all that. So with this, it's like, let's take the word trapping and redefine what it means. Trapping is like getting up and going to school, going to work, coming home and taking care of your kids. That's trapping. Going to the 9 to 5 and trying to be an entrepreneur at the same time, or driving an Uber around the city, that's trapping. Trapping is any type of grind that you're on. The episodes are going to inspire people to get to that next step, whatever that may be. We just really want to take away the negative concept.

We're all surviving in a capitalist society.

When you are talking to subjects about illegal types of trapping, do you ever get into the dangers or downsides with them?

Absolutely. I think that's where the power is. The subjects take us through the journey: the highs, the lows, the regrets, if any. I feel like in our darkest hours, we really get to find out who we are. The power is not in comfort and convenience, but conflict and controversy. It's in the places when you're low, when it's dark, when no one's really there to assist you. I really like to get the hardest part of every individual story because it's going to help the audience find who they are too. You really find out who you are when things are not going good. You really find out who's with you when you have nobody to call. So I always like to take a trip into the downs.