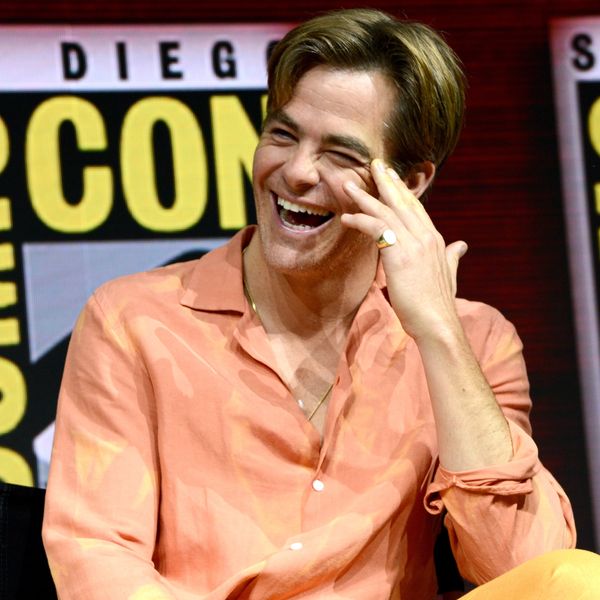 Chris Pine Showed Up To Comic Con As a Sorbet Snack

On the last day of Comic-Con San Diego, Wonder Woman actors Gal Gadot and Chris Pine joined the film's director Patty Jenkins to make an unexpected announcement. Their 2017 box office hit is officially being followed up with a much-anticipated sequel, Wonder Woman 1984. While fans were excited to see a brief preview of the movie (which has been filming for a little over three weeks according to Entertainment Weekly), Chris Pine's delightful sorbet outfit had the rest of us in a tizzy.

The actor's breezy peach button-down and dusty tangerine trousers — by New York-based menswear designer David Hart — made for an unexpected, albeit winning combination. Dressed in Hart's signature bright colors and modern take on nostalgic Americana, Pine looks like a delectable summer sorbet we'd all like to taste.

NCT 127 Is Being Criticized For Having Skin