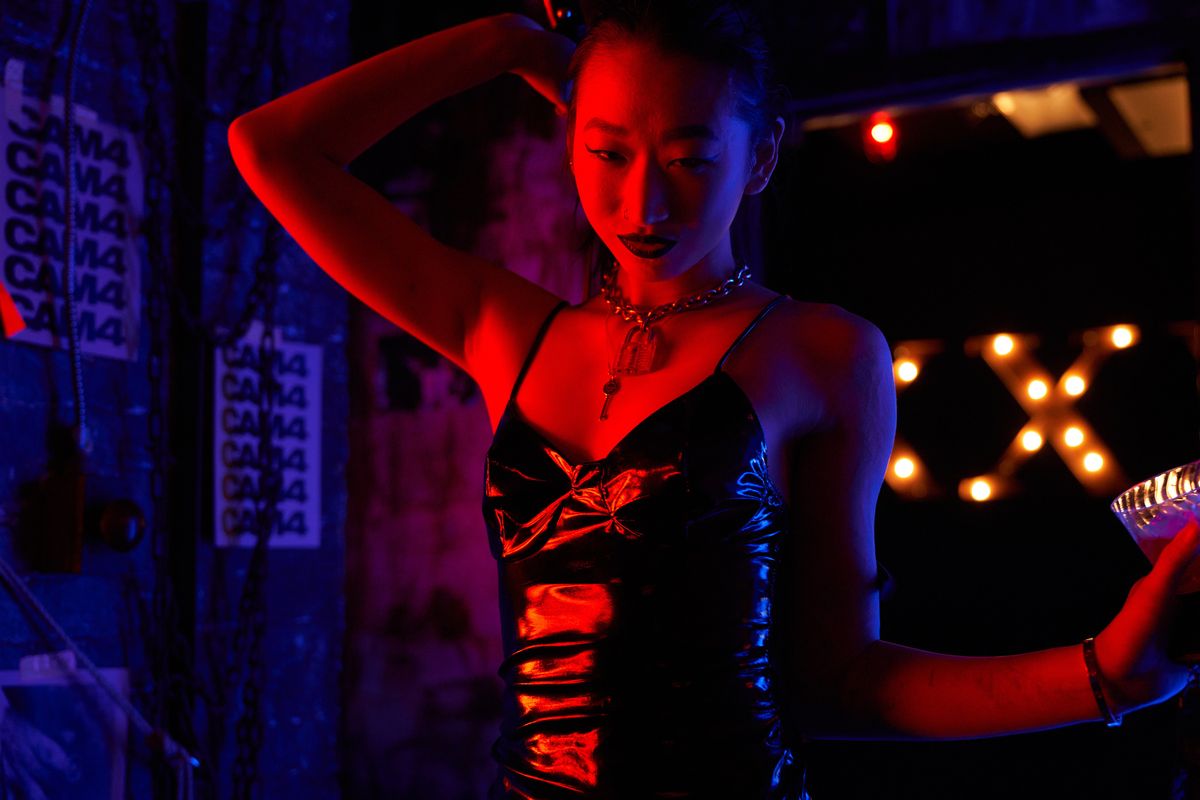 Think Kink: Inside Chris Habana's Celebration of Sex at NYFW

For the decade that Chris Habana has been making gothic and punk-inspired jewelry for his eponymous label, CHRISHABANA, he's been pushing boundaries. Never shy about utilizing fetish elements like chains, beads and even barbed wire, the New York designer really let his freak flag fly this season. Putting up the relatably titled, "Send Nudes" exhibition at a West Village sex club during fashion week, Habana's directive is to think kink.

Teaming up with fellow designers like CREEPYYEHA, Walter Van Beirendonck and Vasta Eros, as well as sponsors Cam4 Hud and NSFW, the exhibition had plenty more to offer than the many nudes on display. Mounting a series of installations all conducive to getting your freak on, the exhibition featured the option to star in your own CAM4 web show or get up close and personal and paint on a live model, Jacopo Olmo. The big finish was definitely the designer's very own sculpture composed of Rootstein mannequin parts, sex toys and selfies sticks with phones projecting very real nudes provided by fans and friends of the brand.

While the exhibition is right on brand for CHRISHABANA, its realization also meets a demand for action against the current crackdown on sexual freedom. For one, Tumblr banned all of its adult content back in December of 2018 and both Instagram and Facebook have revised their own policies, restricting sexual content and even banning female nipples. "Censorship is a problem and it's up to us as artists to stop this regression from continuing," Habana said in a press release.

The conversation sparked is a timely one with major implications about the future of sex and body positivity. In a world with tightening reins on sexual freedom, CHRISHABANA is doing his part to keep us free and, more importantly, freaky.