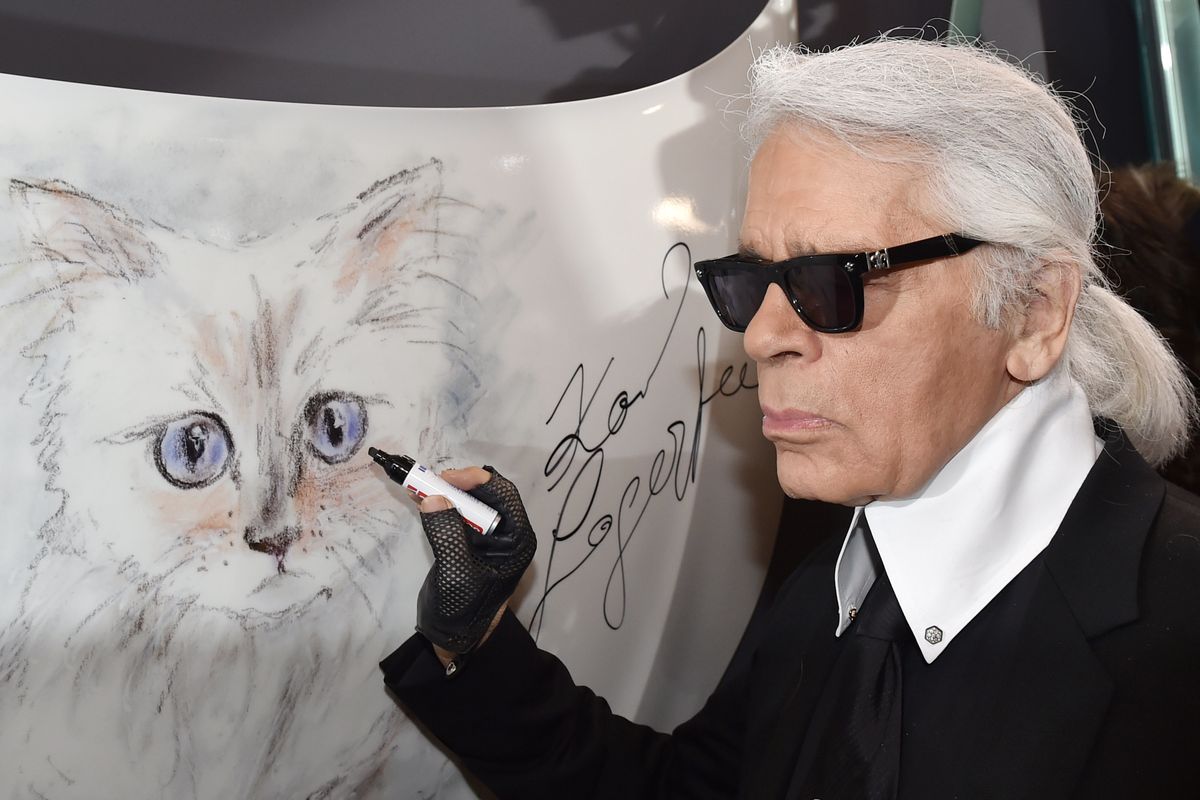 Many have speculated about the fate of Karl Lagerfeld's beloved Birman cat Choupette since the designer's death was announced yesterday morning, and understandably so. The fluffy, pampered feline — who has no less than two personal maids, her own Instagram account, and a penchant for manicures — was Lagerfeld's surrogate child. Surviving him may mean she stands to inherit a large portion of his reported $200 million fortune.

Elle points out that Lagerfeld has informally named Choupette as an heir in multiple magazine interviews. Just last year he told French publication Numéro that she was named in his will, "among others," adding that "there is enough for everyone." Lagerfeld likely left large amounts of money to close friends like the model Brad Kroenig, as well as his son Hudson. But Choupette will almost definitely get something.

While it is illegal to bequeath a pet money under French law, Lagerfeld's German citizenship could provide a loophole. There's actually some European precedent for beloved animals receiving lofty fortunes: an Italian cat inherited $15.6 million in 2011. In Australia, a pet chimpanzee once inherited $62.4 million.

If Choupette requires a new human guardian — who, it only stands to reason, would be entrusted with the management of her money — the PAPER digital editorial team would like to formally offer her a spot in our cubicle.