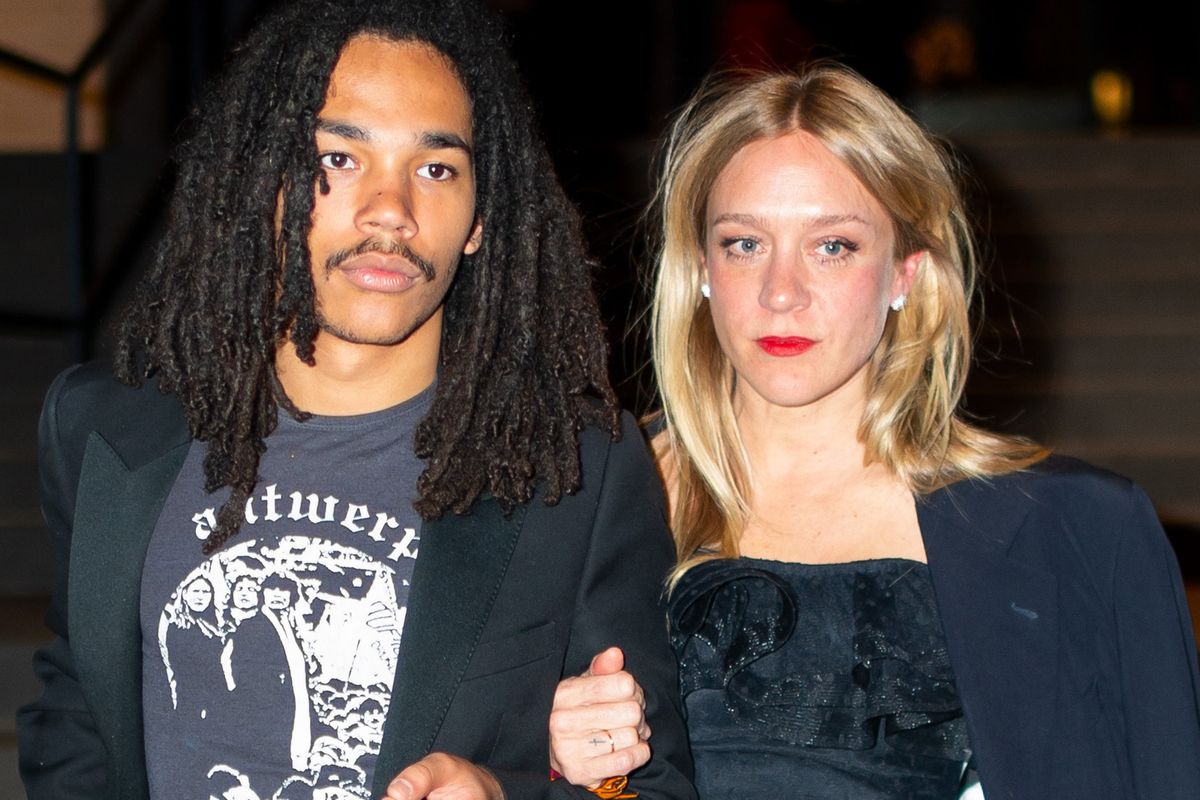 The internet is currently speculating that Chloë Sevigny and Luka Sabbat may be dating after photos of the two leaving Marc Jacobs' wedding together surfaced over the weekend.

On Saturday, Sevigny and Sabbat were seen linking arms and putting their heads together outside the star-studded wedding in New York City. In the photos, Sabbat — who was previously linked to Kourtney Kardashian — is pictured with his arm around Sevigny's shoulder, while other photos see the two snuggling and smiling.

People reports that the two met on the set of Jim Jarmusch's forthcoming zombie comedy, The Dead Don't Die. Earlier this year, Sevigny also talked about their friendship in The Cut's profile on Sabbat, in which she says she's even accompanied him on apartment tours.

"I remember seeing this beautiful boy and being totally struck," she said. "He smiled at me and I melted. I was like, 'Who is this kid?'"

Sevigny then went on to say that Sabbat's appeal is less "about his style," and "more about his energy and his vibe" — something she can relate to as a notorious style icon.

"There's gotta be something else, you know?" she continued. And from the looks of it, it definitely seems like that's the case.