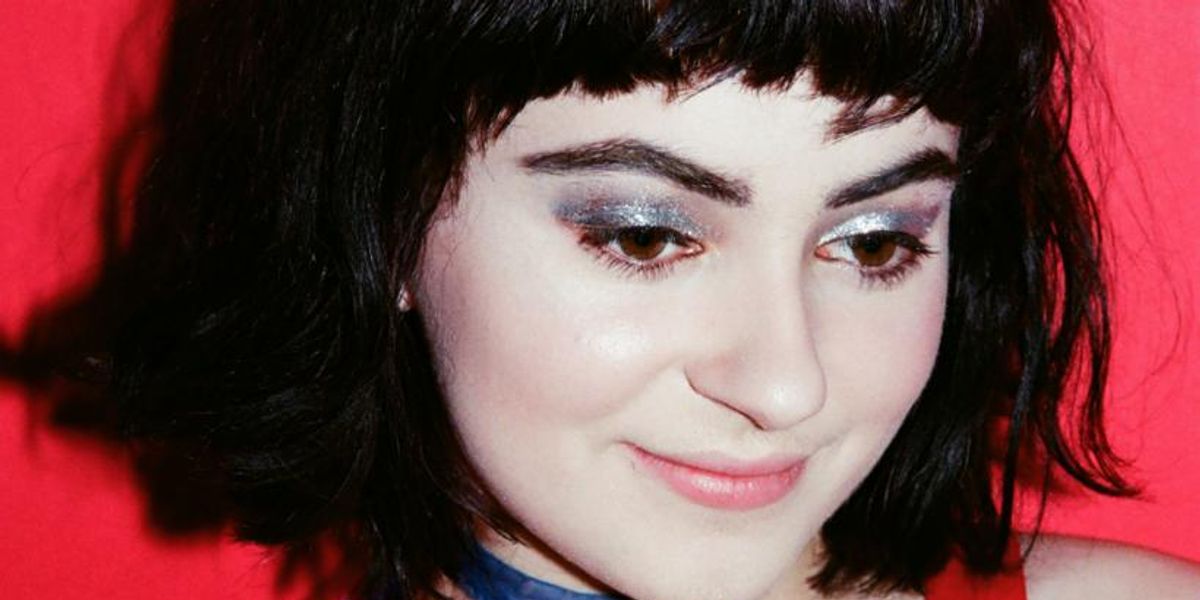 The future of fashion and brands relies on free-thinking youth, blazing with a fresh perspective ready to put their spin on outdated themes and trends and usher in the new. Among this growing pool of rebels shaking things up on the corporate side of fashion is 21-year-old writer/model Chloe Mackey, who's managed to leverage a popular style tumblr (formerly dubbed "YeezyTaughtMe," now going with the more demure url chloemackey.tumblr.com) lucrative career in fashion without a college degree or any easy-access Golden Ticket to success. Where most of her peers are still trying to land an unpaid internship, Mackey's hard work and original point-of-view have landed her positions in the editorial department of Opening Ceremony and, now, DKNY, where she's currently the editorial content manager.

As we celebrate the power of social media in its many iterations here on PAPER, we caught up with Mackey to learn more about growing up in small town Alabama, dying her hair from green to brunette and working a corporate, nine-to-five job.

On your Tumblr, you have a quote from Marilyn Monroe. Is she someone you look up to?

Definitely not. It's actually misattributed to her. When I redesigned my Tumblr to look like a Facebook page, I was thinking, 'What is the most basic About Me quote I could find,' so what I did was put something together that looks like every single girl on Facebook. I thought it was funny and went well with the page's layout, but I get a lot of weird Tumblr messages saying, 'I thought you were a lot smarter, Marilyn Monroe didn't say that,' and I'm like, 'Yeah, no shit.'"

As a kid, my mom used to let me dress myself no matter how ridiculous the outcome was. I've always enjoyed developing my own personal style, but decided [fashion] school wasn't really the path for me. Fashion happened organically because I had friends and connections already in the fashion industry, so it already made sense. I can't think of another path for me to go down that I would be happy with. I was at [Eugene Lang College] studying culture and media, which means absolutely nothing if you think about it. I really came to college wanting to be in New York and that was it. When I realized I could still be in New York and actually make money instead of pay $60k per year at a school that I don't even like, I left.

I grew up in very rural Alabama in a town called Cintre with no more than 5,000 people—so tiny. Ever since I was a kid, everyone told me, 'You're going to leave.' So the day of graduation, I didn't even say bye to anyone, I just went home and started packing. I worked so hard to get a really good scholarship and come to New York. I was just like, 'Fuck everybody, I'm outta here.'

What was it like growing up in such a small town?

It wasn't an accepting environment, which probably isn't surprising, but I was acting in very similar ways as I do now. I was dying my hair and wearing really bright clothing. When I was 13 or 14, I was crazy, crazy "scene" with teased hair. I didn't have a lot of friends, which was really bad. I left school in 8th grade because I was being bullied. I was really depressed and home schooled for a little while. I went back in high school, but it made me stronger and made me want to leave. I don't know if I wouldn't have left as aggressively as I did if I wasn't treated weird for being myself.

Which do you prefer: "fashion" or "style?"

I think style. The current state of fashion right now doesn't really interest me. Every fashion week I get more and more bored by what I see. What we need right now is more people willing to stick to their guns in terms of personal style and not just wear a bunch of beige silk shift dresses and little ugly clogs. Everybody looks the same. There's a uniform, especially among young people in New York. It's so fast now and everyone is taking outfits from the same closet. I love seeing people who have very unique style—cool old ladies on the street who're layering in a weird way. That's what's keeping fashion even remotely interesting to me.

You've built a brand around social media and your tumblr. Was this a way for you to mentally escape from Alabama growing up?

I feel like I've been sitting on my computer for about 50 percent of my life because I didn't have any friends in Alabama—I didn't have anywhere to turn to and didn't have any real source of inspiration, so when I got into this community of people, I blossomed and found what I was into. I don't think I would be here if it weren't for the community I grew in high school through the Internet.

Do you think the unifying effects of the internet has influenced people your age ?

I don't think any generation has been able to connect on a global scale the same way we have. I have friends that I've known since I was 13, but I've never met them. They live somewhere in Europe or Japan, so it feels like more of a global society among our generation in a way.

Why do you think people respond to you?

I get a lot of messages on Instagram or Tumblr [from] people growing up in small towns who really want to get out and do something different. I've always been very outspoken about that and very open about where I came from, how I got here—my battle with feeling depressed and having a hard time growing up in such a limiting place. People really respond to that, but I'm also dressed very colorfully [and] used to have green hair. The bright colors people really respond to. [I'm] a bright pop of color on your feed.

What's it like being at DKNY? Are you enjoying such a corporate environment at a young age?

It's great because I get a salary and health insurance, and I love being able to have a set schedule. It is a little bit hard. When I came into sign my paperwork after accepting the job at DKNY, there was a woman waiting in the lobby of the floor that HR is on and she was like, 'Oh, are you starting the internship program?' And I was like, 'No, I'm not.' A lot of people underestimate me in the workplace, especially when I had green hair. People were staring like, 'Who the fuck is this?' But as soon as I open my mouth, they understand I know what I'm talking about."