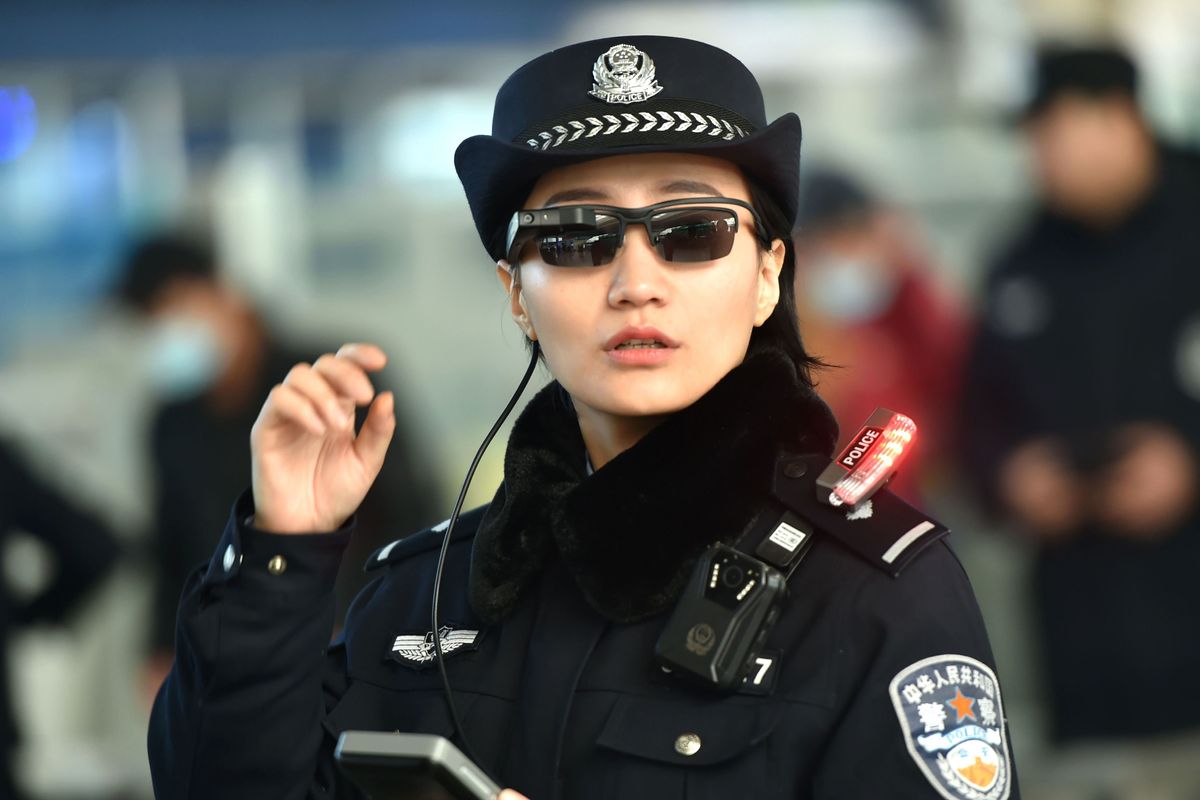 Conspiracy theorists were right all along: we're all being spied on and ~*bIg BrOtHeR iz alwayz watching u~*. Now, everyone panic.

Imagine if the police could find all the details of your identity simply by looking at you. This is not The Future (TM), or The Bourne Identity film franchise or Illuminati nonsense about Rihanna killing people to become more famous and powerful, thus enabling her to spy on our every move alongside the NSA, as if Being Rihanna isn't enough of a full-time job. Let it be known that these are largely American-based mythologies.

But now: Chinese police are able to use AI-powered surveillance glasses to track down potential crime suspects. Think Google Glass but with a creepier edge: cops wearing the shades can snap photos of people they see, and upload them to a database that reveals a person's name, gender, age, and ethnicity in one-tenth of a second. What's faster than that? Idk, the speed of light, maybe?

Reuters reports that the glasses were first unveiled last month, when police caught seven travelers using false identities during a test at a Zhengzou train station. The decision to use these glasses as way to beef up national security came with the recent vote for the lifetime rule of president Xi Jinping. But it also adds a layer of deeper censorship not unlike 45's ongoing assault of the free press. Journalists, suspected criminals, political dissidents, human rights activists and any other guests deemed unwelcome can be barred from government briefings and meetings.

It also adds a layer of potential for discrimination in dealing with suspects, human rights activists point out. Left unchecked, the President Jinping could enforce types of discrimination that could lead to a rise in false imprisonment. Thus, giving police officers individual authority to pursue virtually anyone they deem unsavory, a problem America is all too familiar with, what with the ongoing murders of black people at the hands of law enforcement.

The world's largest surveillance state is now more restrictive. Is America far behind (if we're not already there)?