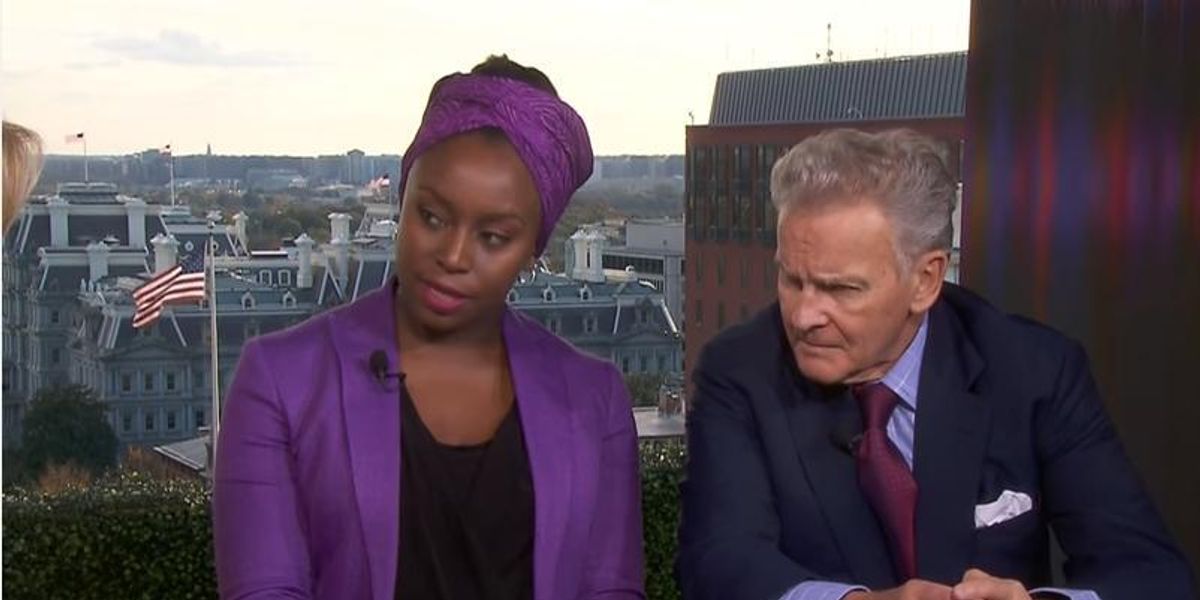 After being condescended to several times by Tyrrell, Jr., who, at one point, said (of Adichie), "I do not respond emotionally like this lady," also claimed that Trump has never been racist or included racism in his winning campaign platform. Adichie (rightfully) disagreed, informing her fellow panelist that many things Trump has said, including criticizing US Judge Gonzalo P. Curiel for having a bias against him (in the Trump University suits) because of his Mexican heritage, are objectively racist.


"I'm sorry, but as a white man, you don't get to define what racism is. You really don't," Adichie added.

In her Facebook post, Adichie accused the show's producers of "sneakily" pitting the two against each other for clicks.

It is a deliberately adversarial strategy that news organizations use in the pursuit of what is often called 'good television.' It is about entertainment. I told the producer that my condition was that I not be asked to respond directly to anything the Trump Supporter had to say. We could both air our opinions without being egged on to 'fight it out.'

Aside from calling out Tyrrell, Jr.'s willful ignorance of the violently hateful and bigoted movement Trump has inspired, she described why his bringing up her "emotional" response was so troubling:

Normally I would not think of 'emotional' as belittling. Emotion is a luminous, human quality. I am often emotional – gratefully so. But in this context it was coded language with a long history.