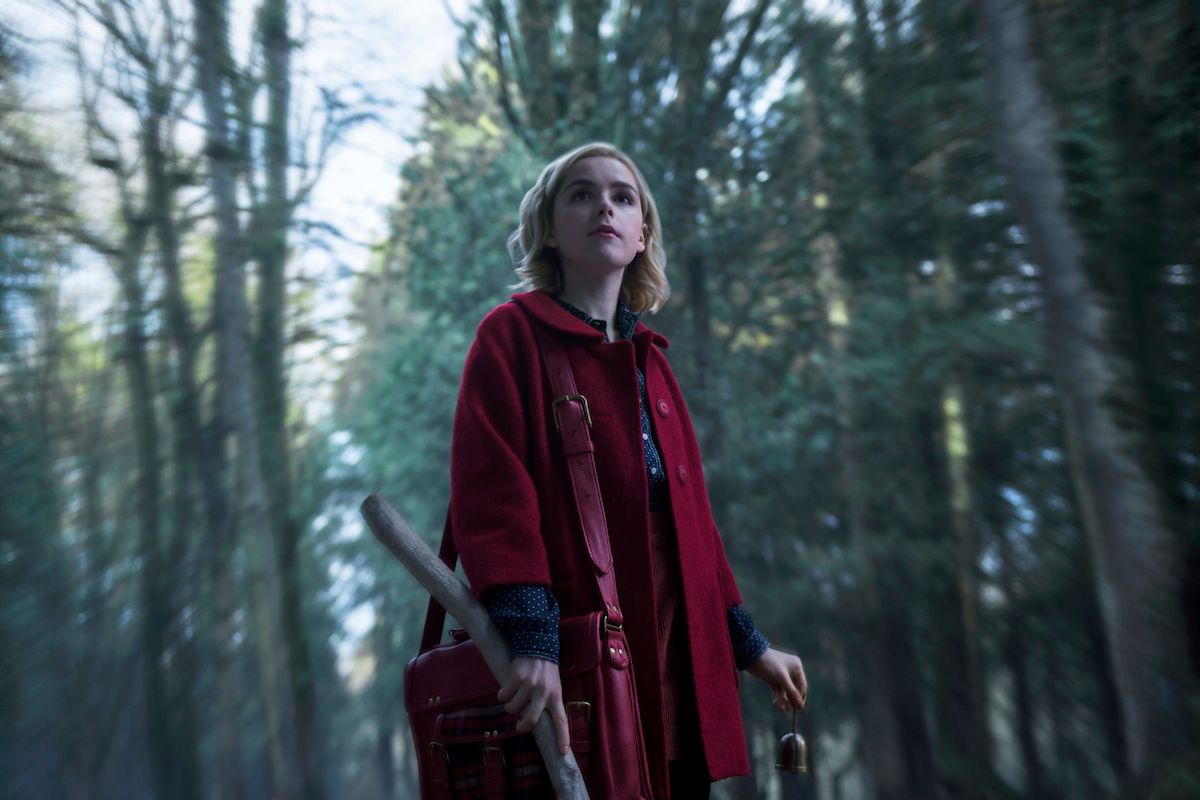 The 'Sabrina' Reboot Is All About Satan

Back in July, Netflix confirmed the October 26th release of the Chilling Adventures of Sabrina, a darker Sabrina the Teenage Witch reboot starring Mad Men's Kiernan Shipka. It is a perfect idea: a reboot playing on '90s nostalgia, a show with many spooky elements released during Twitter's favorite month, Shocktober, a breezy sitcom revamped with the sort of Golden Age of television-mandated dark lighting and prevailing sense of creepiness that would do Philbert proud. It's going to be amazing! And now there is finally a trailer!

The preview reveals that this is not your standard Melissa Joan Hart joint. Netflix's take on Sabrina, which focuses on the title character deciding between life in the mortal and supernatural worlds, involves Satan! There is Satan worshipping, Satanic possession, and a thwarted Satanic baptism. A character is named Madam Satan. There is, of course, a love triangle.

Fittingly, I saw Shipka eating at James Murphy-endorsed restaurant Night + Market Song last weekend. She looked very happy and excited, and was gesticulating with her hands a lot. If I was on a show with someone named Madam Satan, I would too!