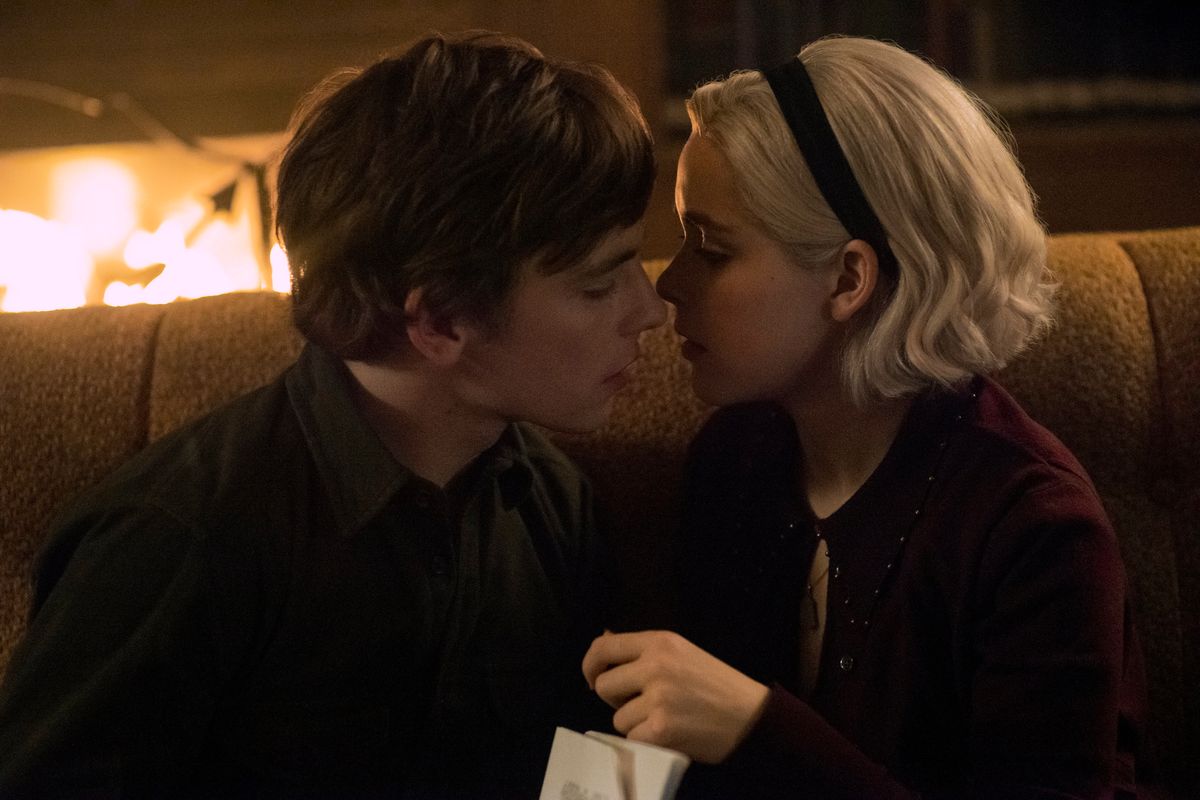 Mad Men's Kiernan Shipka as a vintage cardigan-wearing, platinum blonde Sabrina Spellman was one of Netflix's most inspired casting moves of 2018, and we've been craving more Chilling Adventures of Sabrina since the show's first season streamed in October. Happily, she and her two eccentric aunts are returning this Friday — mark that date in your diary, preferably in blood.

The surprisingly satanic revival of Sabrina the Teenage Witch, no doubt inspired by the success of another big Archie Comics-inspired Netflix/CW series, looks to be getting even darker and more ambitious in season two. A new trailer, set to The Runaways' "Cherry Bomb," hints that Sabrina will be spending less time with her boring non-magical friends and more time at the Witches Academy this time around, putting her on-off relationship with Harvey Kinkle in jeopardy. Also, Sabrina is maybe going to burn down Greendale High. That's one way to dispense with your mortal past.

Remember when the set designers of Chilling Adventures of Sabrina, were sued by the Satanic Temple for copyright infringement? It doesn't look like producers are afraid of more legal trouble. There are devils and demons and animal sacrifices galore.

Watch the full trailer for Chilling Adventures of Sabrina Part Two, below.