Children of the Corn at SueÃ±os 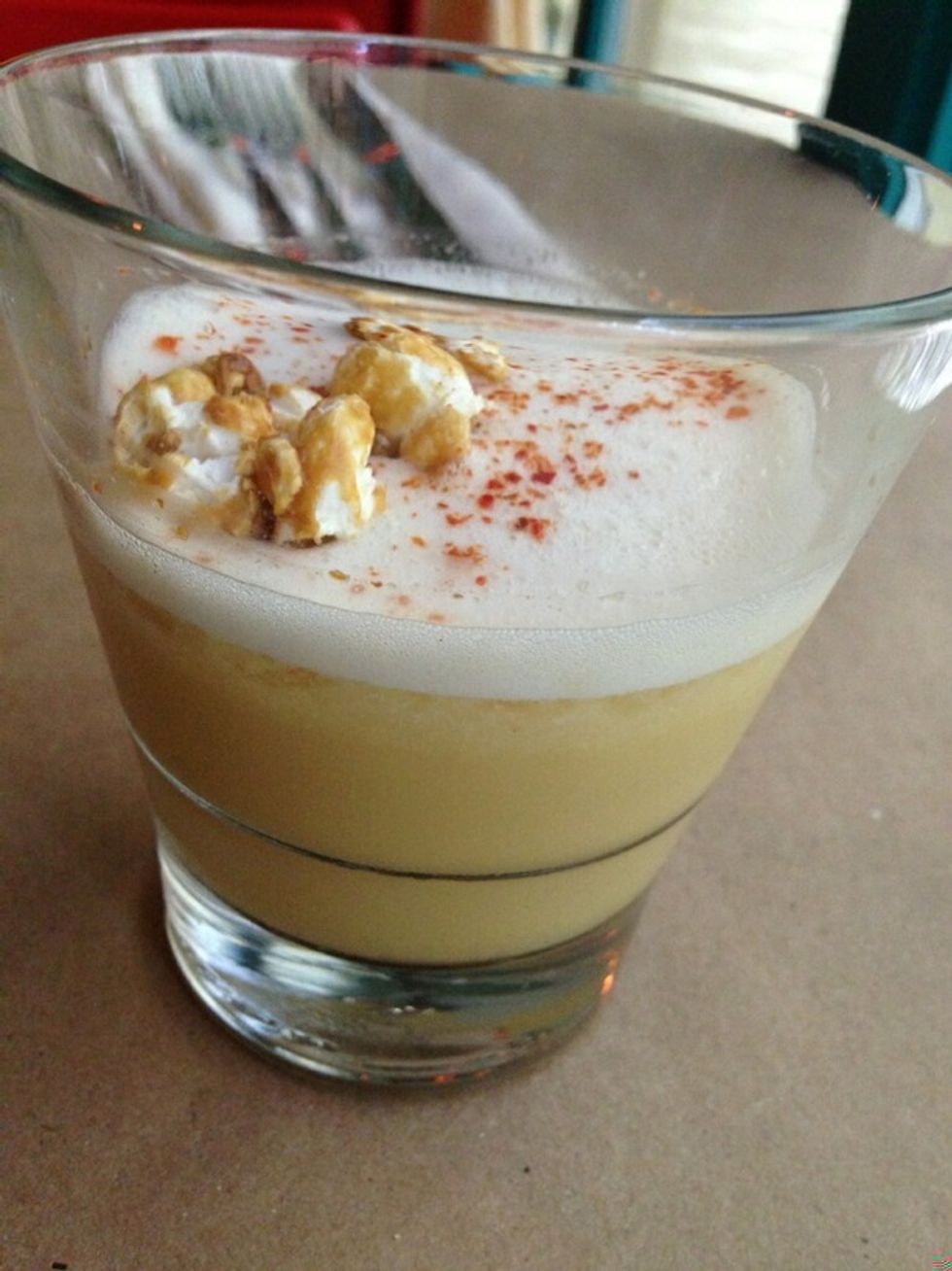 In a few weeks, the pool parties will start to dwindle and beer garden outings will require a sweater. But one of the saddest goodbyes to say this summer is to corn. These sweet, yellow-white Greenmarket kernels are in their prime right now, and should be eaten with the same gusto and urgency as those fleeting slices of watermelon. Or, if you're at SueÃ±os -- Sue Torres' colorful Mexican retreat in Chelsea -- you can drink in that bright maize flavor in the Children of the Corn cocktail.

Served only for the remainder of August -- Torres likes her corn at its seasonal best -- it's a supple after-dinner libation, best sipped leisurely after a golden mole-spiked huarache and inspired by bartender Dimario Wallace's affinity for a memorable corn and almond confection.

First, Torres creates an aromatic corn milk by scraping a kernel-shorn cob and pureeing that ethereal corn dust in a blender with the raw kernels and a touch of almond milk. Then Wallace melds it with Tequila (Don Julio in particular because "it stands its ground in cocktails," he says), amaretto to heighten the almond notes, a froth-inducing egg white, and, because Wallace likes his corn "overly sweet and a little caramelized," rich Pennsylvania-made maple syrup. Subtly spicy clove and ground chile pequin help ease the transition into autumnal climes. The playful popcorn garnish, Wallace points out, is an ode to a customer who declared the drink "tasted like liquid Cracker Jack's."

Dry shake egg white. Add all other ingredients in a shaker with ice. Shake well. Pour into glass. Garnish with popcorn.