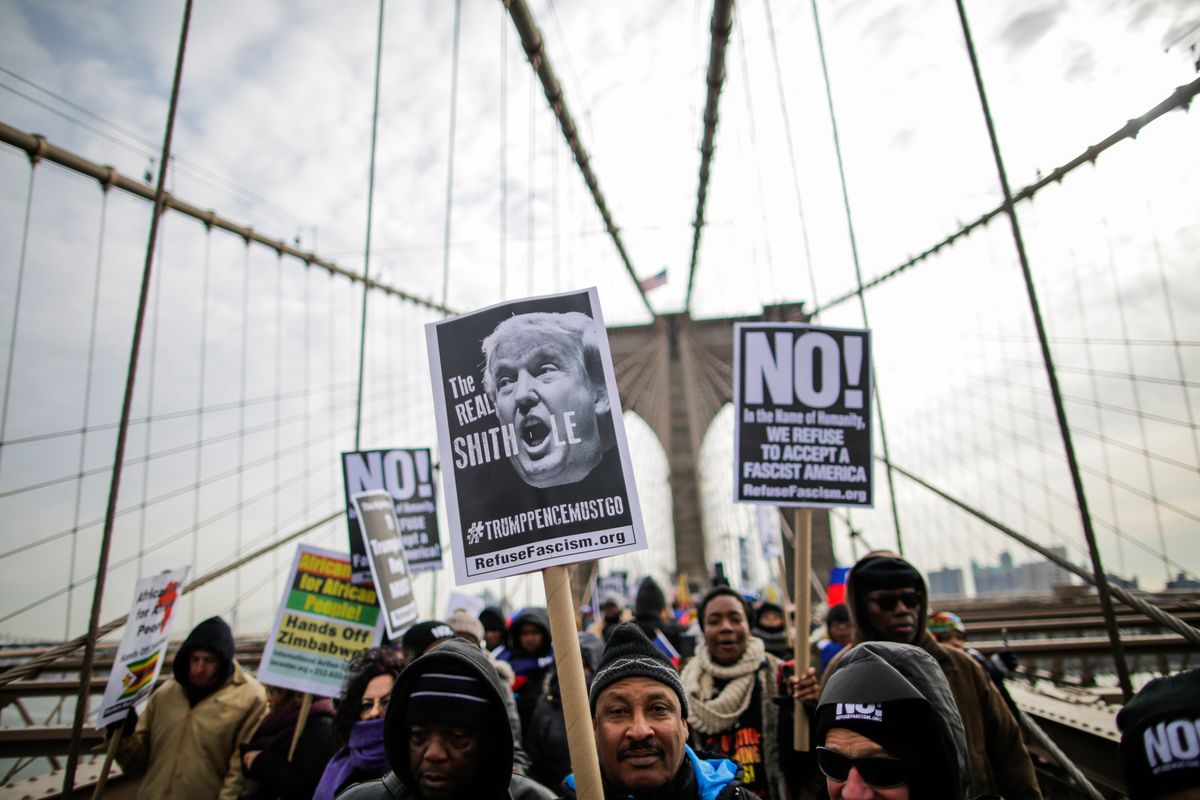 Audio of Children Crying Was Played Outside a Trump Hotel

Since Trump passed his inhumane and completely unnecessary "Zero Tolerance" policy, thousands of children at the US border have been separated from their parents, who are being charged with criminal activity, even if they wish to enter the country to seek asylum. Children have been detained in warehouses and old Walmart buildings, an undeniably traumatizing experience. On Monday, ProPublica released audio of some of these children crying for their parents.

Related l How to Help Families Separated at the Border

Today, as people arrived at a Trump Hotel in Washington, D.C. for the America First Action event, which is a GOP fundraiser, members of liberal organization American Bridge 21st Century played the audio clip of children crying from speakers outside the event.

Amelia Penniman, a spokesperson for American Bridge, said, "Trump and his wealthy cronies are refusing to hear the cries of families torn apart by his actions. Tonight as they toast their callous policies, we'll be on-site to force them to listen."

Kirstjen Nielsen, who is the secretary of homeland security, was also recently confronted by protesters at a Mexican restaurant in Washington, D.C. for her support and execution of the Zero Tolerance policy.