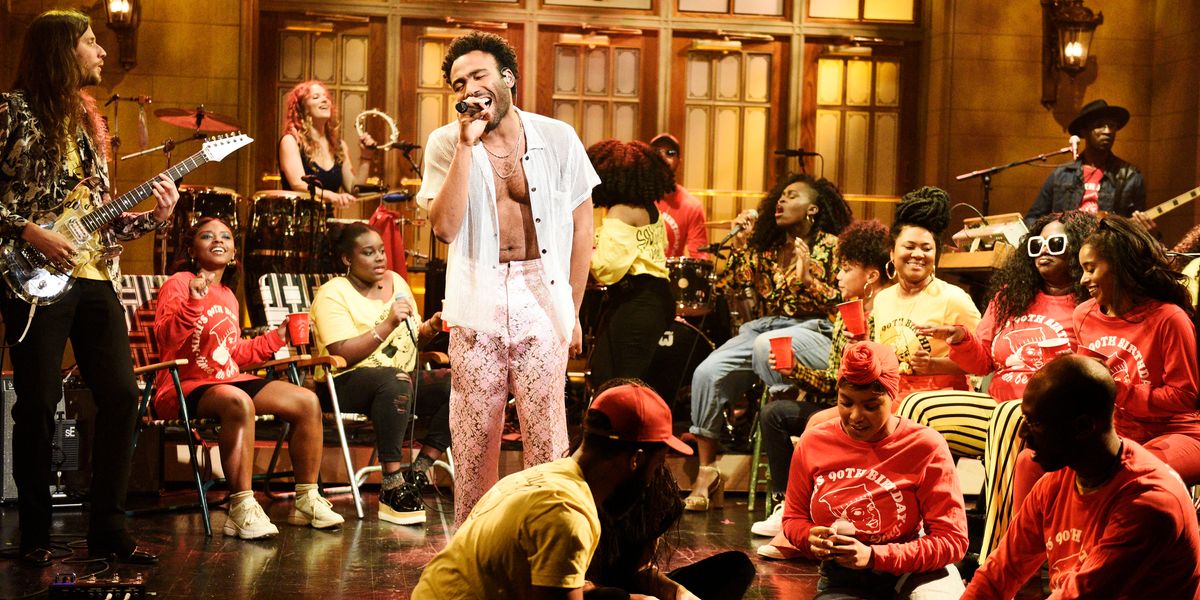 The latest SNL surprise: Childish Gambino releases new music since "Awaken, My Love!" in 2016. Can't say we didn't call it!

It came without warning and happened smack dab in the middle of his appearance on the show. The artist tweeted the link for a new music video for his never-before-heard new single, "This Is America," right before Daniel Kaluuya (from Get Out and Black Panther) introduced him for his performance of the song live onstage.

The very title of the song already suggests political commentary, and the lyrics and music video do not disappoint. The track — which also features Chance the Rapper, Smokepurpp, and Young Thug — switches in and out of verses that hold heavy meaning. The music video, shot in an empty warehouse, also has dark comedic elements. Gambino dances like a madman while chaos ensues, and causes a little violence himself by wielding guns and shooting his choir with what looks to be an assault rifle.

But aside from the premiere of "This is America," Childish also had Zöe Kravitz introduce him for the debut of another song entitled "Saturday." The song discusses the woes of working 9 to 5, with lyrics saying "Money is tight," but the happy melody and the lightness of the chorus make this song a danceable bop perfect for a Saturday night.