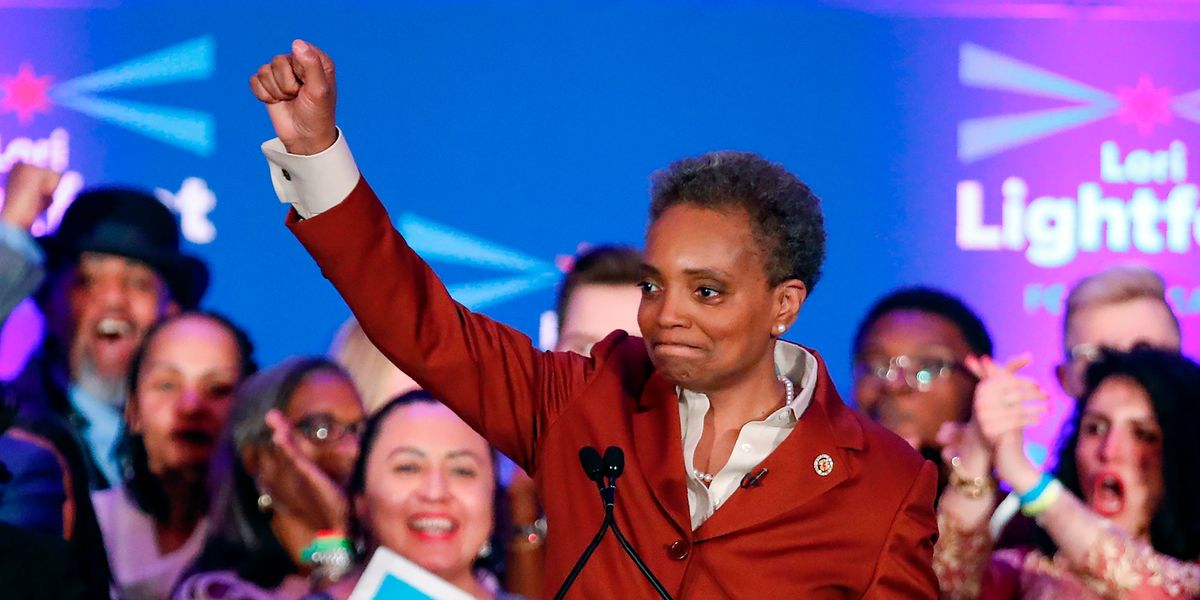 Following the results of a historic runoff election, Chicago has officially elected Lori Lightfoot as its new mayor. Lightfoot handily defeated her opponent, Cook County Board President Toni Preckwinkle, with 74% of the vote to become the city's first ever Black lesbian mayor.

Related | Chicago's Incoming Mayor Will Be a Black Woman

A former federal prosecutor, Lightfoot served as the president of the Chicago Police Board, heading up the department's Office of Professional Standards and the city's Police Accountability Task Force created following the fallout from the fatal shooting of Laquan McDonald. Lightfoot ran on a campaign aimed at helping low-income residents, through police reform and ridding the city of corruption.

Serving the nation's third-largest city, Chicago's political system has notoriously been plagued by rampant corruption. Public opinion of outgoing mayor, and former Obama Chief of Staff, Rahm Emanuel had steadily soured with many regarding him as yet another part of the city's Democratic machine. Emanuel was widely criticized for his handling of the McDonald shooting and faced calls for resignation amid protests and internal investigations. Having previously never held an elected office, Lightfoot's positioning as a progressive outsider appealed to voters, especially stacked up against Preckwinkle who had been caught up in an alleged extortion scandal earlier this year.

Even before all of the ballots had been counted, the election promised to be a historic one with a crowded field of 14 candidates all vying for the top office, some with celebrity endorsements from the likes of Chance the Rapper and others coming from a family that held a 40-year mayoral dynasty. After the dust had settled last month, Lightfoot and Preckwinkle were the two left standing, with both in position to become the city's first Black female mayor. Lightfoot's victory means she will also be Chicago's first openly LGBTQ+ mayor.

"Out there tonight a lot of little girls and boys are watching," Lightfoot said at her campaign celebration last night. "They're watching us. And they're seeing the beginning of something, well, a little bit different. They're seeing a city reborn. A city where it doesn't matter what color you are, where it doesn't matter who you love, just as long as you love with all your heart."

The city also saw a massive shift in the makeup of its aldermen with a number of incumbents being unseated last night, resulting in the fewest number of white politicians in the legislative body since it was introduced in the 1920s.