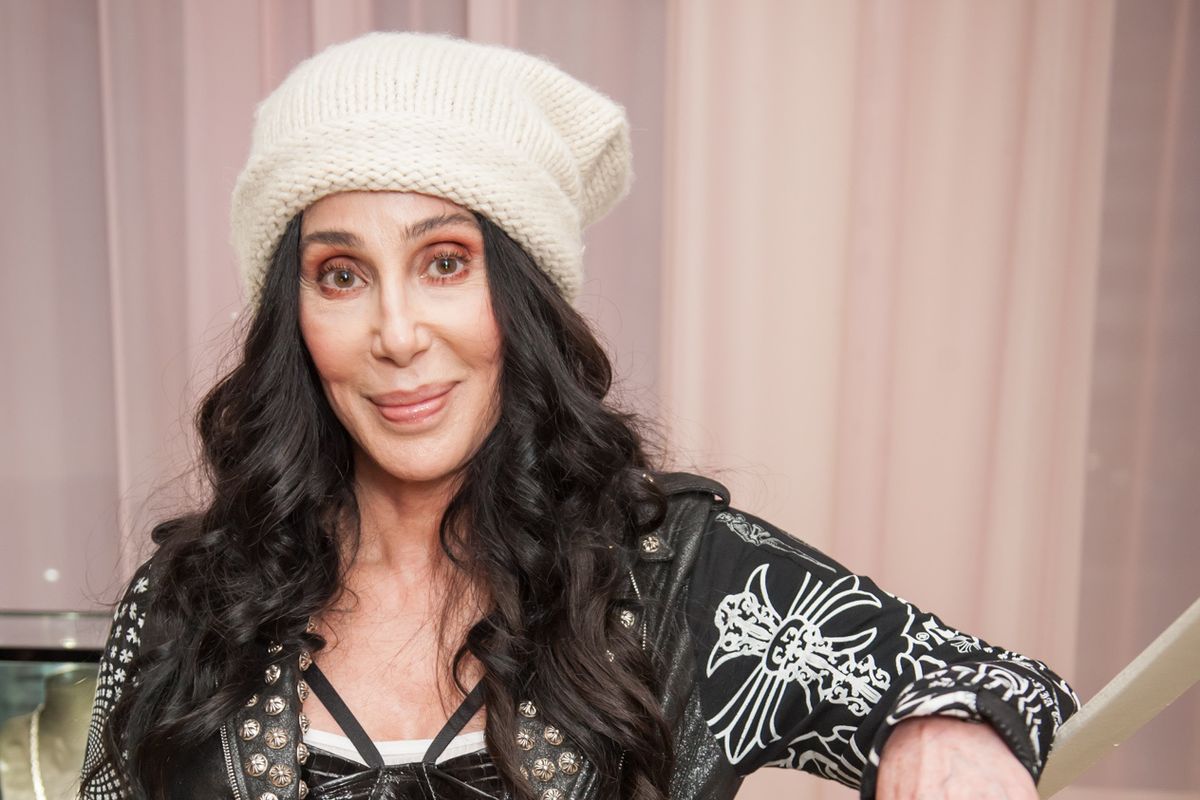 I've always wondered what Cher did when she wasn't busy sending out confusing tweets, starring in a Lifetime movie about the Flint water crisis, or overseeing the creation of a musical about her life. Well, apparently, she's been spending at least some of that time listening to trap beats while looking for words that rhyme with "ooga."

The 71-year-old legend will be lending her voice to the soundtrack for Home: Adventures of Tip & Oh, an animated Netflix series based on Dreamworks smash-hit Rihanna-fronted film Home. Taking the form of "Chercophonie," an alien that is friends with the show's main characters Tip and Oh, Cher's latest song is unexpected (yes), but no doubt attention-grabbing. Called "Ooga Boo," the two-minute track finds Cher singing about life being a "game of hide-n-seek" where "what you find makes you unique" over a trap beat that wouldn't sound out of place in a Diplo DJ set. The song also comes with a fun animated video, where Cher, playing her character Chercophonie, bats her eyelashes, transforms into the moon, and sits on a monogrammed throne that's at least three times her character's size.

Of course, it's all brilliant.

See Cher's very typical Cher tweet about the song and listen to the certified banger below.