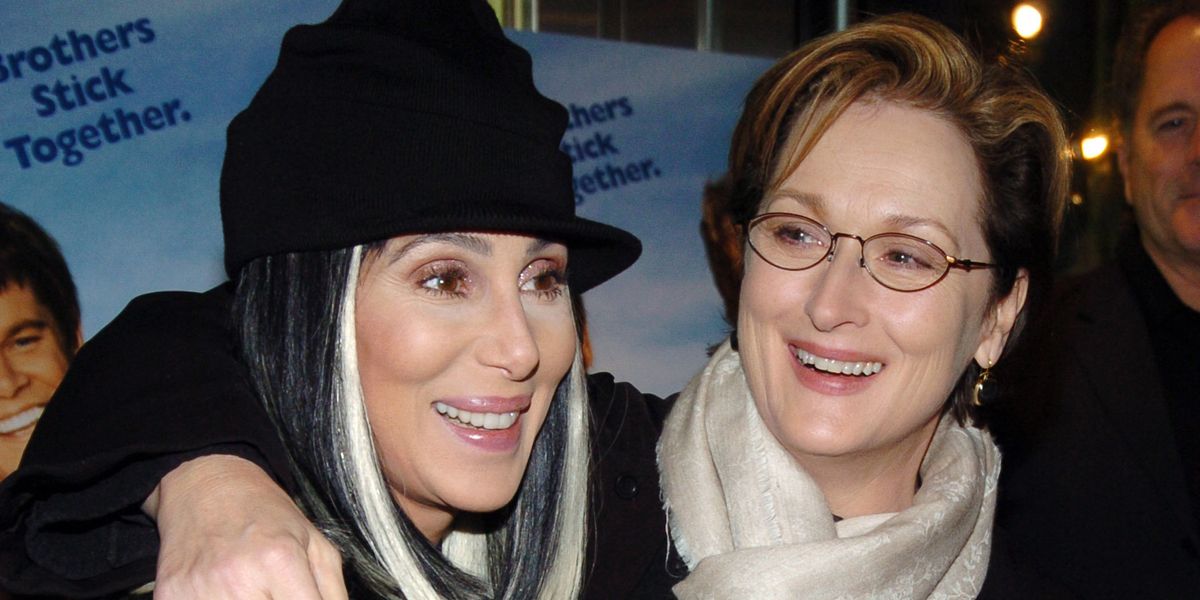 Cher and Meryl Streep Saved a Woman From Sexual Assault

In further proof that not all heroes wear capes, global supernovas Cher and Meryl Streep have opened up about chasing away an abuser attacking a young women in downtown New York.

Related | A Close Reading Of Rihanna And Cher's Twitter Exchange

It's a story that has already been partly broached by Meryl Streep in the past, but was resurrected and recounted in full by Cher as the two promote the Mamma Mia! Here We Go Again sequel, in which they both star. On James Corden's The Late Late Show, Cher explained that the duo were out for ice cream in Manhattan when they heard screaming and saw a woman having her clothes ripped off by a "gigantic man."

"Meryl starts screaming, I start screaming," Cher explains. "We run towards this gigantic man, he turns at starts running towards us, just out of nowhere, we split and he runs through us."

The pair then comforted the girl, who turned out to be an actress herself, and pieced her clothes back together. Cher concluded the anecdote with the fact that the woman, naturally, was extremely excited to be saved by the Meryl Streep and Cher, telling the pair all her friends would be jealous.

Cher and Meryl Streep: the neighborhood watch of our dreams. Watch the full clip, below.