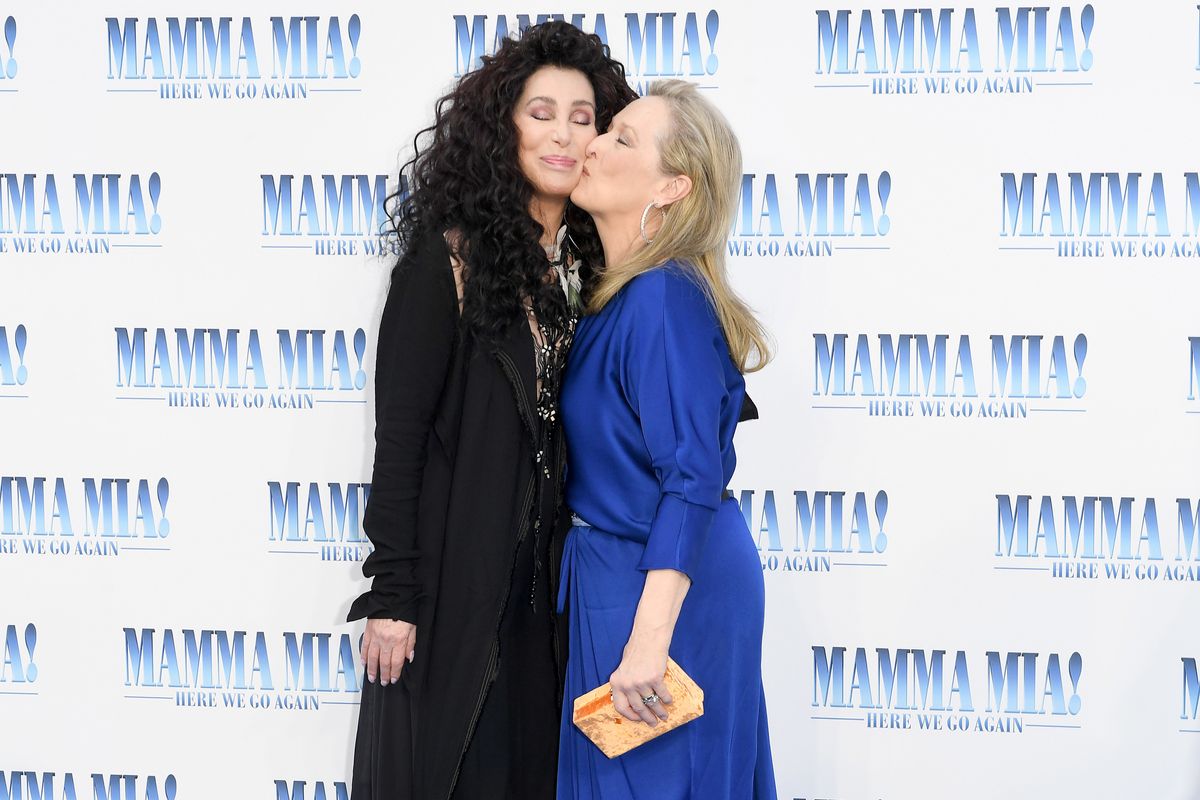 Last night, Cher and Meryl Streep walked the blue carpet together at the Mamma Mia: Here We Go Again premiere in London, like an Abba-themed Silkwood reunion. And surely any photos of them would have been meme'd to death under any circumstances, but they chose to really give the Internet something to chew on: they kissed. And Twitter went insane.

Cher plays Streep's mother in the film, despite the fact that at 72, she's only three years older. "That doesn't make any difference," she told People. "I was thrilled to death, and it was so silly. It was great fun, and I love [Meryl], so it was perfect,"

In an interview with Variety, Mamma Mia writer-director Ol Parker emphasized that it was a pleasure to work with Cher (obviously). "Cher is a remarkably lovely person," he said. "She didn't have to be. She is one of those people who is so next level. If Cher was to be a diva, she could be, but actually she's warm, lovely and friendly."

After the success of her "Fernando" cover for the film's soundtrack, Cher told Kathie Lee Gifford that she recorded an entire album of ABBA covers. We are not worthy.

While Cher is obviously the main draw here, there was another iconic moment from the Mamma Mia premiere, when an intrepid reporter informed the legendary Christine Baranski that she has Big Dick Energy. Her reaction was priceless.