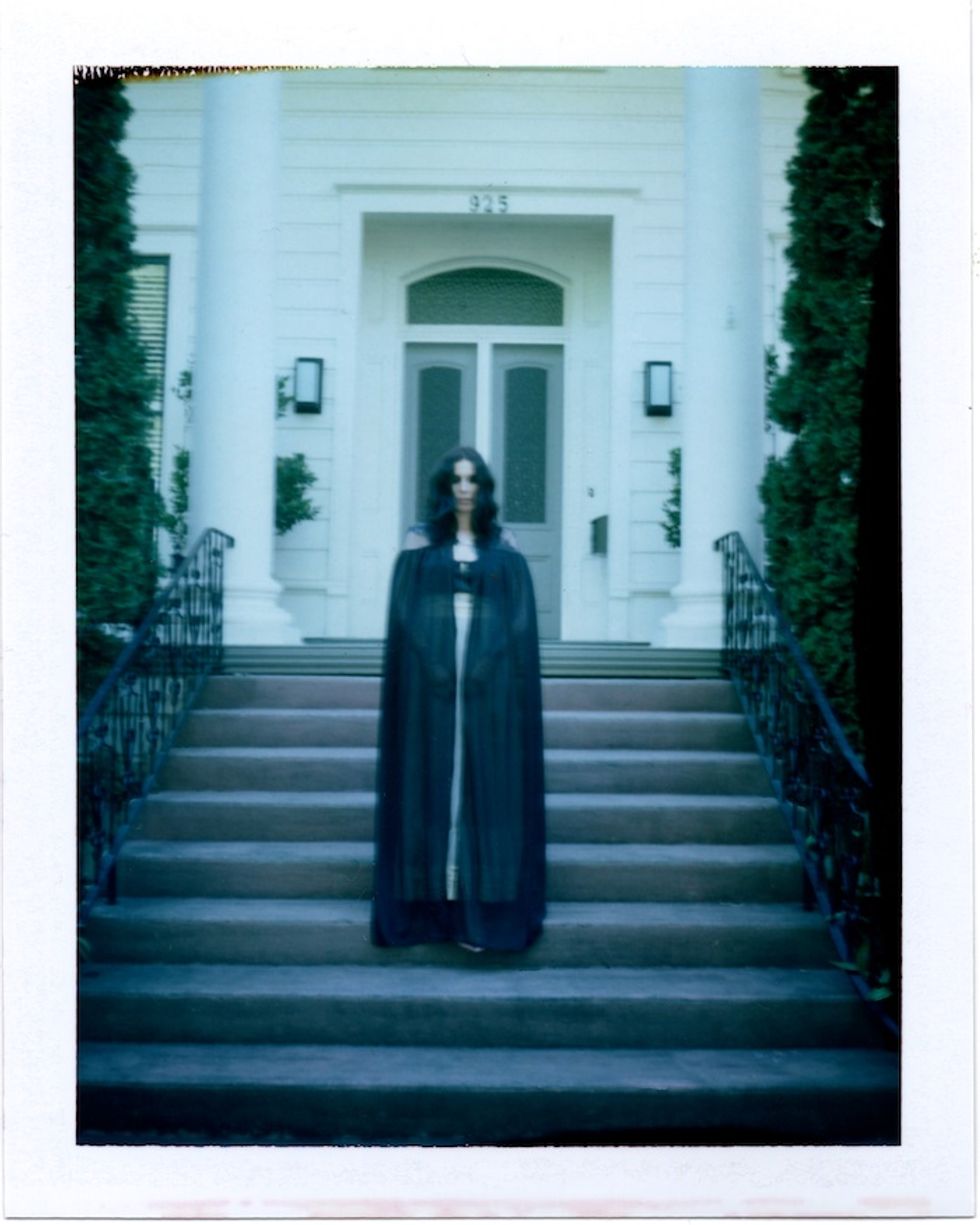 By Sandra Song
PAPERMAG
photo by Zohn Mandel
Chelsea Wolfe may be known for her unique brand of "doom-drenched folk," but her music taste spans generations and genres, as proven by her deep, abiding love of Aaliyah. Hot off the release of the critically-acclaimed, definitively metal-drenched Abyss, the singer also sat down with us for a brief chit-chat about exploring her sleep paralysis, her anxiety and a few of her favorite songs. Read our Q&A below.
I know you mentioned this album was inspired by your experiences with sleep paralysis, what was that like? How did it play into the writing of this album?
Sleep paralysis for me comes in the form of shadow figures.. I wake up but the figures from my dreams are still in the room around me. It's given me a lot of anxiety/paranoia over the years - it's an intense way to wake up - but I never really addressed it before. For this album I was interested in exploring the subconscious and experimenting with dreams.
How did you start songwriting? Was there a particular experience you had that compelled you to start? Like listening to one of these artists you've included, for example.
I grew up listening to my dad play guitar and sing harmonies in his country band. He had a home studio where they'd practice and record. As a kid I wanted to record my own songs so he set me up with an 8-track. My sisters would sing backup. The vibe of those earliest songs was like, Aaliyah meets Fleetwood Mac - what I was listening to mixed with what my parents were listening to. "Age Ain't Nothing But A Number" was my favorite song then. Anyway, I was always writing and recording from a young age, and I never stopped.. It just took me a long time to get to the point of sharing my music and playing shows.
Each of your albums seem to tackle a distinct sort of subgenre of sound, what direction do you think is next?
I have some ideas in mind, but I usually let the songs guide me, so we'll see.
You also made us a playlist of some of your favorite songs, and I think can hear a lot of Abyss in here. If you could pick one stand-out song that best represents the vision you had while making this album what would it be and why.
That Vladimir Vysotsky song, and specifically that performance of it, is something to aspire to. I relate to the seriousness of it all. I wanted Abyss to have moments of vulnerability and rawness in it. I had to let myself become a little broken.
Can you walk us through each track you picked. What special significance do they hold for you?
"Poppies" by Buffy Sainte-Marie:  A friend in high school bought the "Illuminations" record because she was intrigued by the cover photo. I don't remember listening to it back then, but the album cover stuck in my head. I re-discovered her a few years back and felt a kinship, especially with "Poppies."
"Capricious Horses" by Vladimir Vysotsky: Thankful to whoever turned me on to him. I'm obsessed with this video.
Age Ain't Nothing But A Number by Aaliyah: My earliest songs as a kid were influenced by Aaliyah.
My Middle Name is the Blues by Abner Jay: His songs and melodies are so beautiful, descriptive and heavy.
S:H:S by True Widow: One of the best bands around. Best friends too. Their music can put you in a trance.
A Dying God Coming Into Human Flesh by Celtic Frost: I used to watch this video so much with my friend (drummer) Jess Gowrie. She turned me onto a lot of cool music.
Chelsea Wolfe is touring the US & Europe this fall.
From Your Site Articles