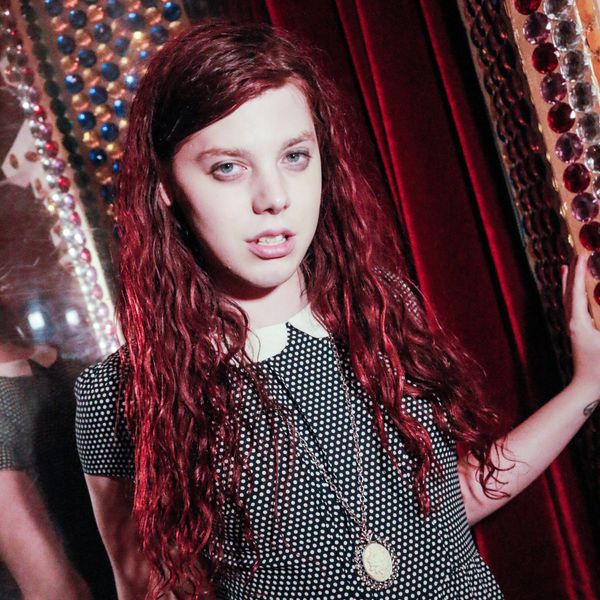 The kind of DIY work that Poe's become known for, it makes sense that the film isn't a distant cry from her Midwestern noise punk roots. Because while she initially wanted to pursue music upon graduation, Poe found it difficult to find creatively fulfilling job opportunities in the midst of the Great Recession, especially as a trans woman. Instead, she began playing in punk bands, throwing shows, and camming to supplement her income.

From there, Poe moved to the Bay Area. And though she initially rose to prominence as a performer with a dedicated fan base, she also garnered a fair amount of notoriety through her activism for trans performers — even though it initially got her blacklisted by a lot of companies. Her largest contribution? A Change.org petition asking the industry to get rid of the derogatory, transphobic slurs historically used to market performers.

"Our society is becoming more aware of trans issues, but there's still a long way to go."

In addition to being terms linked to the fetishization of trans identity, Poe also points toward an old argument she used to cite during the campaign's height: The fact that these slurs are the words "trans women hear when they're being attacked or murdered, and that's just not appropriate."

Thankfully though, Poe says that "a few sites that used to use derogatory terms ended up working with me" and changing their interface — a switch that also led to other sites, especially the ones that "considered themselves 'premium trans content,'" to follow suit. Poe also notes that she began seeing award shows changing their names, as well.

"A lot of them aren't afraid to work with trans performers anymore," Poe says, acknowledging the "night and day" change she's seen within the past seven years. However, while there's less "overt discrimination," Poe says there's still a lot that needs to change. Because while she may not be competing at the AVNs — the Oscars of the adult industry — under the "shemale/tranny" category anymore, aggressive, backhanded comments still happen.

"It's just a lot more subtle now," she explains, pointing toward the fact that even though the AVNs are sponsored by MyFreeCams — a site that still doesn't allow trans performers — the television broadcast is now showing the winners of "Best Transsexual Performers of the Year," albeit extremely belatedly.

"Our society is becoming more aware of trans issues, but there's still a long way to go," Poe observes, before stating that she believes the next step is for the mainstream industry to expand this reach to Black trans women in the industry.

"They've done a really poor job of that so far," Poe says. "There's a long, long, [much further] way to go there."