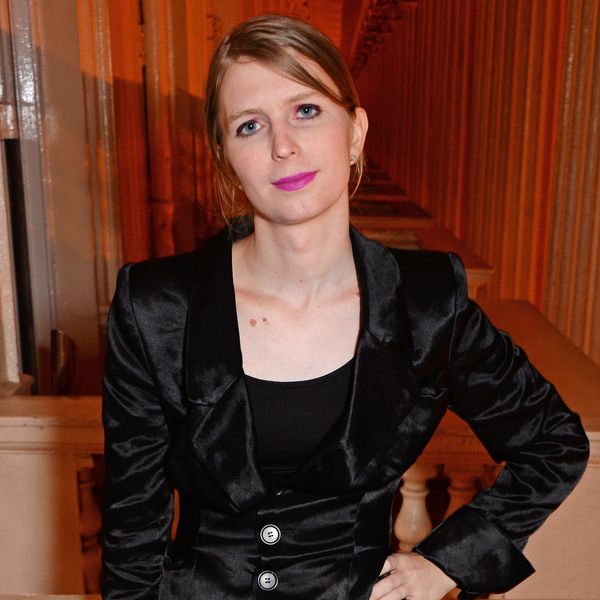 Chelsea Manning was arrested on March 8 after refusing to testify before a grand jury in a secret Virginia trial concerning WikiLeaks and Julian Assange. Supporters of the whistleblower are now saying that she's been held in solitary confinement since her arrest, and are calling for her to be released.

"We condemn the solitary confinement that Chelsea Manning has been subjected to during her incarceration at William G. Truesdale Adult Detention Center" reads a press release shared by her the group Chelsea Resists.

Manning has reportedly been isolated in her cell for 22 hours every day since her arrest, 17 days ago. The facility, according to the statement, doesn't define her treatment solitary confinement. Instead they're claiming she's in "administrative segregation:" "a term designed to sound less cruel than "solitary confinement."

"Chelsea can't be out of her cell while any other prisoners are out, so she cannot talk to other people, or visit the law library, and has no access to books or reading material. She has not been outside for 16 days [as of 3/23]. She is permitted to make phone calls and move about outside her cell between 1 and 3 a.m."

According to the National Commission on Correctional Health Care, these euphemisms for isolation as a punitive measure are common. Their definition reads:

"Different jurisdictions refer to solitary confinement by a variety of terms, such as isolation; administrative, protective, or disciplinary segregation; permanent lockdown; maximum security; supermax; security housing; special housing; intensive management; and restrictive housing units. Regardless of the term used, an individual who is deprived of meaningful contact with others is considered to be in solitary confinement."

The statement confirms that the facility is accommodating Manning's hormone medications and daily post-surgery treatments, addressing one of her supporters' concerns about the health risks of her detainment.

However, the group points out that isolation over 15 days constitutes "prolonged solitary confinement" according to the UN Special Rapporteur on Torture. The definition is allegedly based on studies showing that "after 15 days, certain changes in brain functions occur and the harmful psychological effects of isolation can become irreversible."

Manning was subpoenaed for questioning about the State Department and Pentagon documents regarding the Iraq and Afghanistan wars that she released to WikiLeaks in 2010. She previously served seven years of a 35-year sentence over the leak (a period during which she experienced solitary confinement) before Barack Obama commuted her sentence in 2017. She explained at her arrest she's refusing to answer questions because the WikiLeaks trial is sealed and she believes secret trails are unjust and "favor the government. However, she told reporters that she's "always willing to explain things publicly."

"In solidarity with many activists facing the odds, I will stand by my principles," she said in a statement about her arrest, according to the New York Times. "I will exhaust every legal remedy available. My legal team continues to challenge the secrecy of these proceedings, and I am prepared to face the consequences of my refusal."