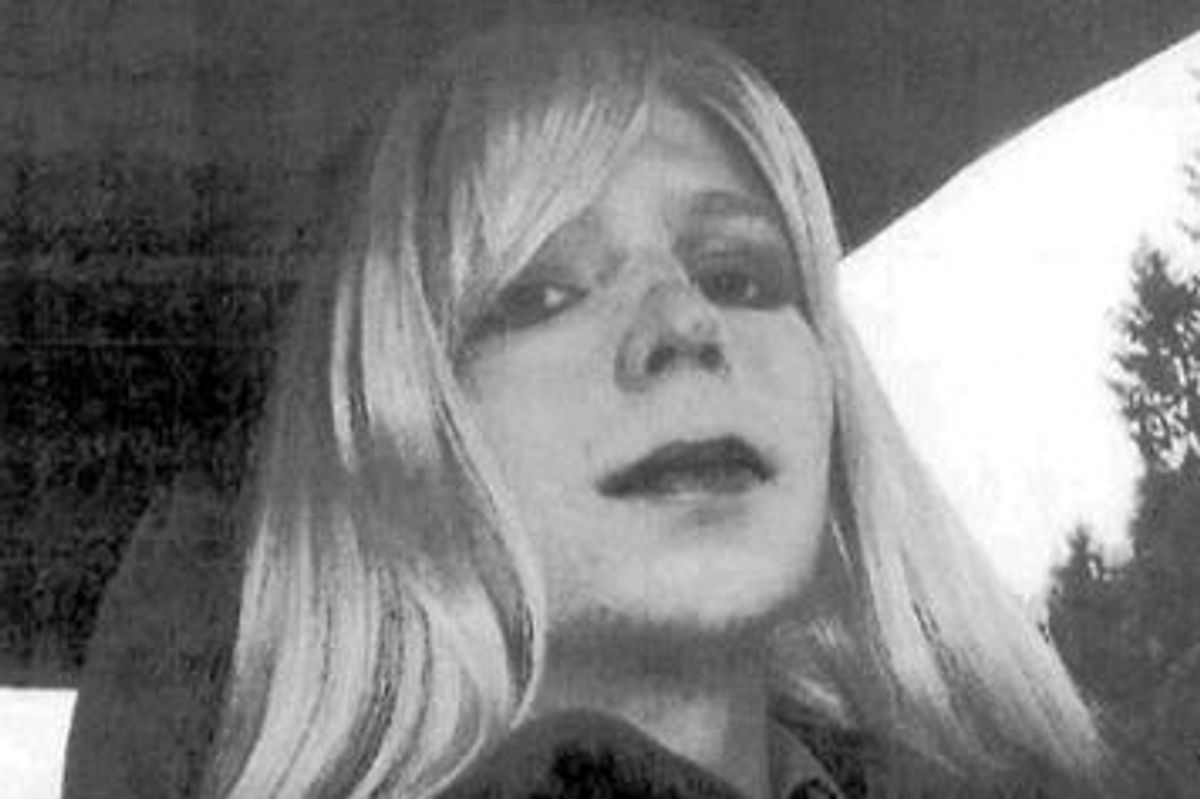 The disciplinary board at Kansas's Fort Leavenworth prison have just sentenced Chelsea Manning to 14 days of solitary confinement for her suicide attempt, as well as for possessing an unmarked book in her cell. This all follows a 5-day hunger strike last week in protest of the government's lack of support in regards to her gender dysphoria, which Manning said was the direct cause of her suicidal behavior.

Manning now has 15 days to appeal the disciplinary board's decision, and as Fight for the Future notes, supporters should sign a petition asking the government to drop these charges.

"My three member disciplinary board took place today.
I presented evidence and was allowed to question witnesses through the board president. The hearing lasted four hours. There was a break for lunch.
I waited nervously for the board to vote. I received the decision after 30 minutes.
I was acquitted of the "Resisting The Force Cell Move Team" charge.
I was found guilty of the "Conduct Which Threatens" charge. This charge was for the suicide attempt.
I was found guilty of the "Prohibited Property" charge, which was for an unmarked copy of "Hacker, Hoaxer, Whistleblower, Spy," by Gabriella Coleman.
My punishment is 14 days in solitary confinement. 7 of those days are "suspended." If I get in trouble in the next six months, those seven days will come back.
The term for this status is "disciplinary segregation."
There is no set date set for this to start. After I receive the formal board results in writing, I have 15 days to appeal. I expect to get them in the next few days.
I am feeling hurt. I am feeling lonely. I am embarrassed by the decision. I don't know how to explain it.
I am touched by your warm messages of love and support. This comforts me in my time of need."