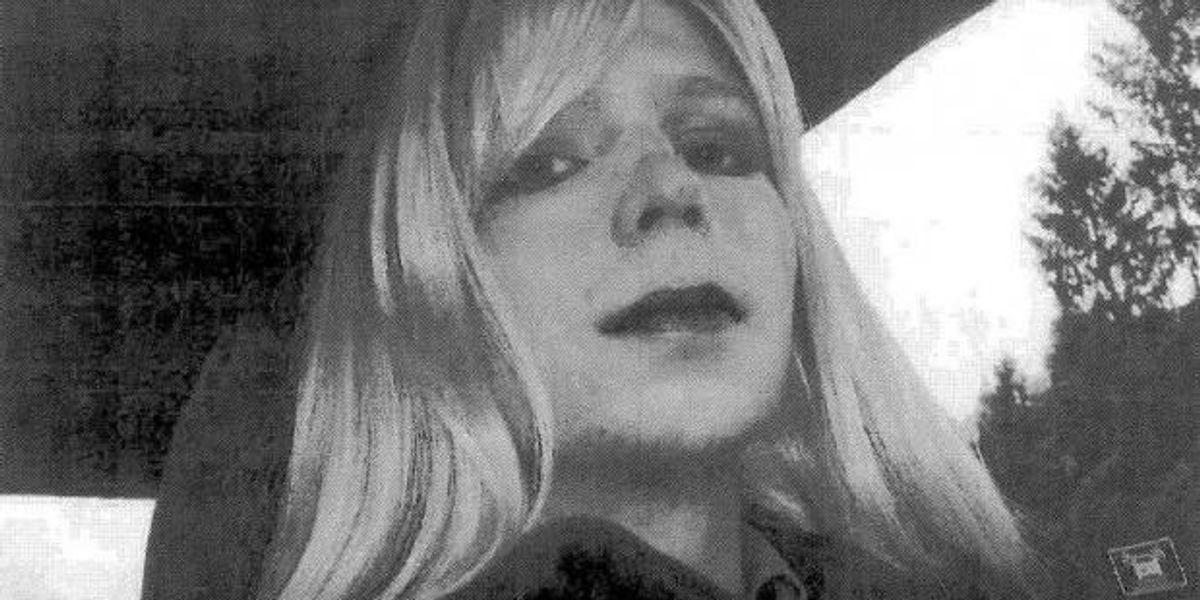 Chelsea Manning just released an evocative open letter in The Guardian thanking her fellow prison inmates for their friendship and support. Manning was seven years into a 35-year sentence for leaking classified government documents to Wikileaks when Obama commuted her sentence as one of his last acts as president in January. She will be set free on May 17.

Manning has undergone an intense, traumatic experience while incarcerated, including multiple suicide attempts, solitary confinement, a hunger strike, and mistreatment of her gender dysphoria.

In the letter she just released, she states that her fellow inmates taught her strength, perseverance, and compassion during these difficult times.

"Those outside of prison may not believe that we act like human beings under these conditions. But of course we do. And we build our own networks of survival," Manning wrote. She continued, "I never would have made it without you. Not only did you teach me these important lessons, but you made sure I felt cared for."

She also urges inmates who are incarcerated to know that this network of friends remembers and cares for them. While it is impossible to know the extent of what she has experienced, it is moving to read that Chelsea Manning has built such strong, caring relationships while incarcerated.