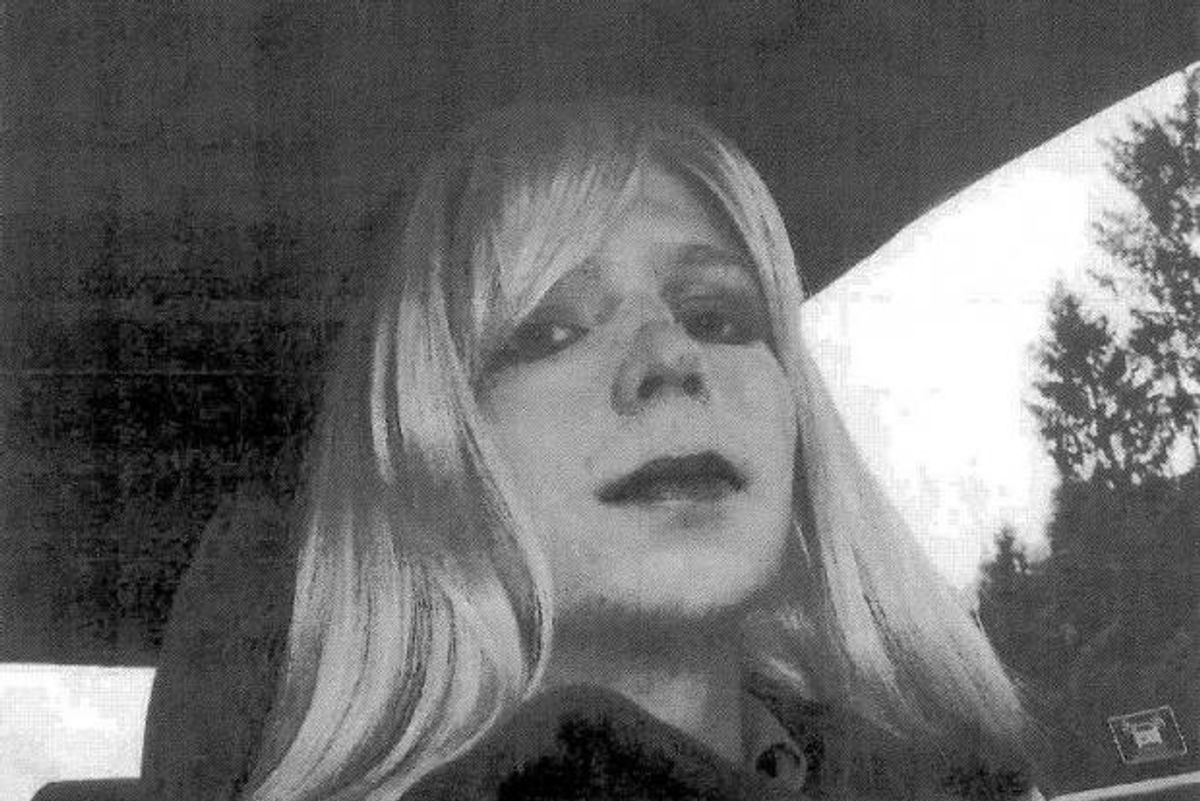 Chelsea Manning's Sentence Has Been Commuted

UPDATE 1/17, 4:20 pm: President Obama has just commuted the sentence of Chelsea Manning. She is now set to be freed on May 17.

BREAKING: Obama commutes Chelsea Manning's sentence for leaking to WikiLeaks. She will be freed on May 17. https://t.co/7Y6s55x6OV
— Charlie Savage (@charlie_savage) January 17, 2017

Following a long legal battle and several petitions to free Chelsea Manning, sources are now saying she is apparently on President Obama's "shortlist" for commutation.

According to NBC, a source at the Justice Department that the former Army intelligence analyst, who is currently serving a 35-year sentence for leaking classified government documents, is currently having her pardon appeal -- which her legal team is arguing necessary for better care of her gender dysphoria -- considered by the President.

"I have more hope right now than I have the entire time since she was sentenced," Deborah Manning, Chelsea's aunt, told NBC, adding later that the unduly and excessively long sentence was the result of her being a "scapegoat for Edward Snowden," whose leaking of even more damning classified material happened around the same time. As a result, Manning was given a sentence nearly 10 times longer than recent whistle-blowers, according to NBC.

Mr. President, if you grant only one act of clemency as you exit the White House, please: free Chelsea Manning. You alone can save her life.
— Edward Snowden (@Snowden) January 11, 2017

However, during her incarceration, Manning has undergone extensive emotional trauma stemming from the mistreatment of her gender dysphoria, going on a highly-publicized hunger strike and attempting suicide twice this year.

"I would say this is someone who's never had a chance in life, who is extremely bright, who became extremely emotionally distressed as some point, who made a bad decision, who paid for that bad decision," Deborah Manning added. "And it's time to let her go out and try to make a positive contribution in the world."

The decision could reportedly come as soon as today. In the meantime, Manning's supporters are urging people to call and tweet the office of the President about it.