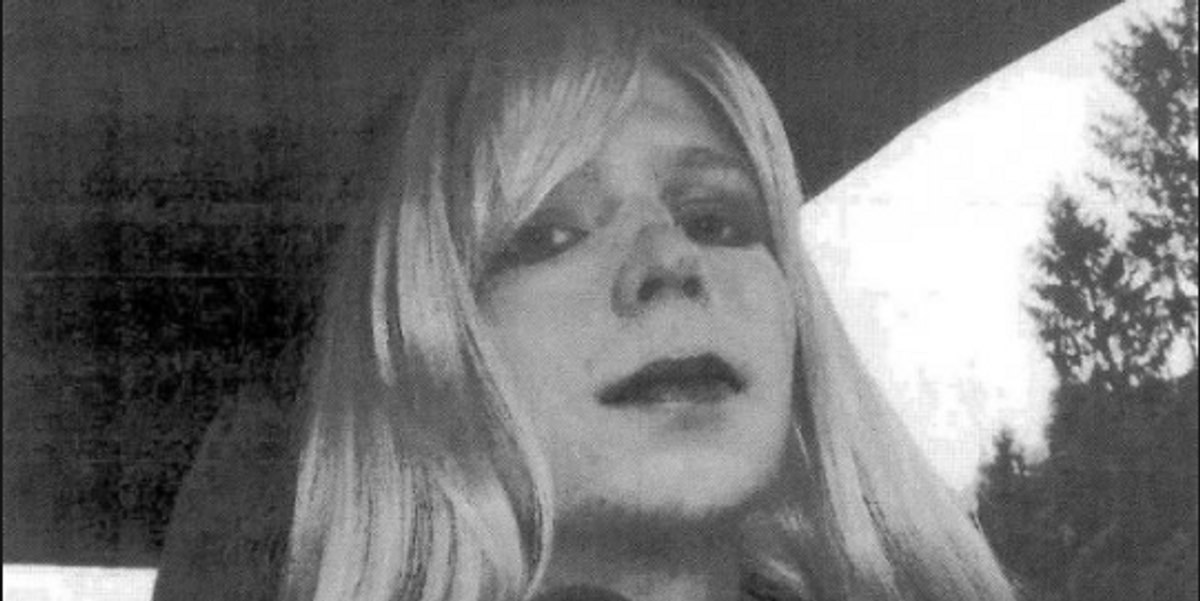 UPDATE: Chelsea Manning Has Posted the First Post-Prison Pic of Herself and She's Glorious

UPDATE 5/1/17 2.03PM EST: For years all we've had of Chelsea is the above grainy selfie, taken just before she was imprisoned, but now, now my friends, Chelsea has finally revealed herself.

The trans activist has had a flood of positive messages after posting the picture and we couldn't be happier.

Chelsea Manning was freed from prison today after serving seven years of a 45 year sentence that was commuted by Obama, and she's already posted her first Instagram:

Manning served the longest sentence of any American whistleblower in history after leaking hundreds of thousands of documents to WikiLeaks containing military incident logs in 2010. (Manning was deployed in Iraq in the time).

She made even bigger headlines, though, when she began transitioning while in prison. She was kept in solitary confinement for a year, and also attempted suicide twice. She was allowed access to gender assignment surgery in 2016 only after a hunger strike, and was widely celebrated by the trans community for her fight for better treatment and recognition of her trans status while in prison.

In a statement to ABC, Manning said, "I appreciate the wonderful support that I have received from so many people across the world over these past years. As I rebuild my life, I remind myself not to relive the past. The past will always affect me and I will keep that in mind while remembering that how it played out is only my starting point, not my final destination."

Only one photo of Chelsea exists that we know of, taken just before her arrest and seen above. But if she's anything like the rest of us, her newly minted Instagram will soon to be home to plenty of selfies, so follow her here.