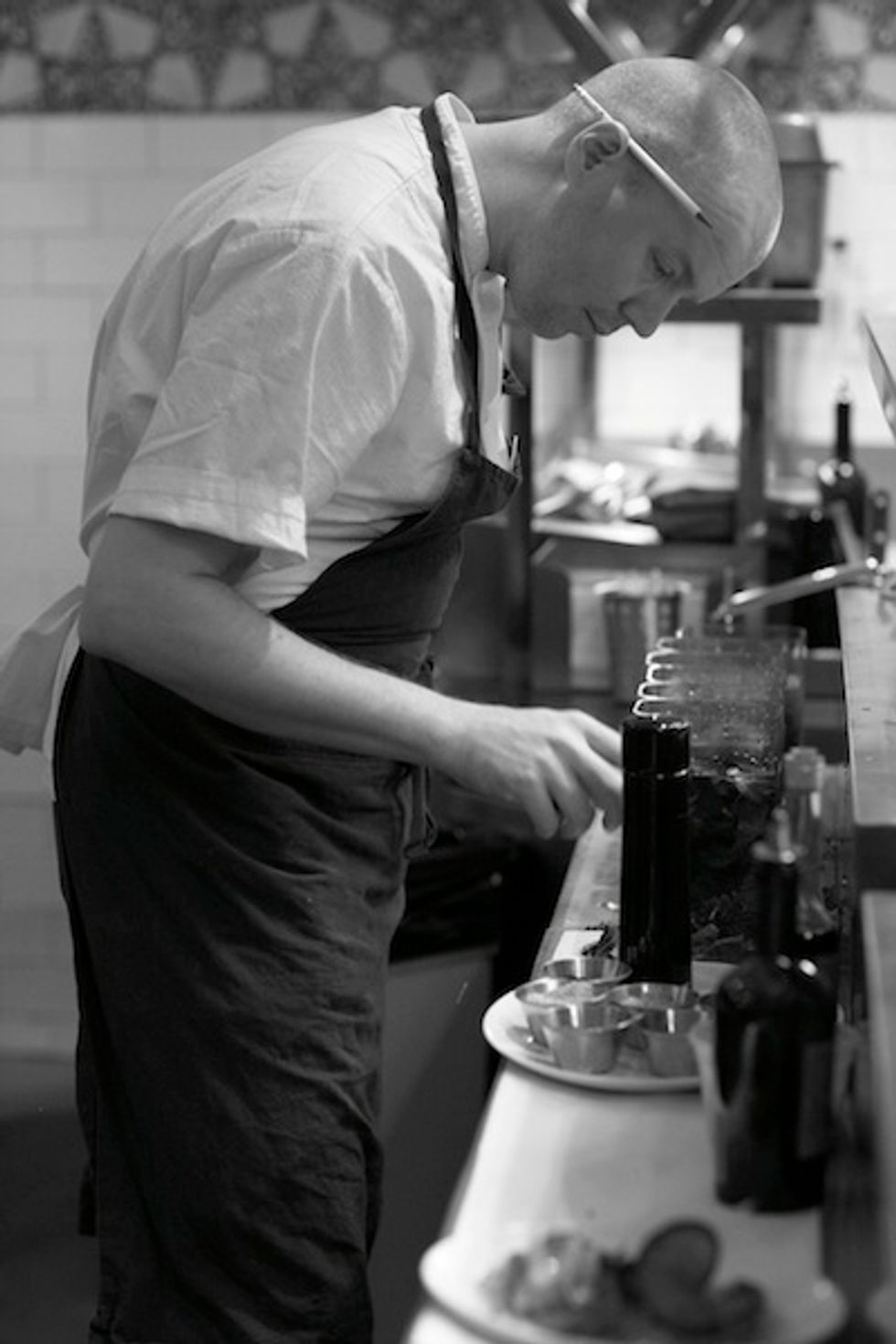 NoHo's Il Buco Alimentari & Vineria was one of the most exciting restaurants to open in 2011, showcasing the talents of executive chef Justin Smillie. The 32-year-old has strong connections to the New York chef world, having worked at Mercer Kitchen, Gramercy Tavern, Barbuto, The Standard, The Harrison, Andre Balazs's Sunset Beach on Shelter Island, plus another now-closed place where things didn't go so well (more on that later). For the past few months he and his team have been curing a number of Italian-style pork products in the kitchen "laboratory," guided by Chez Panisse alum Christopher Lee. Next week the resulting salame Toscano, finocchiona, capocollo, lonza, guanciale, pancetta and lardo will debut at the Alimentari's new antipasti hour, starting at 5 p.m. Here's what Smillie had to say about it over the phone this morning:

Tell me about the new antipasti hour. It's about having some meat along with a drink?

All of the salumi taste distinctly different; we're not using the same blend of spices for any of them. The pigs we're buying are phenomenal [from upstate New York's Flying Pigs Farm, North Carolina's Cane Creek Farm and Bev Eggleston's EcoFriendly Foods of Virginia]. None of it is mass-produced. We've been curing the meats for the past few months and it's this whole ritualistic thing, from taking apart the animal to using every part of it. We have a guy named Bernardo who's an artist with the meat, doing all the butchering in-house. It's about preserving the harvest, whether it's a vegetable or an animal. As responsible, ethical eaters, we have a nose-to-tail philosophy and are not only using the middle of the animal.

That's got to be expensive, though.

What Il Buco is about is the best ingredients. Everything we do is so simple and bare bones, you have to start with the best ingredients. The hardest thing for us as chefs is finding an owner that supports what you do, shares a common vision. Obviously, we have to be attentive to food costs or you can't run a business. It's a huge commitment on Donna's part [owner Donna Lennard] but she's willing to do it for her customers. Our production facility is amazing, much bigger than any kitchen I've ever worked in. 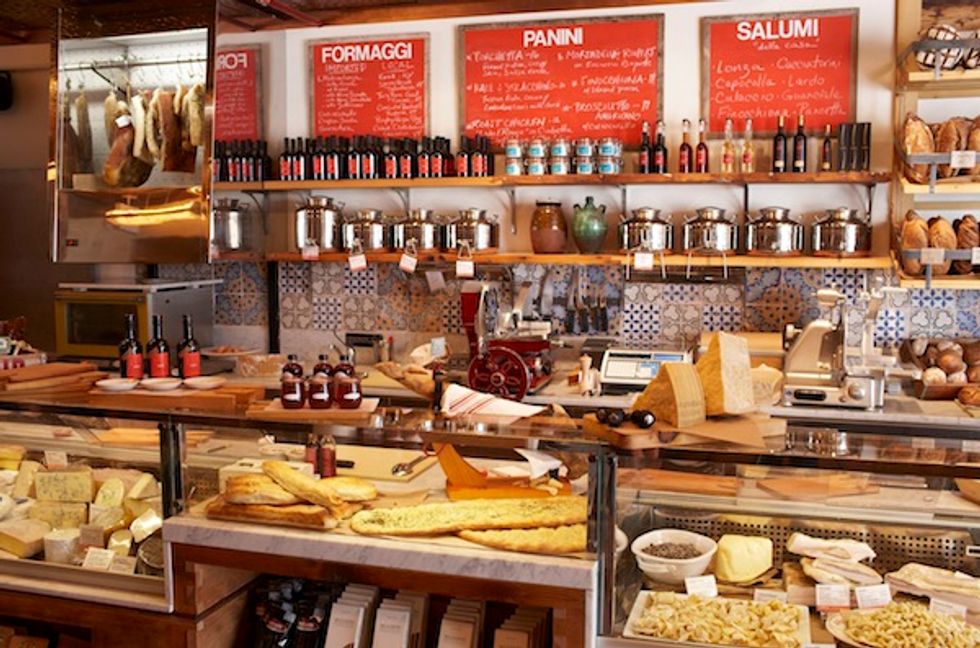 When I was Googling you I saw that you got fired a few years ago from the restaurant E.U. in the East Village for buying too many expensive ingredients from the Greenmarket.

Me and Jason [The E.U.'s owner Jason Hennings] did not see eye to eye. It was a long time ago so I don't want to go into it but I was the seventh chef there within a year.

You seem obsessed with the Greenmarket.

There's nothing in the dirt right now so we're mainly getting squash and chicory. You're not going to see a local tomato right now. We've had to have some ingredients shipped from the farmers market in Santa Monica.

How was it working with Jonathan Waxman at Barbuto?

He informed my sensibility with his farm-to-table approach. It was so great working on his line. Jonathan is mythical. It's very hard to count the number of chefs he's influenced. He knows everybody and touches everybody in a different way. He's not trying to force cookie cutter replications of himself. He tries to get you to think for yourself. 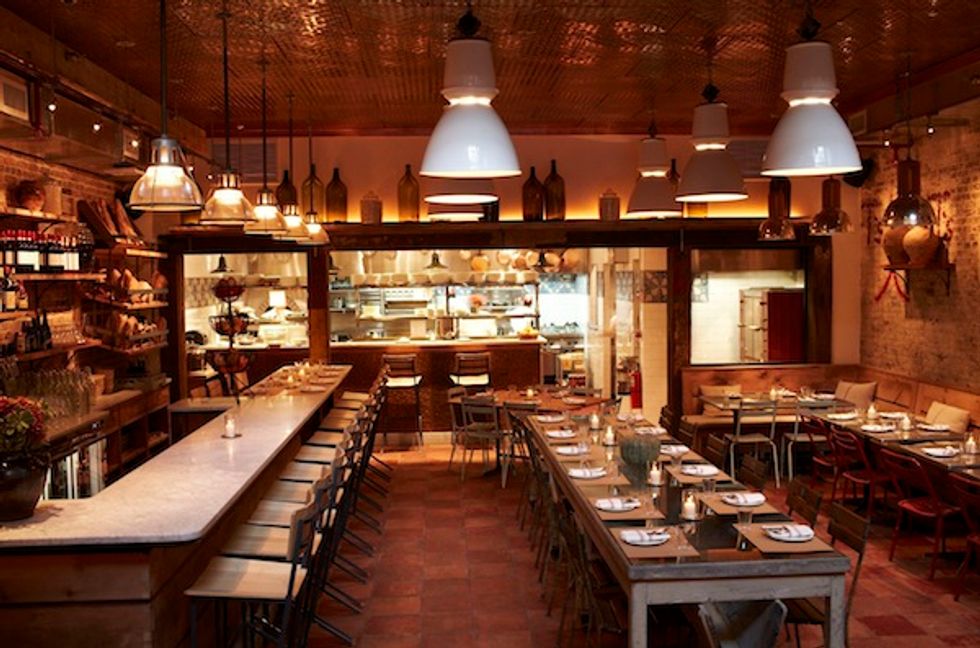 What did you learn from Dan Silverman at The Standard?

He refined my style. Jonathan [Waxman] is very rustic and Dan is careful. I learned how to balance the menu from him, how to focus on what I'm doing. He's an organizational mastermind.

You also worked at The Harrison, one of my favorite restaurants. How is Jimmy Bradley?

He was in here for dinner last night along with Jonathan [Waxman]. He's fine, back at work and up to his old tricks. (Bradley was successfully treated for oral cancer last year.) The chefs I've worked with have been coming in a lot.

You guys stick together.

A Chanel Winter Wonderland Has Opened Up in New York