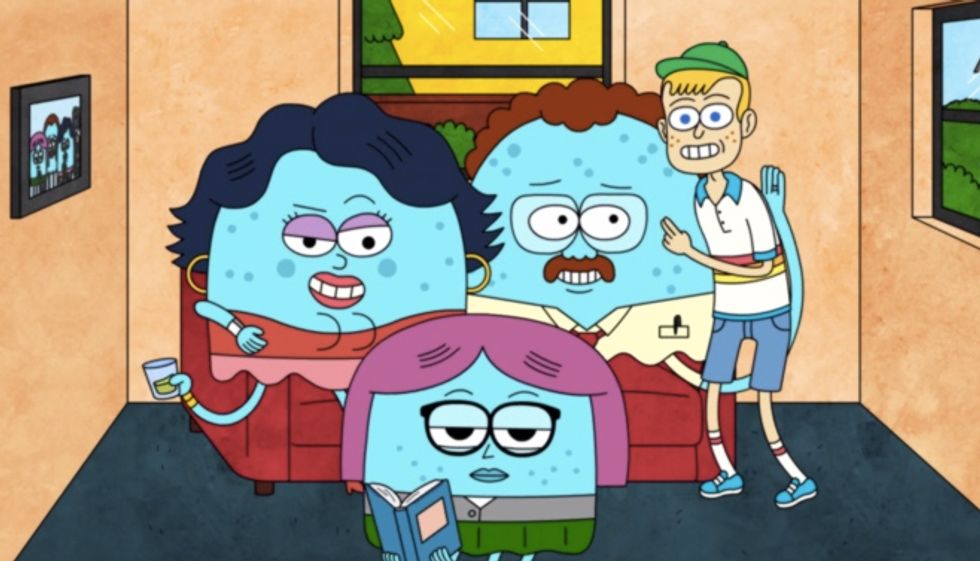 Check Out The Insane Preview For Tyler The Creator's Cartoon

By Matthew Moen
PAPERMAG
Anything with Tyler the Creator's name attached to it is most likely going to be outrageous, over-the-top and just plain weird -- and his new cartoon, The Jellies, is no exception.
The story of a young boy named Cornell Jelly, who finds out on his 16th birthday that he was adopted by his (jellyfish) parents, it's a Family Guy-esque take on the universe themes of identity and self-informed reality with a smidge of irreverent social commentary, political jokes and a lot of extreme violence (fair warning: a polar bear gets decapitated in this trailer). Co-written and voiced by Tyler the Creator and Lionel "Loiter Squad" Boyce, it's available exclusively through Tyler the Creator's $5-a-month subscription based app, Golf Media.
Watch the trailer below
[via i-D]
You May Also Like
Famous People