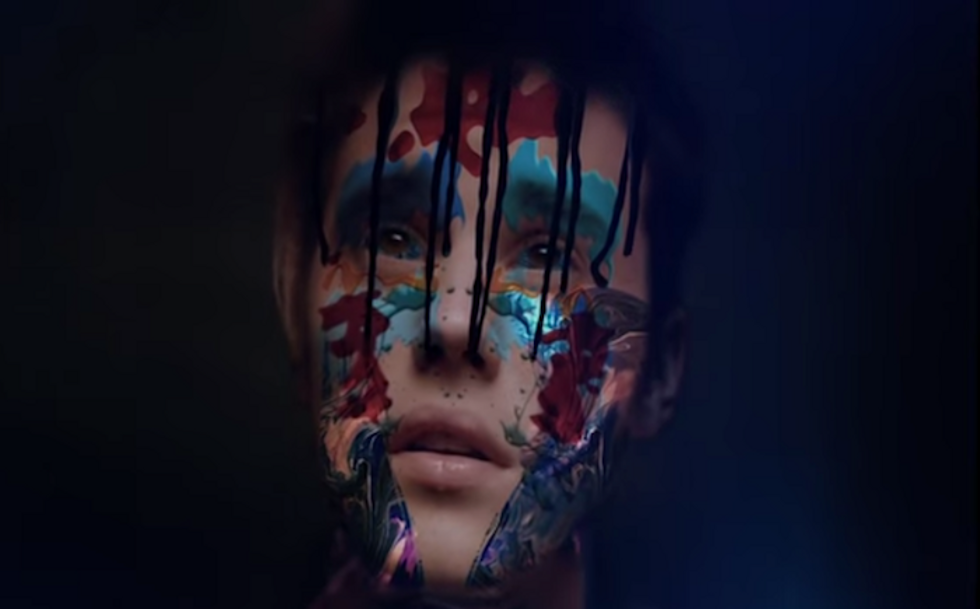 Check Out the Crowd-Sourced Video for Jack Ã x Justin Bieber's Banger, "Where Are Ã Now?"

by Sandra Song
PAPERMAG
Ok, I'm prefacing this all by saying that "Where Are Ã� Now" is a straight-up banger. After all, I listen to the Jack Ã� x Justin Bieber collab regularly in the shower, on my morning commute and waiting on the bodega sandwich line -- and I unabashedly make fellow snobby music writers listen to it on the reg, because it is simply that good.
So obviously I'm overjoyed by the new video that premiered this morning on Good Morning America, especially since it's a fan-created, crowd-sourced concept. Cut together entirely from individual film stills customized by fans, the whole thing -- which is filled with things like Ronald McDonald, a snarky "FUCK IT" (no "FUCK Ã�"??) and a crossed out "Jelena 5Ever" -- it's a tad headache-inducing but very sweet on Jack Ã�'s part.
And while Justin may be playing all back-lit brood sad boy in the vid, it's definitely one of the lesser annoyances we can put up with. All we have to say is, cheer up, J. She'll find Ã¼ someday.ð���
Fashion