Four Loko is teaming up with Pizzaslime, the brand that gave us those perfectly petty RIP Taylor Swift shirts, to created a limited-edition "badass and American as fuck" capsule collection. The line, which consists of five short-sleeve tees, one long-sleeve tee, a hoodie, a candle, and a sticker pack, will debut at ComplexCon. Attendees will be able to purchase items at the Pizzaslime-curated Four Loko booth, which will also feature Four Loko-themed art created by artist Yung Jake, including a life-sized throne created by Instagram star/artist Versace Tamagotchi made out of, you guessed it, Four Loko cans.

The brands will also host a launch party this Friday, November 4th in downtown LA to celebrate the collection. The event will be hosted by Versace Tamagotchi, and will feature music by Roofeo, Honey, Taco, and more.

Both brands are excited about playing off each other's energy. Pizzaslime's founders said, "We got involved with Four Loko because it's Four Loko. The brand is iconic to people our age and, to be honest, collaborating with Four Loko was a dream come true because we both represent a culture of fun and ridiculousness."

The lookbook was photographed by Kenneth Cappello and features Lil Mayo and Odd Future's Sarah Parker. Check it out below: 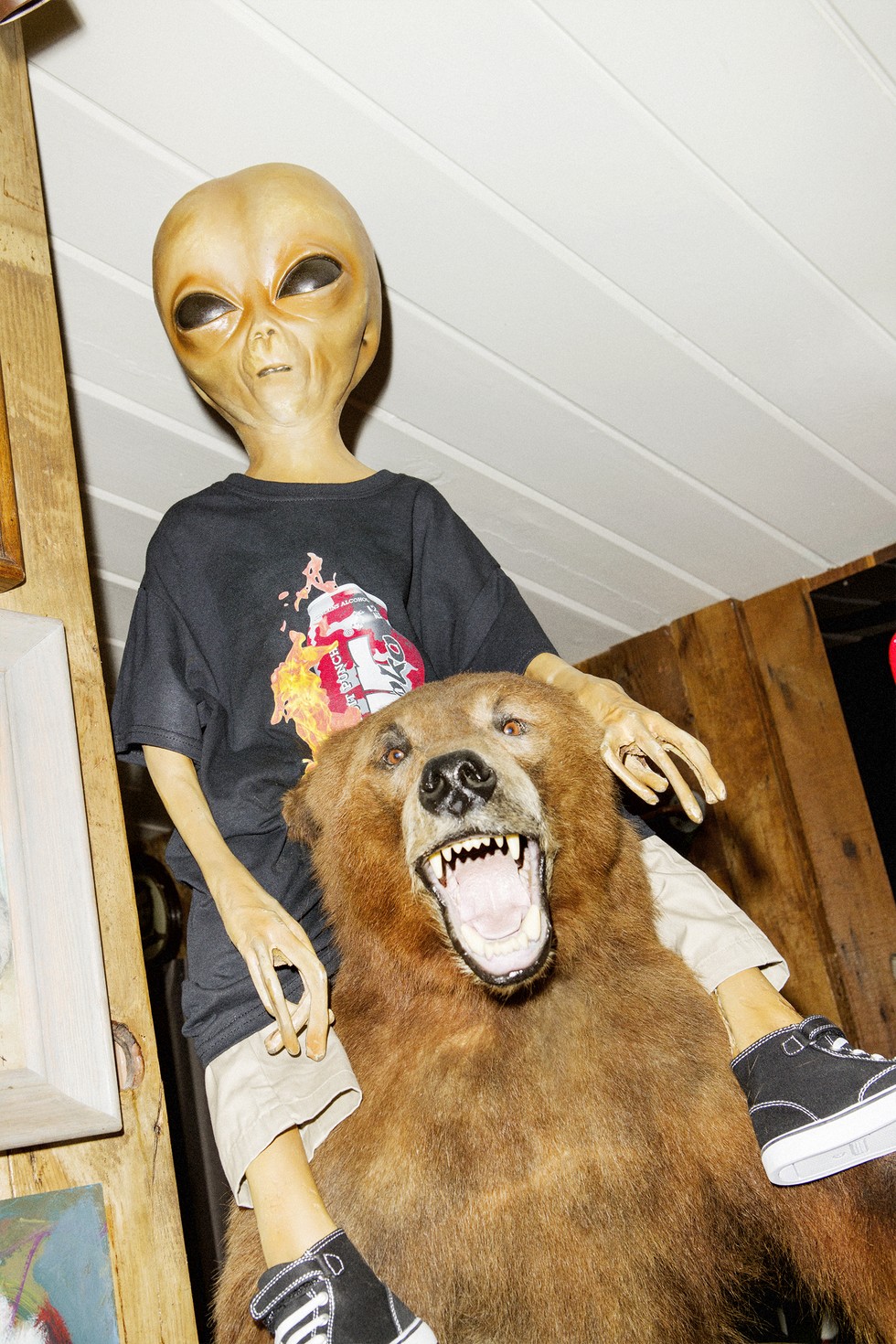 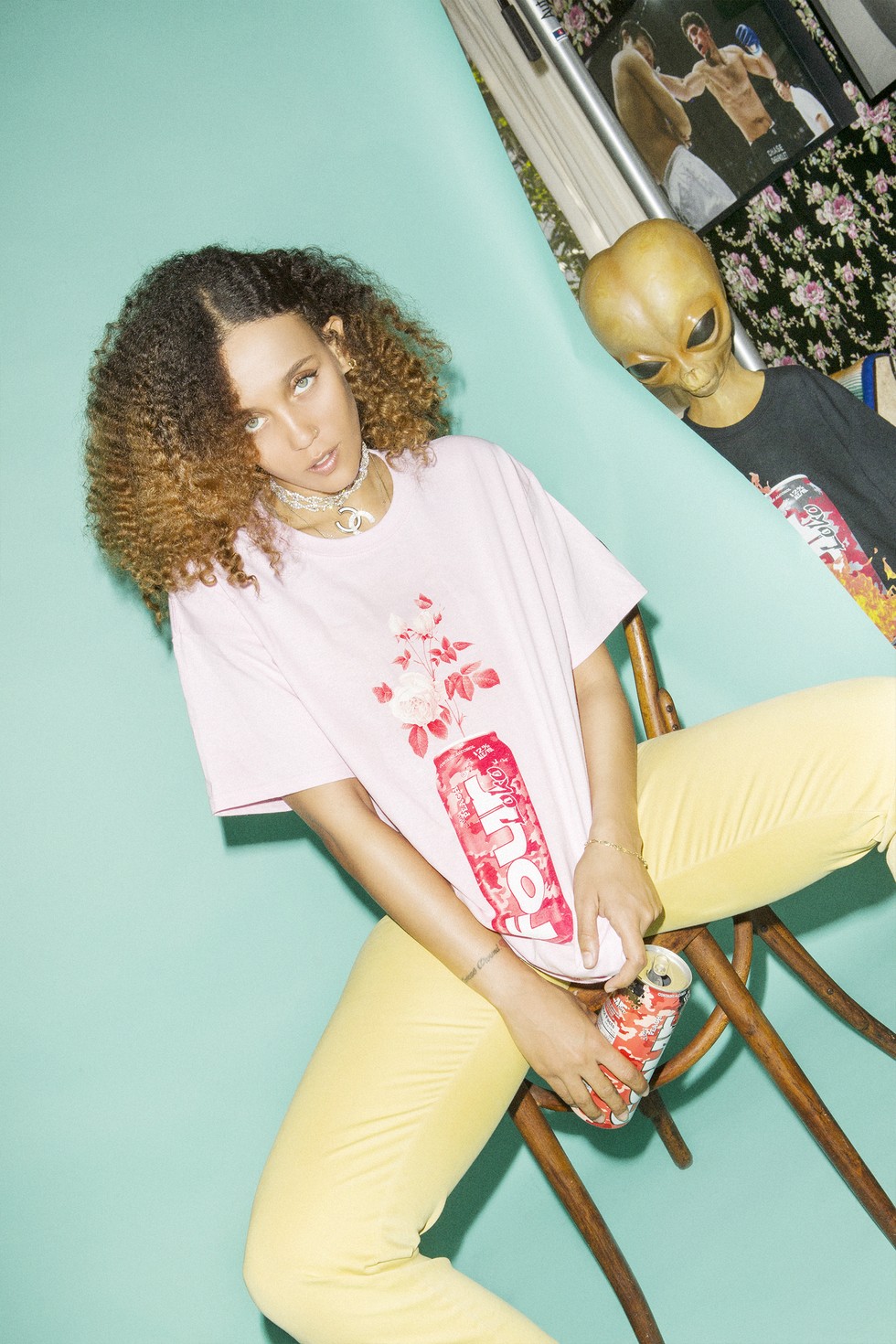 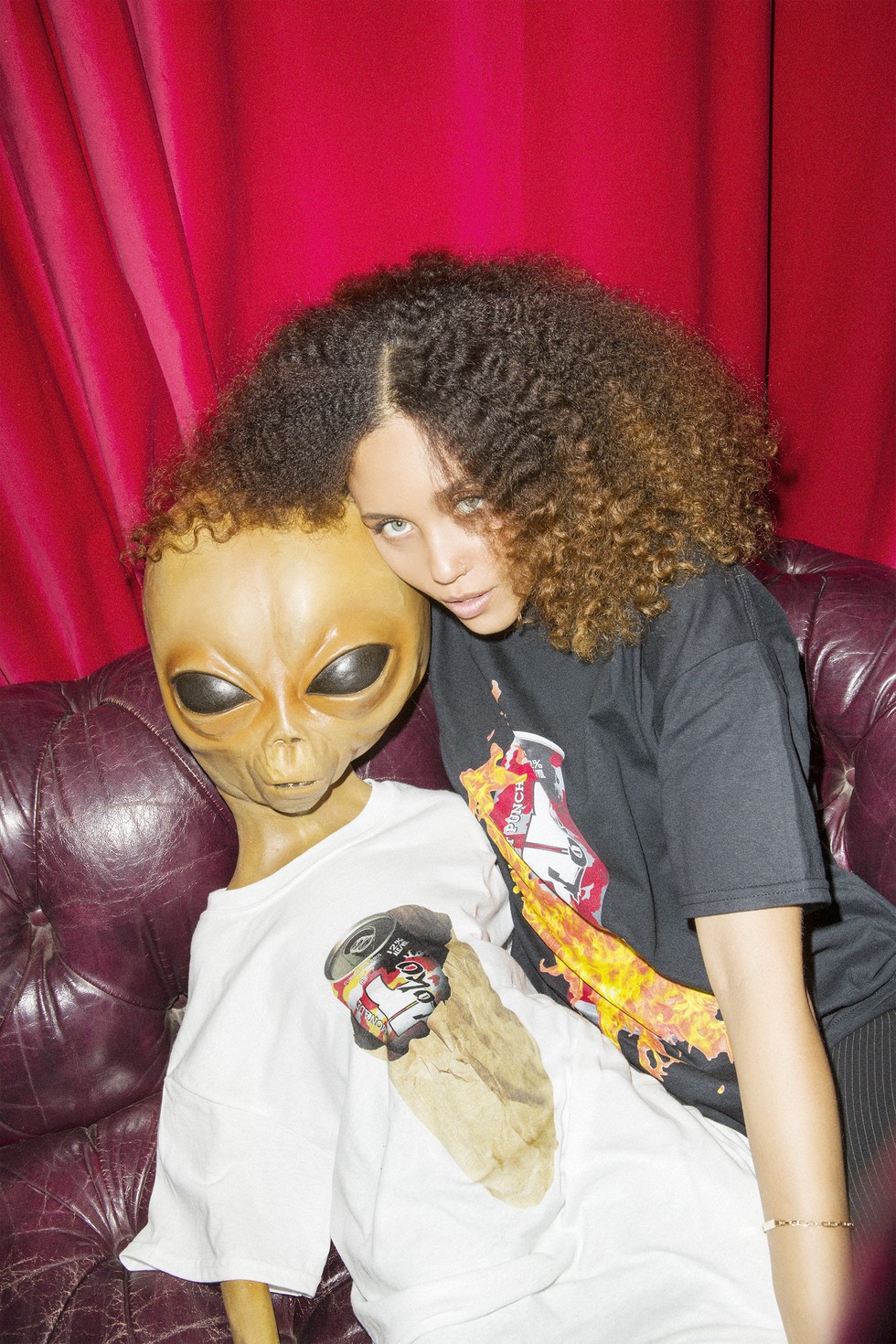 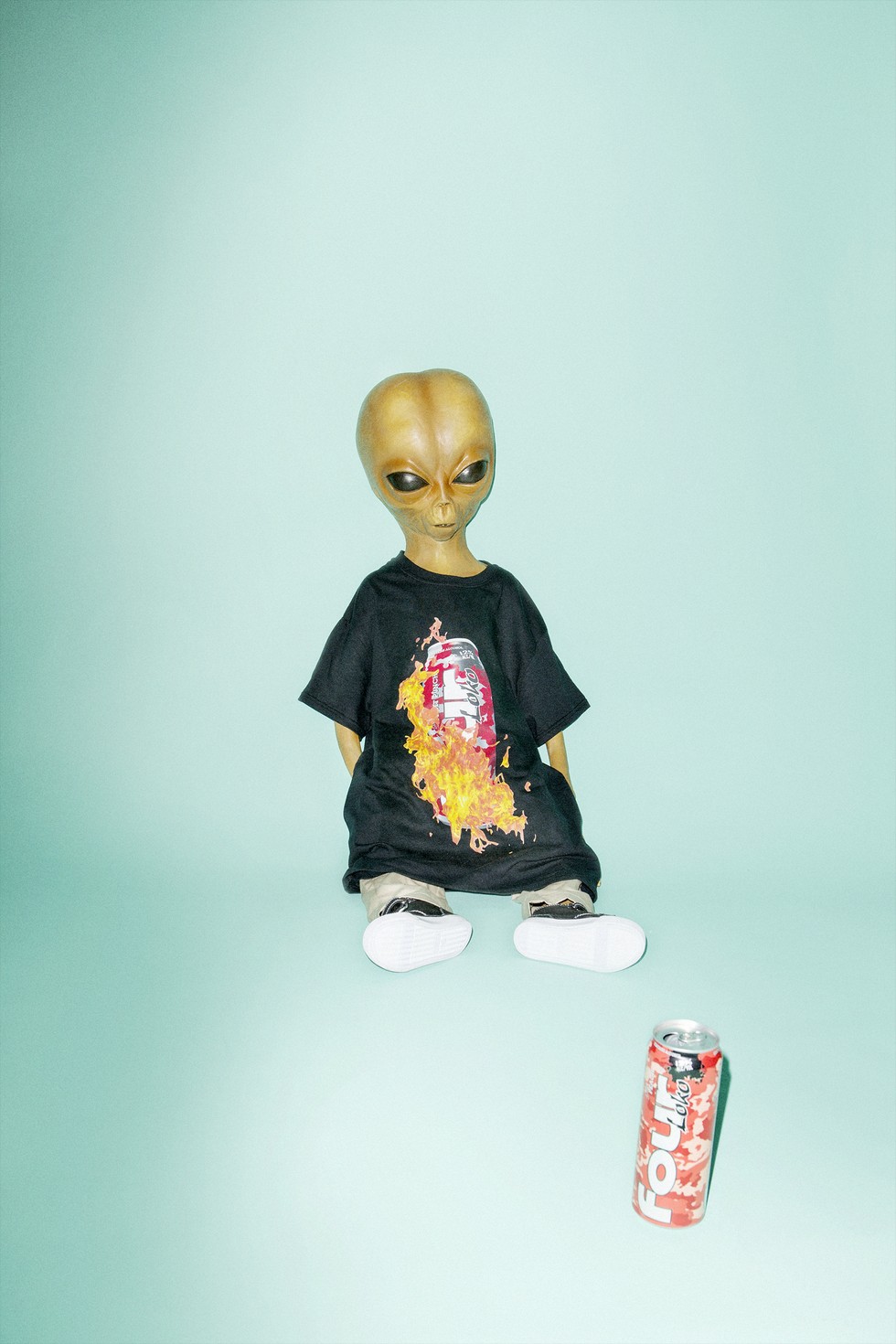 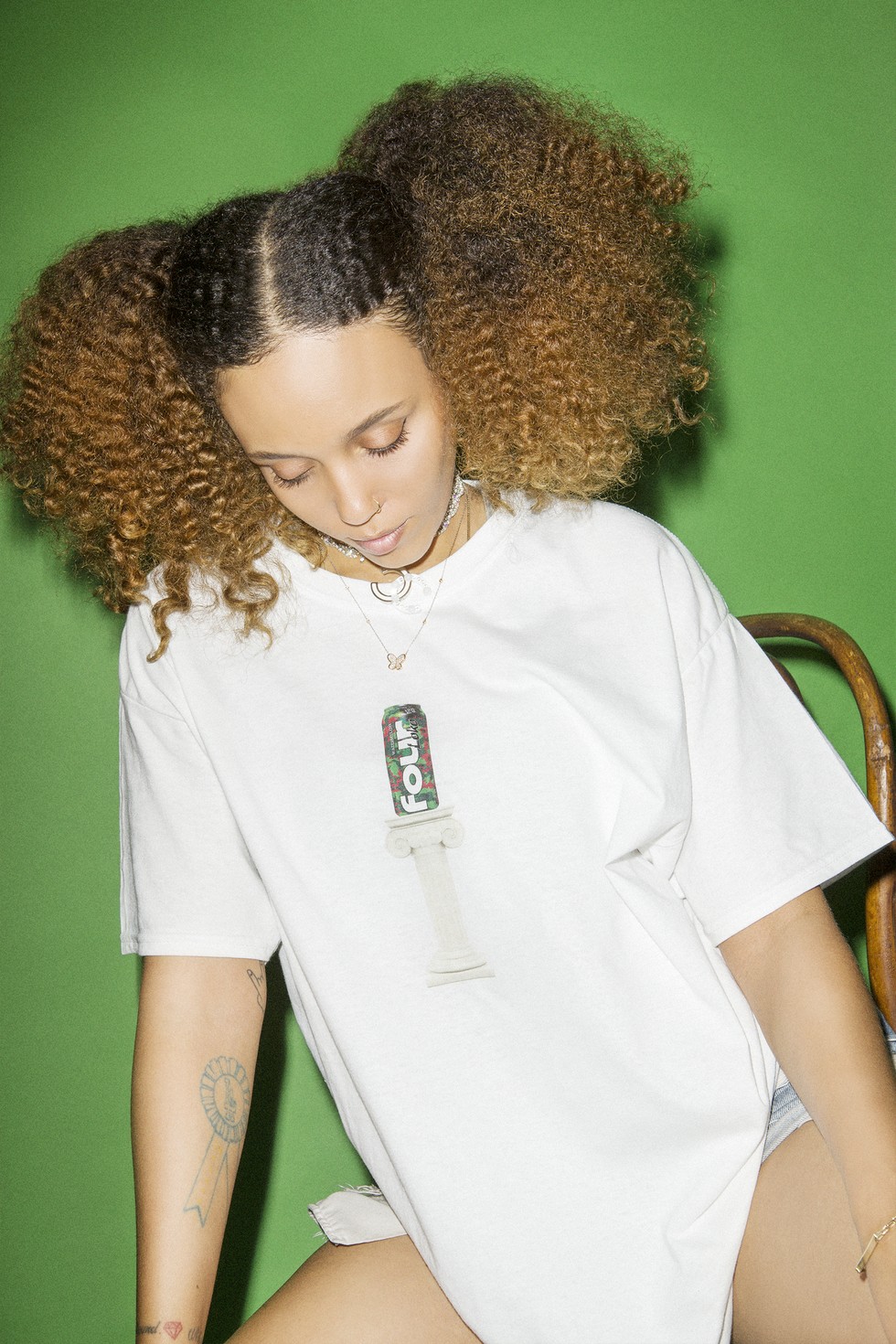 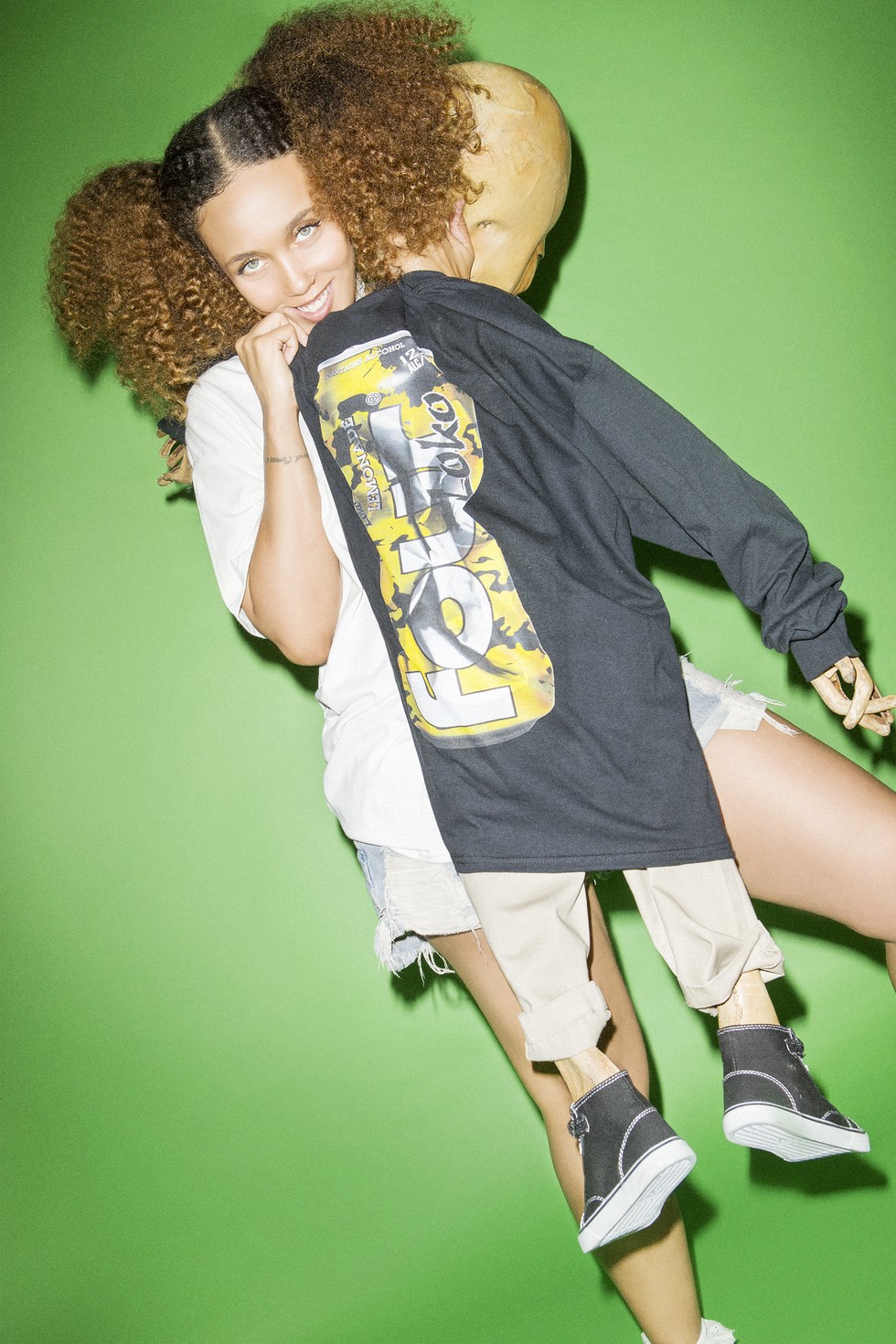 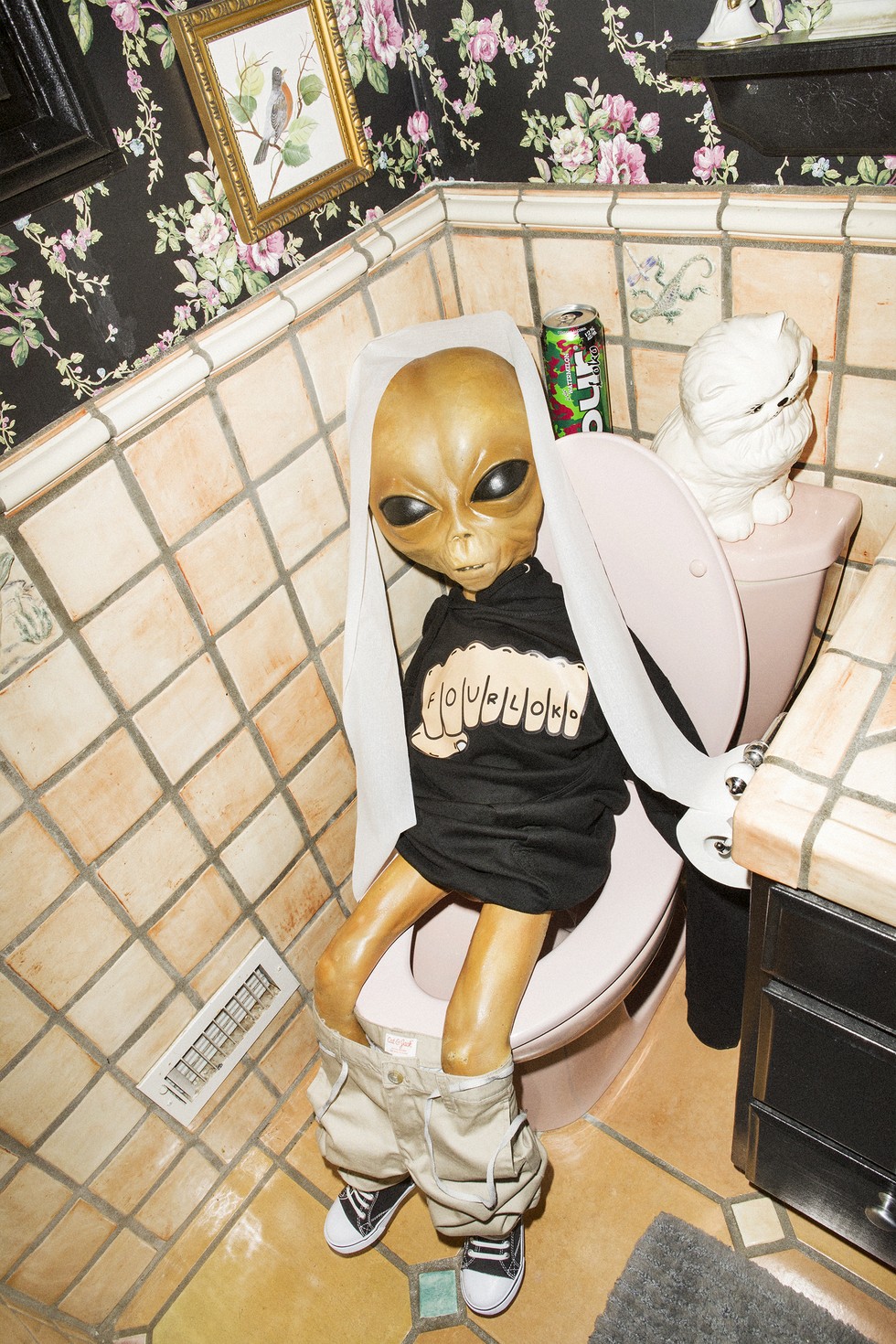 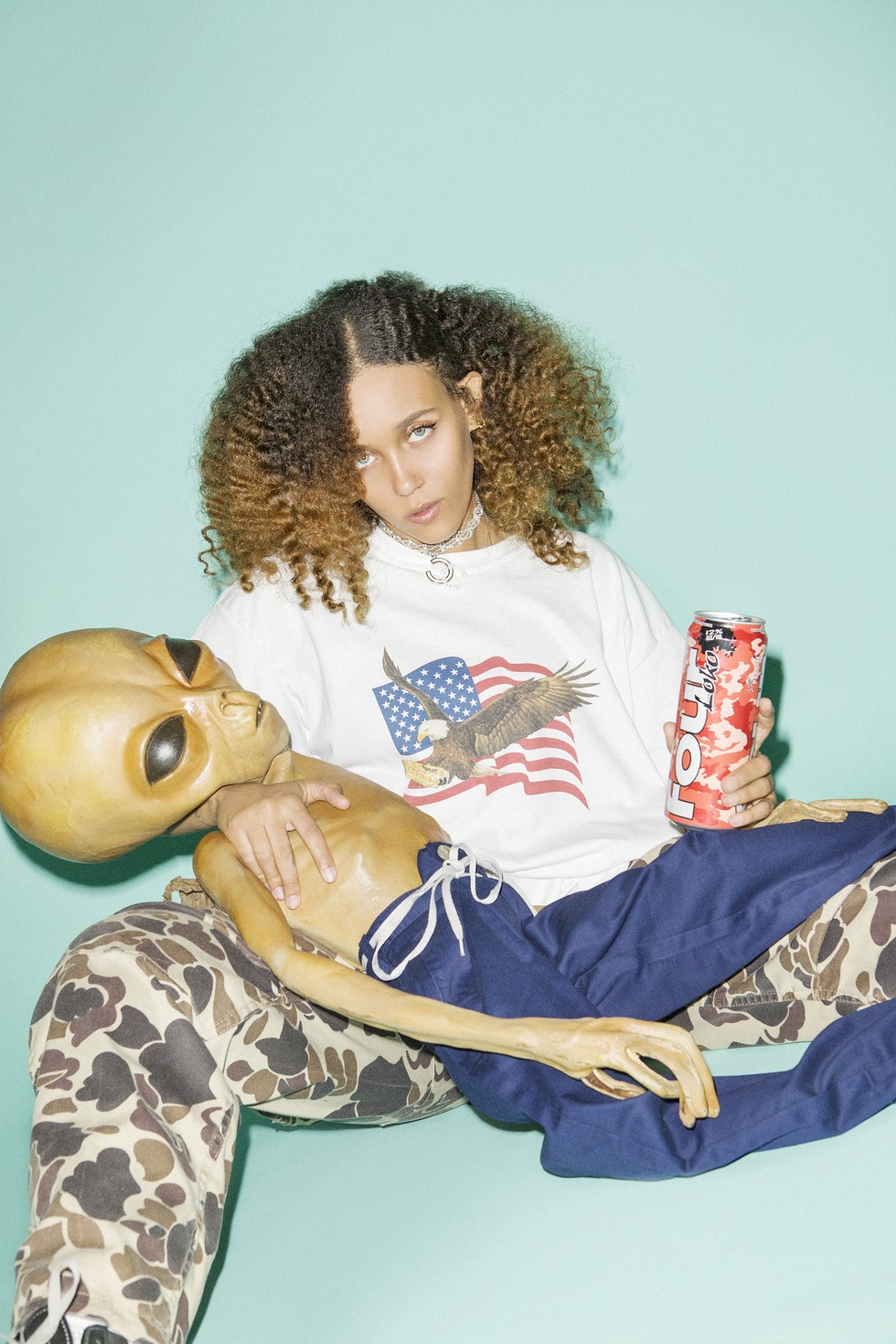 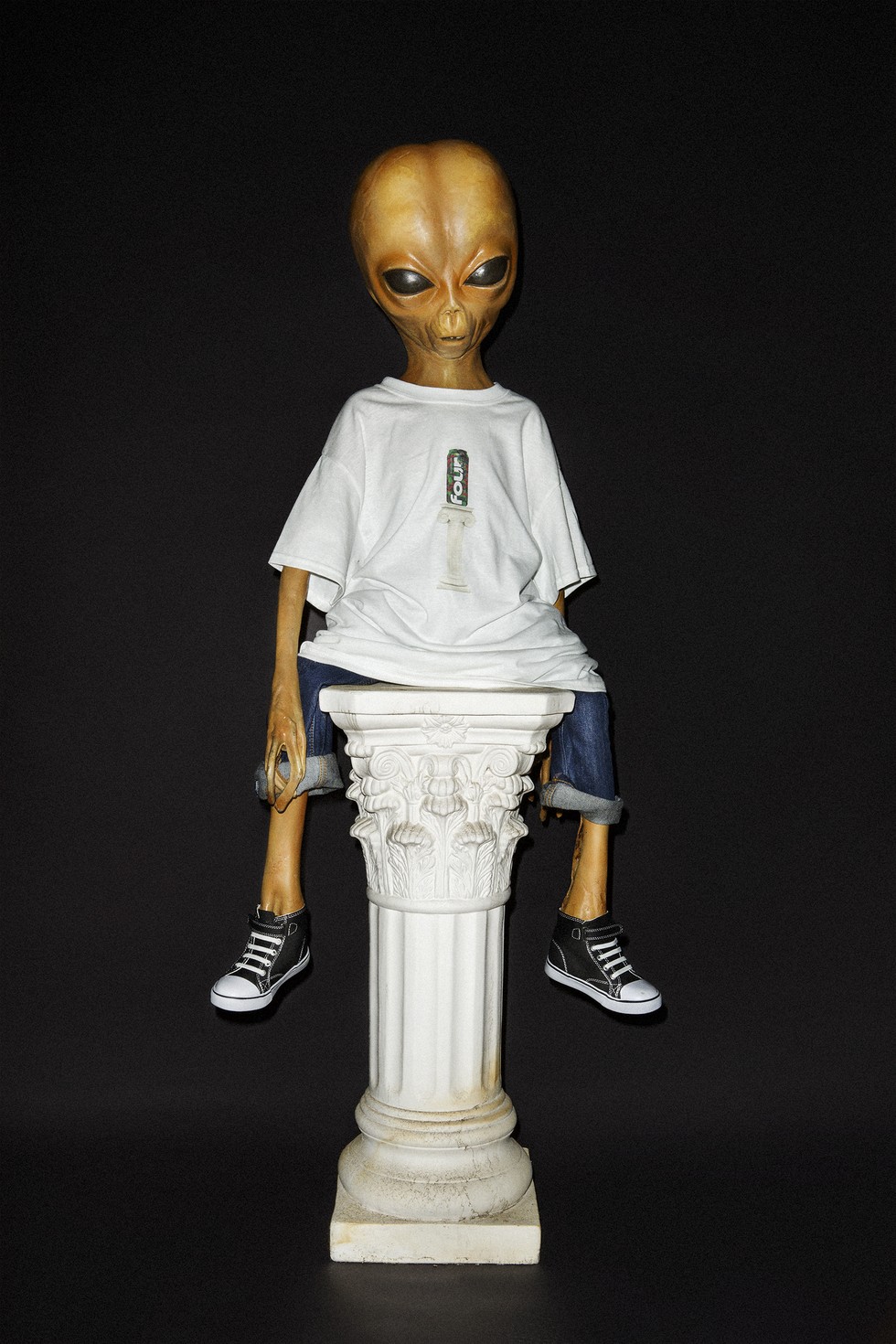 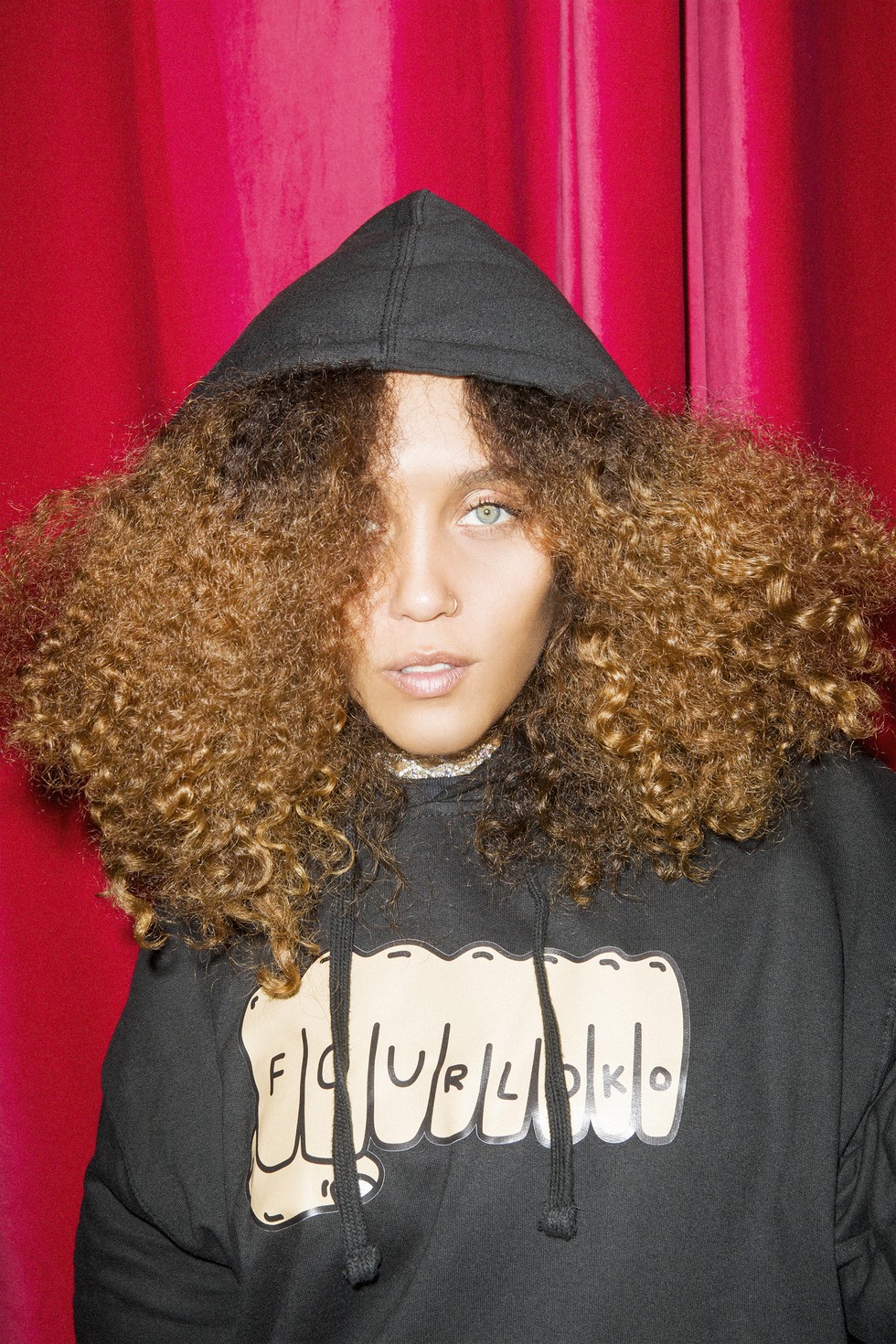 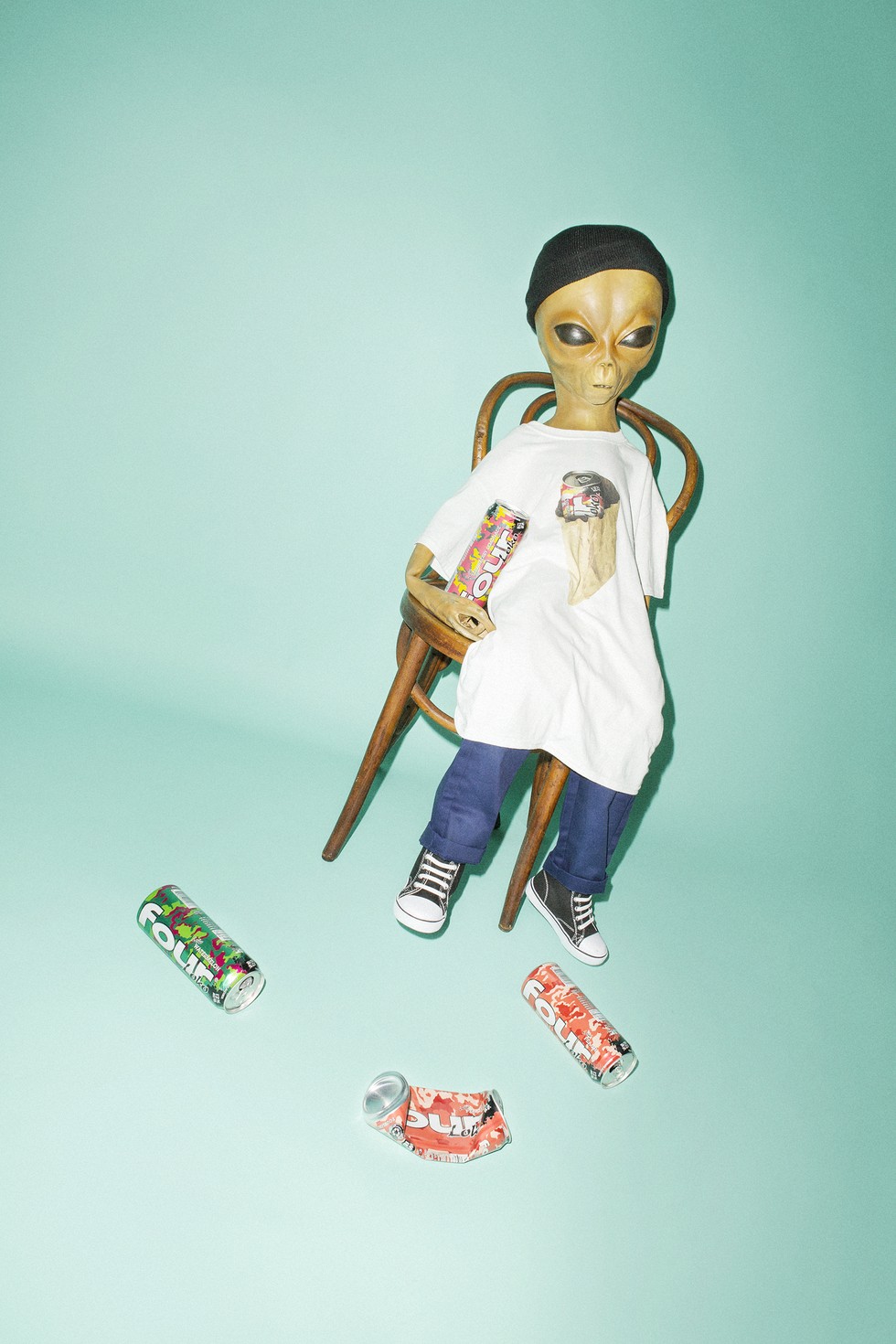