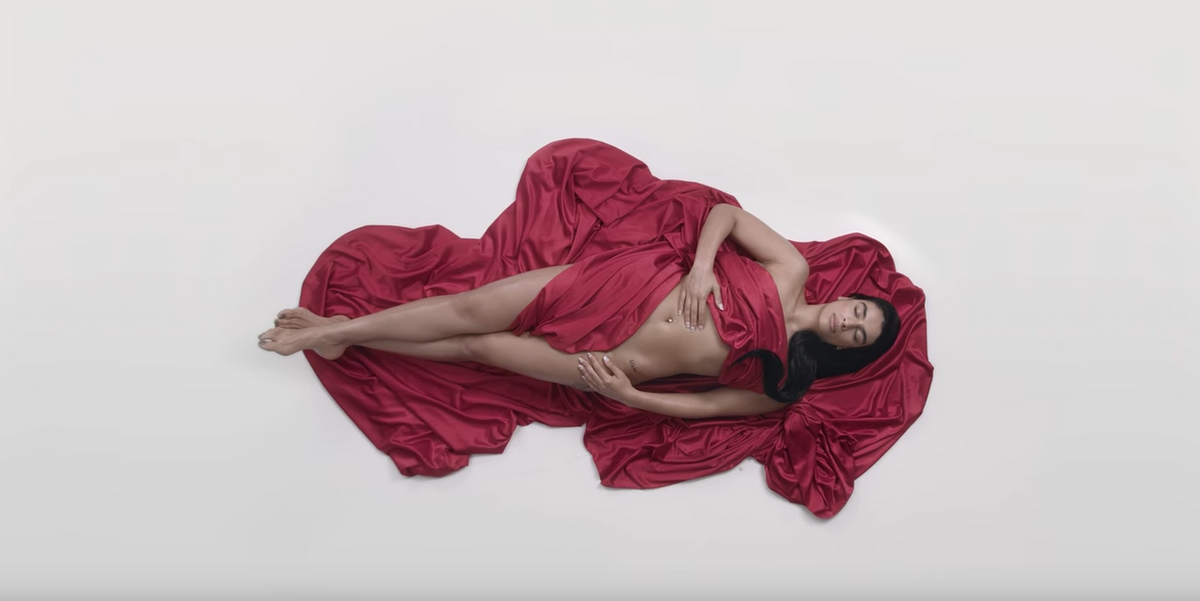 Iranian-born Dutch artist Sevdaliza, who recently dropped her song "Bebin" in response to Trump's Muslim bam, has just premiered a new video for her song "Amandine Insensible". The video, directed by Piet Langeveld, places Sevdaliza against a white backdrop with watermarks on her skin as she poses as various stock photos. In a meta-textual move, the images from the video can be purchased on Shutterstock. Sevdaliza sings, "There's a woman/ She's every fantasy/ And no reality/ In one." Through the poses in her video, she represents these fantastical and static identities imposed on women in our society.

Sevdaliza explains that the video also explores personal identity in a contemporary landscape where boundaries are disappearing. She says: "Amandine is everything you want her to be. An extreme extraction of average life, representing a world where we have become so universal all feelings have disappeared. Paradoxically, this makes you feel uncomfortable. Her life takes place in an infinite white space, composed with minimal objects that represent different facets of the cycle of daily life. The accessibility of information and matter has created a new universal language, in which commercial brands play a key role. "

Check out the video below: