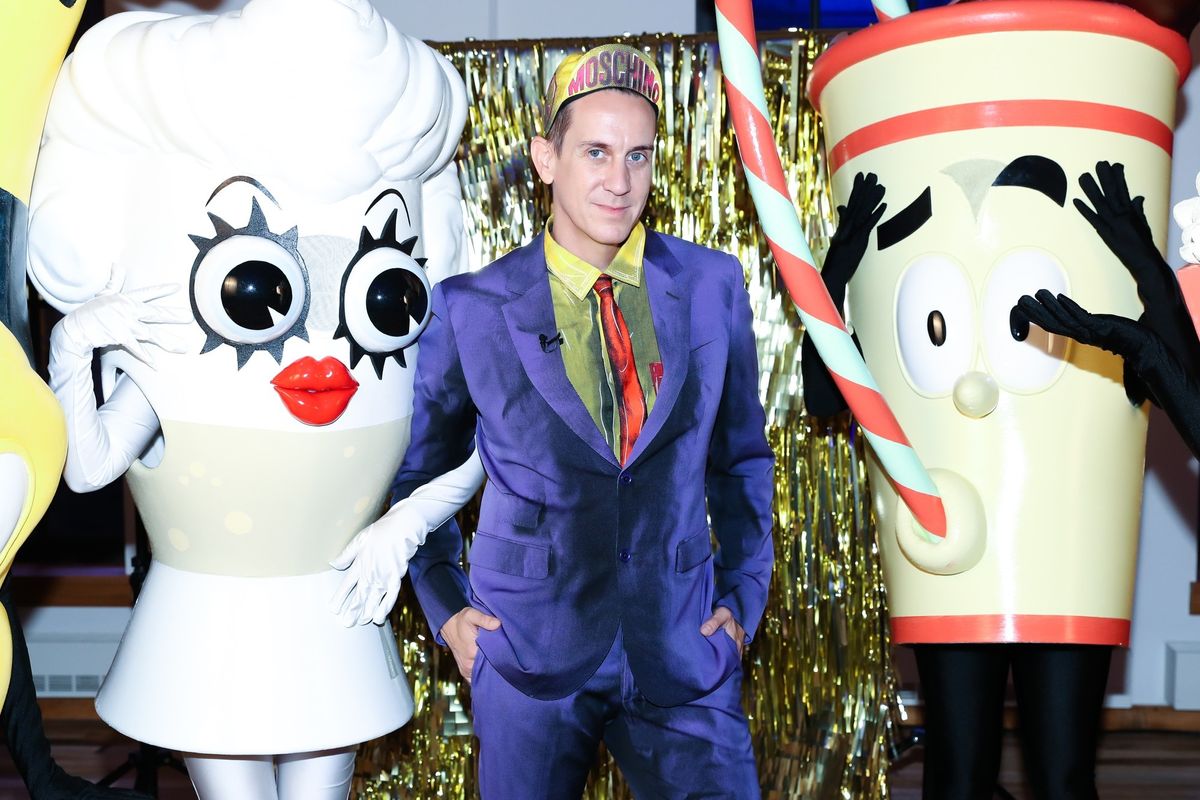 Jeremy Scott Talks Collaborating with Google, the Value of Emojis, and Why Snapchat Should Watch Out

Fashion designer (and former PAPER cover star) Jeremy Scott is known for bringing winking, witty pop culture consciousness to his creations, and his latest collaboration with Google is no exception. He created 6 different cases for Google's new Pixel phone, as well as Live Wallpaper (a new technology where the phone recognizes that it is wearing the Google case and downloads the accompanying wallpaper) and a custom emoji keyboard. At last week's launch celebrating the collaboration, we spoke with Scott about the motivation behind the partnership, which bridges physical and digital design landscapes, the importance of emoji in contemporary communication, and the way technology sculpts our sartorial landscape.

How did you decide to collaborate with Google?

They asked me if I was interested in doing a collaboration, and then when I found out there were emoji involved, and I could create my own emoji, I was down. They were like, "Oh, we're going to do a phone. We want to know about doing a phone case." And you know, I was interested, but then they were like, "And you can create your own emojis" which I had been wanting to do for a long time, and when I realized we weren't only creating static emojis, that we were creating living emojis that move, I got so excited because it's so unique, and I was hooked.

I think often about Kim Kardashian's Kimoji, and Amber Rose's MuvaMoji, and how they provide feminist alternatives to the emoji that come in our phones. How do you place your emoji in relation to the pre-existing phone emoji images?

Part of it was designing things that I thought should exist that didn't exist. The crossed fingers [represented] being nervous and sweating, because I thought how many times have I been like, "Oh I hope you can make it!" or "I hope it works out!" or "I hope I'm there on time!" and I'm like, "Why isn't that there?" You know? The biker jacket and sunglasses are a way of [representing] coolness, because they're very emblematic to me. I did these pink poodle shoes wearing glasses. I also did different things that are more personal iconography, but even just the vampire emoji, which didn't exist, and the cheerleader emoji, which seems like an obvious one to me too, to signify, "Good job! Yay! Proud of you!" Within the time I was working on it, the champagne was added to the phone emoji set, but mine I think is better, because there's more personality, and I have a champagne glass girl who has bubbly hair.

It's interesting that you bridged the physical world of design with the electronic, creating both a phone case and also a phone wallpaper and emoji. How did you decide to connect those elements?

I actually ended up changing my idea once we got all the emojis together and created several cases. We were [originally] doing just one, and then I fell in love with all these great different emojis, so we ended up doing 6 different cases. It was definitely through the process of creating the characters and them coming to life and me falling in love with them and finding ways for them to become prints as well, not just emojis.

I'm curious how you think emoji, texting, and social media sculpt contemporary communication? Do you think of emoji as the tools we have to express emotion and talk about art, and so on?

Absolutely, they totally are. So much of our world now is expressed through these images, through emojis. I was the first designer to use them for clothes, which I did several season ago, and of course now there's stuff at every price level [using them], but I was very interested at the get-go when I saw that they were such a passionate way to convey your voice through an image. And an image can be so much. I know you've been there, where someone, your friend, was dissecting [a text message, saying], "Well there was this emoji and that emoji, what do you think this means? "So that means we take [emojis] seriously, that means they are a real communication tool. I've had people ask me, "What does that mean?" And I'm like, "Well, I was thinking 'I'm trying to be an angel boy', so I'm trying to say I'm being a good boy." So I think that proves that emoji do communicate, the fact that people want to clarify their meaning.

A lot of times in written text, emotion can be really ambiguous, but if you put an angel emoji or a smiley emoji, it supplements the conversation with emotion that's otherwise missing.

It gives tone or nuance to what is otherwise just words.

How do you feel fashion is changing as technology evolves? I started thinking about this a lot when I saw that the last Met gala theme about fashion in the age of technology.

We use modern technology to create things that couldn't have been created that way before. "We made this with lasers", "We did this with digital printing", 3D digital models, [and so on]. Wearable technology is a whole other aspect of it. Technology is part of our lives. [Your phone] is how you're recording me, but it's also how you're going to call your mom later, and how you're going to amuse yourself later looking through Instagram. It's also your memory. They're extensions of us now.

Do you have a specific social media app that you like to use?

I would say Instagram, especially with Insta Stories. I feel Snapchat better figure it out, because it's a little dangerous now, they'll be going the way of Vine if they don't watch out. Because the thing that's uncool about Snapchat is that I don't really know how to find people very easily. The fluidity of, "Oh I want to follow that person" [isn't there]. Is that really that person? It's hard to understand. On Instagram, it's confirmed. There aren't a million people with that same name.