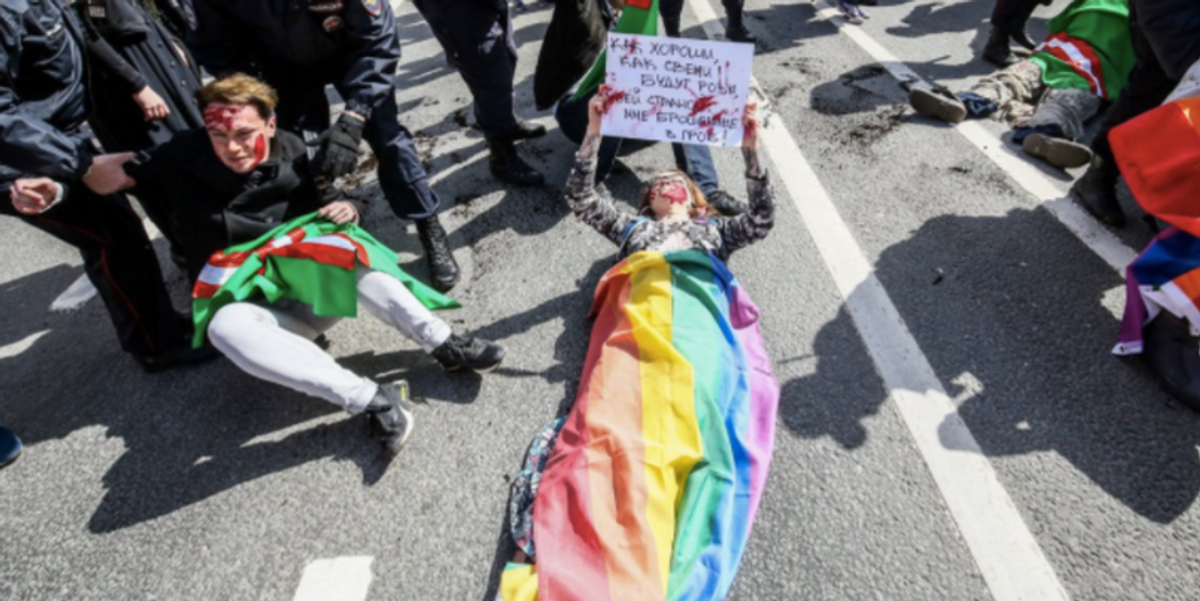 Chechnya's horrific treatment of its gay citizens hasn't let up since first being reported on earlier this year. Though Chechen President Ramzan Kadyroy chillingly denied the existence of gay people in his country, saying "We don't have those kinds of people here," reports leaving the country state that the government has been kidnapping and imprisoning gay men in concentration camps to torture them in a gay "purge."

International leaders and celebrities have called on Chechnya to put an end to the abuse, and Russia was forced under mounting public pressure to conduct an investigation in May. After only a week, however, the investigation found "no victims of persecution, threats or violence" and the abuse appears to only be getting worse.

The latest report from Crime Russia indicates that the Chechen government is allegedly labeling gay men as terrorists to prevent them from fleeing the country for their lives. The government has also allegedly forced the families of gay and bisexual men who have fled to write statements claiming that they in fact left to join terrorist groups.

A report by Buzzfeed News in May said that 40 gay Chechen men were denied visas to the United States.