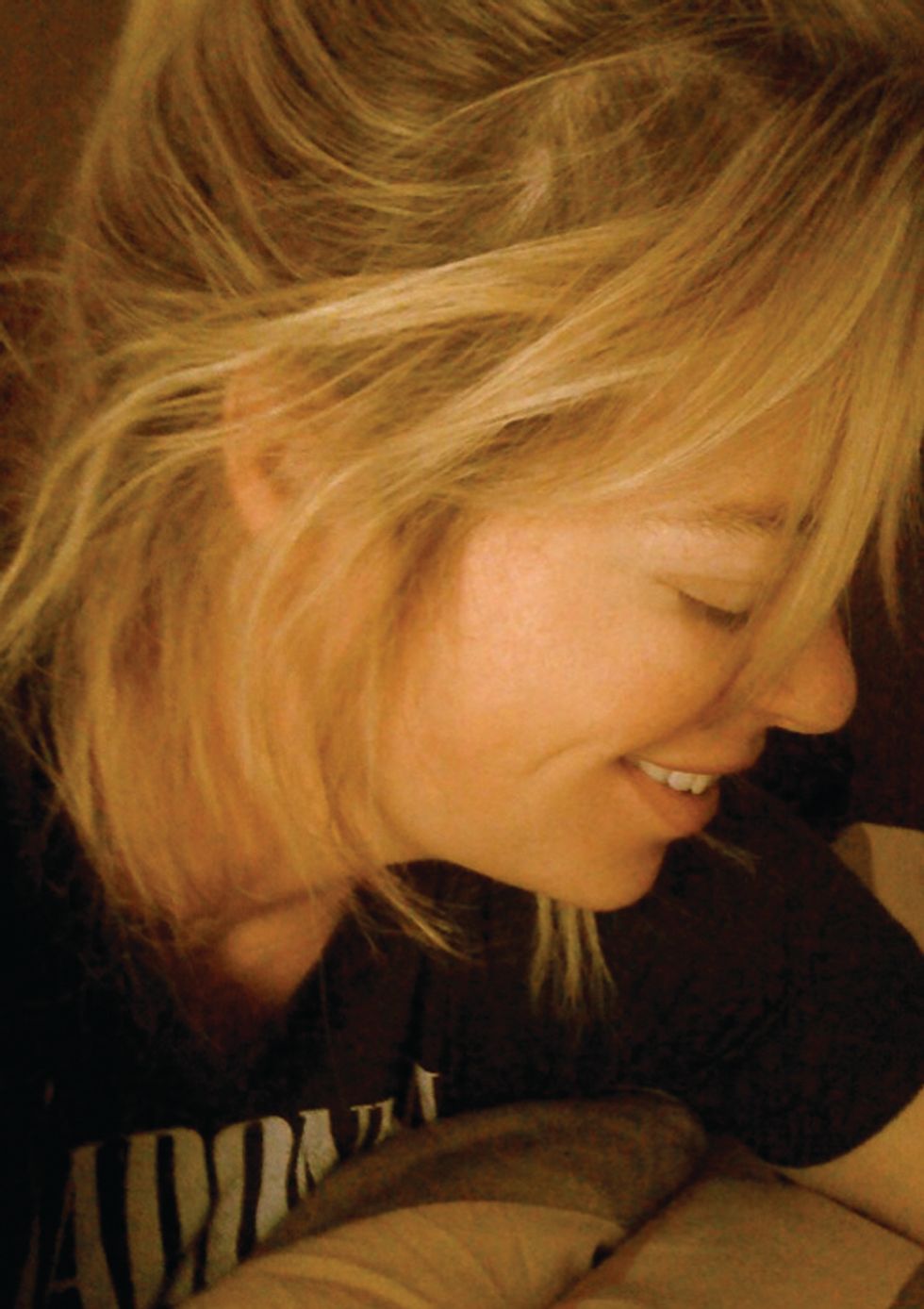 With her acerbic -- and hilarious -- tweets, former TV news producer Jenny Johnson (aka @JennyJohnsonHi5) has amassed a following nearly 200,000 strong, catching Hollywood's eye in the process. When the Houston-based Johnson is not skewering Chris Brown, Kim Kardashian or her own stepkids, the self-proclaimed "asshole and owner of 2 dogs" is working on a book of essays and a TV pilot based on her "twisted sense of humor."

In 2009, but I never did anything with it. Finally I just started messing around, making fun of how the whores from high school are becoming soccer moms and are like, "Pray for my kid, he has a cold today." And I was like, "Look, I'm not gonna pray for your kid with the sniffles. Knock it off."  People responded to that so then I started writing anything that popped into my twisted little head.

When you meet people who follow you on Twitter, do they expect you to be a jerk?

Yeah, they're surprised that I'm actually nice. I'm like, "What were you expecting? Roseanne Barr?"

You have a few different celebrities that you seem to go after more than others, including Chris Brown and Kim Kardashian. What's your online relationship with them like? Do they ever respond to your tweets?

I'm not a fan of Chris Brown's for obvious reasons. Hello, he beat up a girl. And he was so unapologetic about it and then continued to do things that were inappropriate -- like throwing chairs or saying homophobic things to nightclub bouncers. He keeps telling people to "get over it." How do you get over it? Seriously? I saw [a tweet to Brown] that said something like, "Why don't I beat the shit out of your mother and then three years later we'll just forget about it." I didn't write that but I thought it was really funny.

As for Kim Kardashian, the whole Kardashian family is famous based on the dad being OJ Simpson's defense attorney and then, really, with her making that sex tape. But no one ever acknowledges it! They're never like, "Gee, the reason everyone knows who we are is because Kim had sex with Ray J on camera and sold a tape, made money, and now we have shows, multiple shows and spin-offs." I don't have a real disdain for her but I just think she's delusional. For her to continue going on about how hard she's working, it's like, Oh my god, you sold jewelry on QVC! You're really going to compare that to working hard? She'll tweet something on a Tuesday like, "Oh god, just went to the gym. Two hour work-out and now I'm gonna go have breakfast with my mom. What's everyone else up to today?" Working at my job, Kim, like everyone else. We don't all get to go work out for two hours and then go hang out with our mom. Everyone else has to make a paycheck and pay their bills. I find it funny to poke fun at her because her problems are not real-people problems.  And she doesn't seem to grasp that concept.

What would happen if you met Chris Brown?

Oh god, I'd probably run for the hills. He replied to a tweet once. I was proud that after six months of harassing the guy, all my hard work paid off

Danny Zuker who's a Modern Family producer.  He's really, really funny. Rob Delaney, who's a comedian, is really funny. My friend Kelly Oxford, she's a really talented writer. She lives in Canada and has a really funny blog and I know she's working on some TV and film scripts.  Things are really happening for her. Recently, I've gotten into Gary Janetti, who's Brad Goreski's boyfriend. I could favorite every one of his Tweets.

You recently left your job as a news producer, right?

Yes, I'm working on a TV pilot and putting together a book proposal. My literary agent and I are trying to come up with a book that's almost like a David Sedaris-type where each chapter is an essay. But each one is going to be about something I did growing up, like all the crazy things I did. I was a mess. I'm just going to start at the beginning and get to how I became this twisted person with my sense of humor.

What about the TV pilot?

Yeah, it'll be loosely based on my own life. I'm 33 and my husband is older than me and he's divorced and has two kids. I was never a person who wanted kids, so learning how to be a parent was sort of a process. And I did a lot of things wrong. I'd take them to the beach and they'd get so sunburned because I wouldn't think to put sunscreen on them. Now they're 16 and 19 but when we first got married, they were 8 and 11. The funny part was, I never really knew how to be around them but they instantly liked me. You always hear the nightmare story of kids hating the stepmom and the stepmom trying really hard, but it was kind of the opposite with me. I was trying to get away from the kids and they would follow me everywhere I went.  That's gonna be what my pilot's about.

What does your husband think of your newfound Twitter celebrity status?

He loves it.  It was funny --  when I was in the process of writing my jokes on Twitter and I was writing these ones that weren't hitting, he was like, "Jenny, you are the most disgusting person I have ever met in my life. You are far grosser than any guy I have ever met. Why don't you just write the things you say to me all the time?" So I did and I think I got a write-up in the Chicago Tribune or something and I sent him the link and he showed it to a bunch of people he worked with. He works for this very conservative oil and gas company and has to wear a suit everyday -- it's very, very proper, so he comes home and was like, "Oh my god, everyone's following you on Twitter now. I heard my boss use the word 'cunt' quoting something that you wrote."  I was like, "Whoopsie daisy, sorry about that."  He just started laughing.

What do your stepkids and the rest of your family think when you tweet about them?  Do they care?

They think it's funny. They know that so much of what I write is blown out of proportion and exaggerated. There are times, though, when my mom will say something and it just writes itself.  One time she asked me -- and I couldn't believe this --  she goes, "Does your friend Lori's brother still have Down Syndrome?"  I went, "No, mom, he walked it off! What?"  So all I wrote was, "Seriously, my mom just asked me if my friend's brother still had Down Syndrome."  That's a joke that I just can't make up.

My stepdaughter is a sophomore in high school and she is full-on dramatic. She is just that typical teenager -- each day is more dramatic than the day before. I was never that way, so it's like having a foreign exchange student in the house sometimes. She just starts bursting into tears and I don't know what to do. My stepson is a freshman in college now and he's really into computers and not into sports -- he's not this guy's guy who wants to go hunting and fishing -- he's always liked to play with computer games.  He's kind of nerdy, but a real sweet guy.  They both get that I'm joking so anything I write, they don't care. They're more flattered that they're getting attention.

Write the things that you think are funny and that's what's gonna click with people.

MORE FROM PAPER'S GUIDE TO THE INTERNET