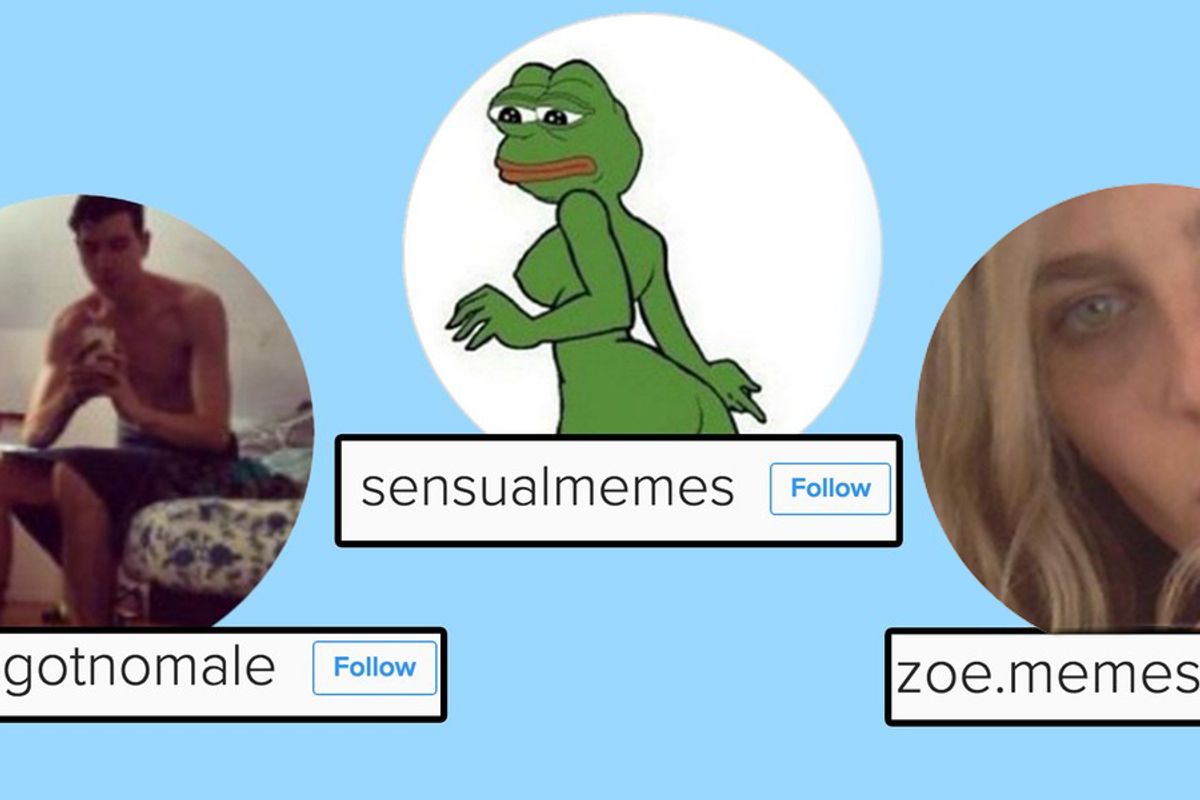 Even if baby boomers whine and complain about technology being "the death" of human interaction, Internet memers and IRL pals Sebastian (@youvegotnomale), Zoe (@zoe.memes), and Shannon (@sensualmemes) prove otherwise. The trio met via the world wide web and have since gained url infamy through their Internet presence and #relatable content, racking up impressive followings that range from over ten thousand to forty thousand users. As they watch their follower count grow, it's reassuring to know that these three Internet tastemakers can still appreciate a well-thought out self-drag time and time again. We chatted with Sebastian, Zoe, and Shannon about their niches, irl vs url, and keeping their content fresh-- alongside our custom PAPER Mag Starter Pack, courtesy of @youvegotnomale.

So how did you three meet?

Sebastian T: Shannon and Zoe both slid into my DMs.

Zoe D: Yeah. I followed Sebastian for a while on my personal Instagram account and messaged him asking him to post this meme I made. Then while I was drunk at a party we were sending photos back and forth and made a meme together; we had never spoken before.

What drew you to each other's accounts?

SG: We have very similar ideas. I think our accounts are so niche and you really need a lot of context to get them, but if you do they're so funny.

Is it important to find a niche within Internet Culture?

SG: It breaks away from anonymity. It's funny when people insert their personal lives and beliefs into a meme; you start to realize that there's a person behind this account and not just some faceless brand.

ST: The more niche the content is, the more relatable it is to everyone. I'm one of the few where my entire life is on my page: If I'm going out, if I see a hot guy on the street, if I wanna make a meme. I just don't care.

ZD: Yeah. Like I made this starter pack that was very specific to me, but it was so relatable to so many people. That's the thing about memes, it makes you realize that no one is different from each other.

It seems like it would help keep your content fresh, it's not just focusing on whatever the popular meme is right now.

ZD: The thing with us is that we never really do the "meme at the moment". Sometimes trends can be a good device to use with your own content but honestly I just don't have the time to pay attention to whatever the current meme is.

SG: There's always new trends, and sometimes I can utilize them if I find them inspiring. I'll see images and try to put it in a context that'll fit within my brand.

ST: People tell me every time they look at my page they always know there's going to be a meme but they never know what the subject matter is going to be.

At what point does one achieve Internet fame?

ST: Once you hit a certain follower count so much stuff starts happening. Something clicks and everyone wants you. It's very interesting; it comes from nowhere.

ZD: Sometimes people at a party will introduce me to someone and be like 'this is Zoe, she's meme famous'.

How do you react when that happens? That URL life mixing with IRL?

ZD: I want to actually run away and hide.

SG: It's scary that you can't control how people will react. I think that if you feel you have something in common with a person you should just be able to approach them and relate to them on a personal level, but I feel like people have issues approaching me.

ST: It's crazy. People will approach you thinking they know you. Like I just met these people and they know what I did last week.

SG: People do think there's a type of isolation being on your phone so much, and sometimes there is, but it's really key to understand that it's not any less real just because it's online, we're still real people. Plus it's easier to meet people that you actually share bonds with, especially within communities. You can make friends with people who are exactly like you and that's so nice.

ZD: I mean fuck, I'm friends with a bunch of people from the internet that I've never met before!

What's your prophecy for the future of social media?

SG: I think it's up in the air. I'm sure there's a whole level of social media and technology that'll pop up. At one point Instagram won't be the main place where people look for content. It really had its time to shine but something new will probably come along.

ST: I think Instagram will be done in two years.