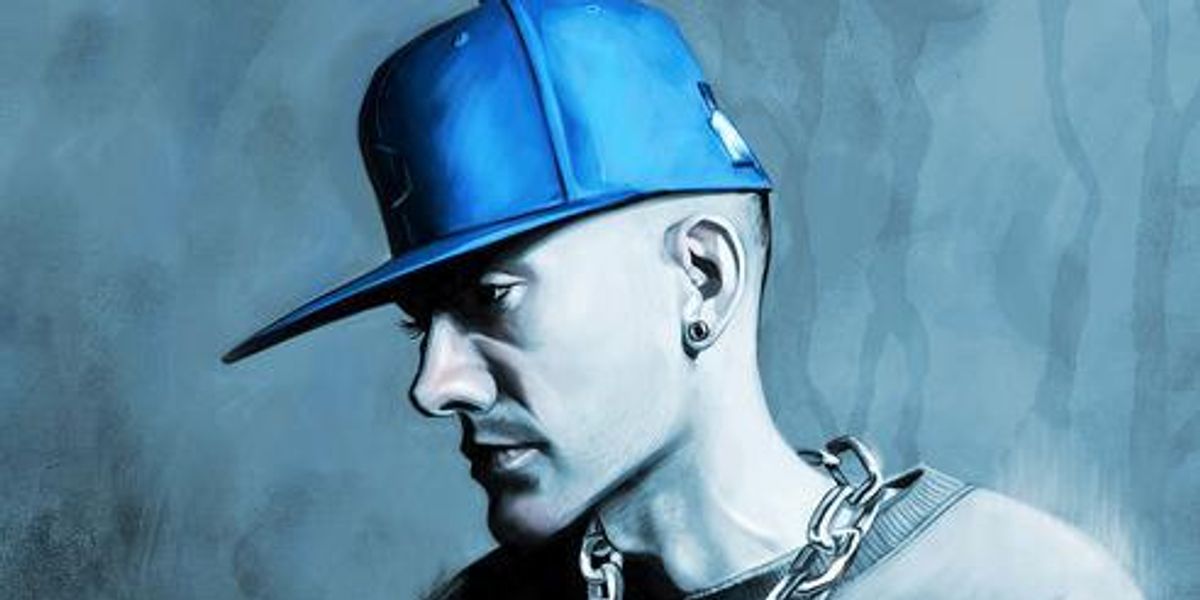 Multi-hyphenate producer Salva got his big break after dropping a trap remix of Kanye West's song "Mercy" in 2012.

Since then, he has grown as a producer, remixer, DJ, and artist, known not only for masterfully blending hip hop and electronic sounds, but also as a tastemaker who can make pure rap albums as well as pop masterpieces. We caught up with him at the TIDAL X: 1015 benefit show where he performed over the weekend, sharing the stage with Beyoncé, Nicki Minaj, T.I., and Lauryn Hill, amongst countless other musicians. We asked him about his influences, the future of his sound and brand, and the impact social justice movements have had on the current music and cultural landscape.

In the current 24-hour news cycle, it feels like everyone is constantly creating content to stay relevant. I'm wondering if you feel like this affects music production as well?

Absolutely. I think that's why you see artists as big as Drake doing mixtapes, doing quicker turnover content. It's causing a whole new type of content. For myself, I've been learning 3D art animation to put a visual touch to my music, so that's how I'm adapting.

Do you think being a musician today also means cultivating a brand? Do you find yourself doing that?

It does. And I think for some artists it doesn't have to, and I appreciate when there are artists who only do their craft and that's their passion, but other people like myself, being a DJ and a producer and a songwriter, I've always had an affinity for all of that, I think it kind plays into the sensibility of doing a lot of things in today's culture.

How has the West Coast hip hop scene as well as the fact that you're LA-based affected your sound?

I've been fortunate enough to work with DJ Mustard and MixedbyAli who's Kendrick's DJ, and I met Doc McKinney last week who's Weeknd's producer, so being in LA, [it's great to have] access to all these names. That's on the higher level, you know. The bigger selling artists. On the underground level, all the aspiring rappers are coming through LA to work, to get courted by the labels. So I think [living in LA] really changes the amount of people I'm able to collaborate with.

In a previous interview you spoke about the structure of a rap song, and I was wondering if you could speak on what you understand that to be and if you see your music fitting into it or not?

I was referring to people taking a rapper and putting it on an EDM track versus really understanding the form of a rap song. I think the standard rap production follows a pop standard with a verse and a chorus whereas an EDM song has a blow up and a build up and it's going to have a snare roll. And I think pure rap music doesn't have those elements. I have both stuck to it and broken away from it. I guess it depends on the artist I'm working with, what I'm going for, and the project I'm working on. Things have changed a lot since five years ago. The genres, everything has become more widespread, so there's so much more room to do anything you want, really.

What about your latest work?

I remixed "Needed Me" for Rihanna officially. People are calling on me to bring more energy or to bring that kind of vibe to an R&B or rap song, but they don't want to go full blow-up EDM. So that middle ground is what I've been walking on, and I think that's why I was blessed to get put on the bill tonight. Because I can get that energy but still keep it R&B and hip hop, so everyone can enjoy it.

Do you find your current work has been influenced by your experiences working on movie soundtracks and in pop production and as a songwriter?

What pop have you been enjoying lately?

I like the Frank Ocean album a lot. I liked Lemonade a lot. And I'm not just saying that because Beyoncé's here. Bon Iver's album was cool. And a lot of that pop music is very avant-garde. The James Blake album was cool. So many albums come out each week. Honestly, if there are any haters in music right now, you're not looking in the right places.

You've remixed songs for a very diverse group of artists. What draws you to the music you remix?

Sometimes it's work for hire. Sometimes people hit me up and want my sound and pay for it, and I'm usually happy to do it unless the song is God-awful. Other times, it's free work for friends. Actually, the Nick Hook and Novelist remix I did premiered in Paper Magazine two weeks ago, and Nick's my boy. We did the Yung Thug song Old English together. And I love that song he did with Novelist, who's a dope British rapper, so I just did that song for free. So it's one of those two.

This has been a huge year for social justice movements like Black Lives Matter and feminism. They've been represented a lot in rap, hip hop, and pop music. How do you think about these conversations with musicians or in your own work?

Obviously, I think they need to happen regardless. Being a white male, I don't, on a daily basis, feel some of the injustices that women and minorities do, and I feel maybe I have to fight even harder for [justice] since I don't have to. But either way, I think it's wrong and I believe in equality, and I live in America and I want things to get better. I think we're kind of moving in the wrong direction with some of the other movements that are happening right now, like the Trump movement, but I have to trust that people with influence like those behind TIDAL and Roc Nation, and Jay and Beyoncé, who can help turn the tides, will do so; I'm standing with them.