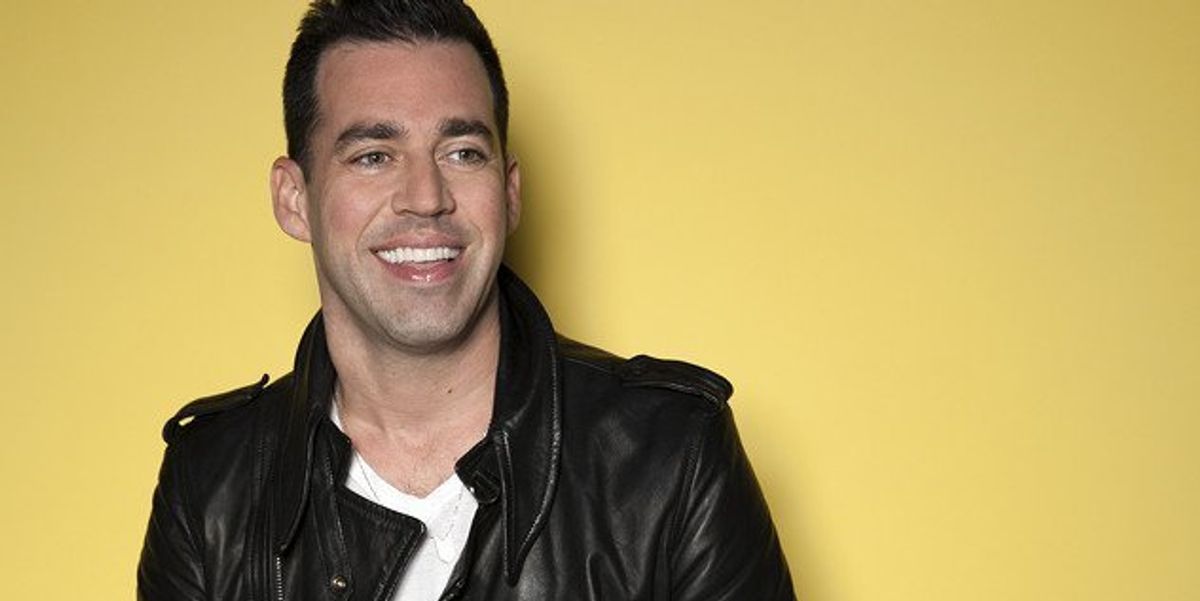 New York-born and LA-based comedian John Roberts is truly one of the pioneers of YouTube, and Internet comedy.

Before he began his critically acclaimed turn as Linda Belcher--the mom of all moms--on FOX's hugely successful animated comedy, Bob's Burgers, Roberts was a star in his own right.

His early YouTube videos, including "Mother's Day" "My Son Is Gay," and "The Christmas Tree," featured him as an incarnation of sorts of his Brooklyn-born New Jersey dwelling mother, and were some of the earliest examples of viral clips online.


His other videos, including the iconic, scotch-taped nose and UGG boot-wearing "Jackie" of "Jackie and Debra," were also bonafide YouTube classics, true staples of the medium.

John's wholly unique voice was as hilarious as it was groundbreaking, as an openly gay comedian venturing into the largely unknown (at the time) field of queer Internet comedy.

Now, 10 years later, with an Emmy nomination (for Bob's in 2015), and ever-growing notoriety, John is looking ahead at new projects, including music collaborations with Blondie.

We caught up with the funny man to talk early YouTube, and the eternal power of moms.

You first started posting YouTube videos ten years ago--how did that start? And did you have any inkling of where it would take you?

I'd been doing a live show at Starlight Lounge on Avenue A—which is closed now. They gave me my own night there to work out all these characters for two years on stage. I came up with my "Mom" character, Jackie and Debra, and I did those characters every week, for like, forty dollars. And I would DJ. Sometimes there'd be five people in the audience, and sometimes you'd have a packed house. When YouTube came along, it was pretty new; it was in 2006, and it was around Christmas time, and I had this bit about my mom's Christmas tree. So I put it out there to see what would happen. It was shocking to watch all the hits come in and it was getting passed around.

That must have been surreal.

Yeah, before that, I was doing the act for like, twenty queens every week, which was great, and it taught me how to get really good at these characters--queens are hard to make laugh, especially when they're drinking. That got me my stage legs. I was lucky enough to have friends who owned this bar, Starlight Lounge, and it helped me to explore, so when I got around to making the videos, I had the characters down.

It's amazing how you were doing queer Internet comedy before it was really a thing.

Going from doing my comedy at a gay bar in the East Village, to then seeing a bunch of kids in the Midwest taping their noses: YouTube gave me the ability to connect.

It also taught me how to tone things down. You're used to these jaded East Village queens, and then it was like, "Oh, shit, there are kids here." Not that that's really stopped my potty mouth.

What's your take on YouTube comedy today? YouTube "stars" in general, as someone who paved the way?

There's stuff that kind of fascinates me--with people just kind of talking to the camera, and it's not very creative, it's just kind of them rambling. I do, however, think that it's awesome that there's an outlet for these kids in middle America, you know? I mean, I'm sure if I was growing up now, I would definitely be doing that kind of thing.

That said, there's a difference when the content is more, you know, the need to be seen every minute of the day.

Your character, Linda Belcher, on Bob's Burgers is really one of the best characters on TV. Did you draw a lot of influence from your "Mom" persona?

It's a voice that I've always had--you know, my mother, and my aunts are all from Brooklyn, so I've always done that voice really naturally since I was a kid. Bob's started as a demo, and I didn't audition for it. The creator of the show saw me performing at Comics, which was on 14th street, and now is closed. My videos were out, and he just sort of picked me to do this. So it was something I never saw coming, and for me it's a very natural fit. As far as exploiting my mother to make a living, I'm still finding new ways to do it.

I'm sure she's proud of that!

Oh yeah. She expects the Christmas gifts, and I got to take her to the Emmys when I was nominated, which was an awesome moment for us. But other than that, she's always game for being parodied.

It's pretty universal, though, with moms and gay men--moms shape a lot of our humor. They're a driving force for gay men in comedy.

There's definitely a spirit, you know, between moms and their gay sons--because moms know, usually, that their sons are gay.

Yeah, "My son is gay." It is like that, and we have a special relationship there that I get from my mother. My parents divorced kind of early, so I was around my mother and my sister a lot. And I think that spirit is in Linda as well: Don't give up, and the glass is always half full, and to kind of just enjoy life, but do it with a really heavy New York accent.

What other projects have you been working on?

Well right now, I've been working on a project that I'm about to go out and pitch, it's with Amy Poehler's production company Paper Kite, and it's something that [I've] been working a bit on with H. Jon Benjamin, and we'll see if we get to make it. I'm really excited about it.

I've also been building a recording studio. I make music as well. I'm going to be doing a little breakdown on the new Blondie album, Debbie Harry asked me to do some vocals at Sound Studios in L.A….

That's amazing! How did you two become acquainted?

I met her about ten years ago. My band, OPTI-GRAB, opened for Blondie a few times, and we've maintained a relationship. She's been in some of my Youtube videos. So hopefully I'll get to be on the Blondie album, you never know.

That's awesome! Is music something you're wanting to explore more?

I'm going to definitely play a lot more live music when I get to New York, and film some music videos that I would put on Youtube and promote.

Are you going to be doing more stand-up, as well?

I love stand-up, but it is hard, and it is a roller coaster ride. Like we just did our Bob's Burgers live shows--we sold two nights at the Wiltern Theater, and the audience is huge, and it's great, and then you go do a show at The Improv and you really have to work a lot harder for the laughs or whatever. But that's great too. Stand-up's great for that, you can always get on your feet and work out material, and, you know, you just want to make them laugh.