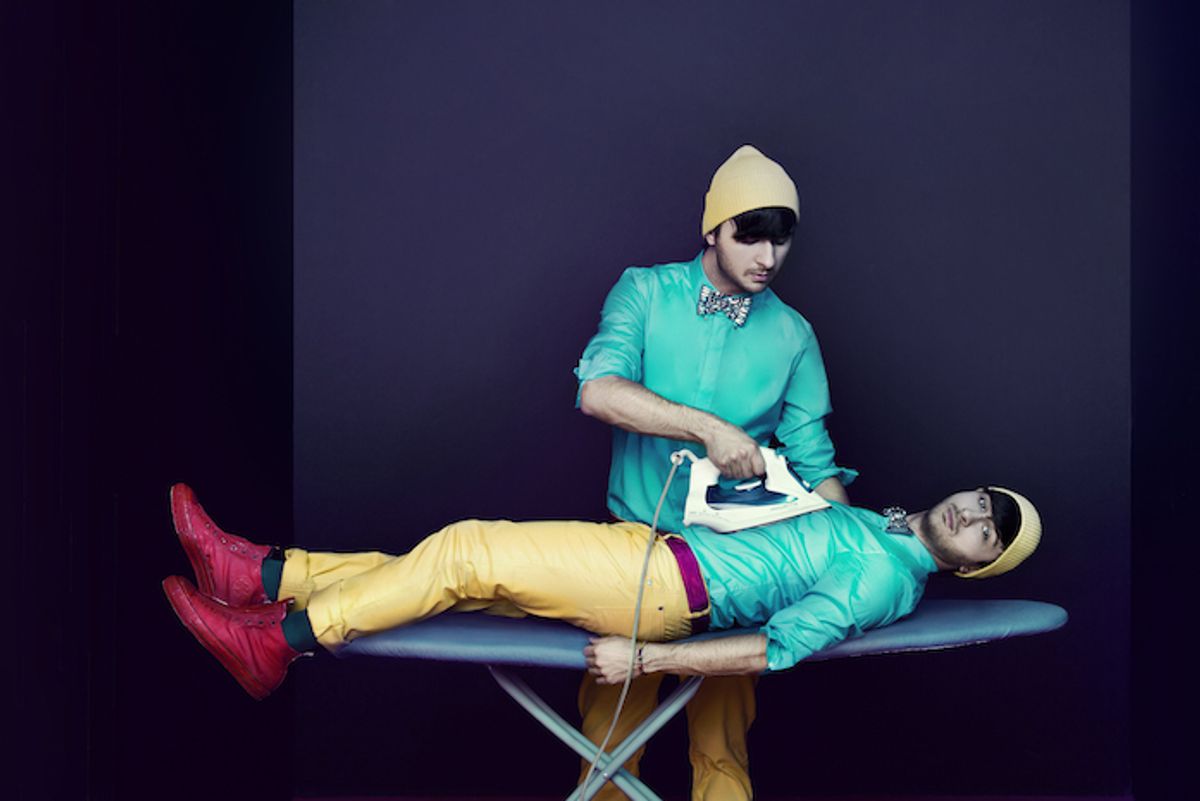 Independent singer-songwriter, producer, and DJ Brad Walsh has returned to mesmerize audiences with the release of his full length album Six Infinite -- a feat he hasn't conquered in five years. The album's smooth tones and infectious beats serve as the base for emotional lyrics spurred by a sudden separation with one of his best friends of twelve years. However, Walsh is not just making music; he's using his platform to take a stand for what he believes in -- the Black Lives Matter movement and urging celebrities to stand up. We chatted with Brad about the process of making this album, the role of politics in the music industry, and what we can expect in 2017 -- alongside his Ramones inspired track "Nicolette Likes Ladies".

This is going to be your first full length release since 2011. Tell me about the process of making the full release. What made you decide now was the time?

I had a really serious friend breakup with my best friend of many years. So this album, the root of most of this music, started out as anxious-depression and post-fear of 'what's happening with my best friend of twelve years?' and it slowly changed over time. It's all very personal and there are multiple meanings. I'm much better at creating something emotional out of more desperate feelings.

Is music always the product of those emotions?

It's almost always music first. When I'm deep in my feelings I write a lot for myself. A month ago I started writing a really political essay about racism in queer culture and I got really deep into it. In my song "Available", there's a minute long break that's very politically charged about Black Lives Matter and basic inequality that I can't believe is the norm right now. I wrote that out of rage and anger about all the shit that's been happening this year; it's beyond belief to me. I actually wish I had more politically relevant material on this album because I feel like now is a good time. That's why in the liner notes I included a note about Black Lives Matter; a little mini manifesto. I just feel like if artists aren't doing or saying anything what's the point? I'm not the type of person who thinks that celebrities are super important but they are important as far as having influence, and if you stay silent on these egregious injustices then what are you doing?

How do you think this political climate is affecting the music industry?

I think it's pushing it. Unfortunately some of the greatest and most classical arts, whether it's musical, digital, or film, come out of climates like this. It's born out of frustration of looking around and seeing people not give a shit about things that they should care about. It's very inspiring for an artist; it drives you to want to say something. Think about the song "Freedom" by Beyonce and Kendrick; I think that song and their performance is going to last forever; there's a real visual aspect in this moment in time too.

Last year you mentioned in an interview how you felt like there was a lack of in-between in music. Do you think that's changed this year?

I feel like it has changed because the general public is over the chorus that is not chorus. If you think about the leaders in Pop: Rihanna, Beyonce, Lady Gaga, these are the people who put out new music that's different than what you hear on the radio. Initially it's like 'what the hell is this?', but then it grows on people to the point where it's music that people start copying. That changes the way we view Pop music; it always does. I think those three artists are changing music. There are real songs again. Production is still important but songwriting is coming back. Thank god.

You've made remixes for Lady Gaga, Britney Spears, Adam Lambert, etc. How do you tackle making remixes vs. working on your own music?

If I'm remixing a Pop song, I'm working with a song that's already structured and I'm building the architecture around it; it's my own sound obviously but it's a lot easier and quicker for me if I'm building around a core. It's a lot of fun. I take a couple days and it's fun to escape my own head and work on someone else's thing for a while to give it some energy. I always like that. When I'm not working on my own thing I can work on remixes a lot quicker and a lot more prolifically. When I'm working on my own thing I have a really hard time taking a break.

Any musician is going to give you the old line that I don't fit into any category. I think Pop fits best for me just because Pop nowadays is so much more than what it used to be. It really encompasses all types of genres now. Some of my music is Dance but I have a hard time getting there in my head because I can't picture some of my lyrics playing in a club.

I think I will do some shows around the country, like NY, LA, Chicago; I don't want to do a full tour because that stresses me the fuck out. I'm getting some friends and new upcoming producers and doing a remix EP; other people remixing my songs. Of course I do runway music for every one of Christian's shows so I'll be doing one of those. But one thing I'd really love to do is release a book of the photos I've taken; I think people would really enjoy it.