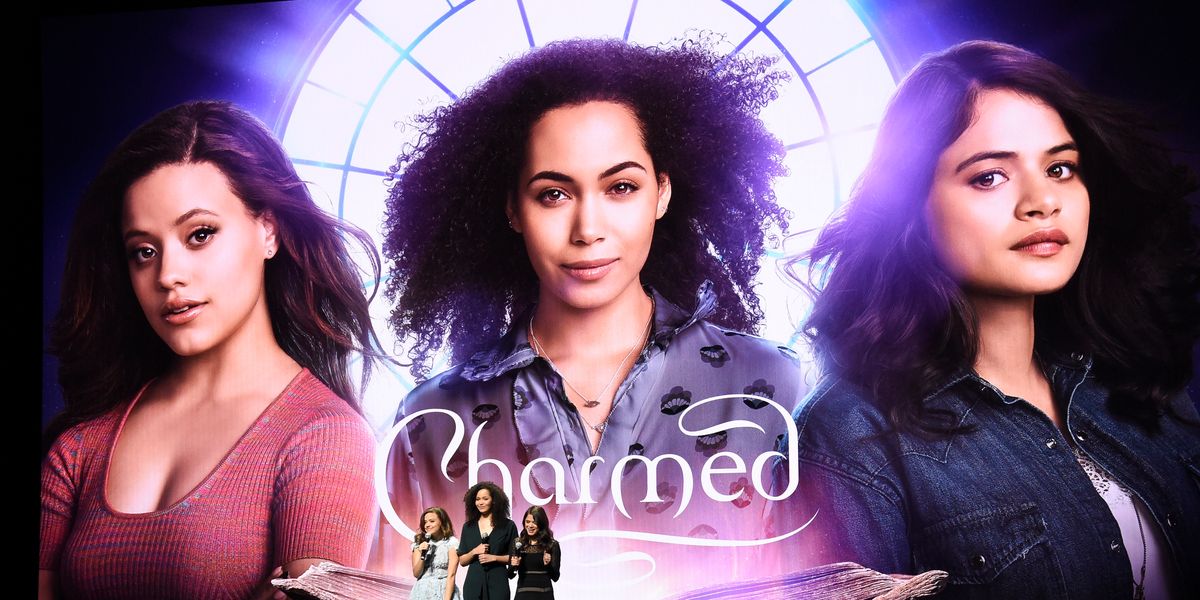 The power of 3 really will set us free, if the trailer for the new Charmed reboot is any indication. The beloved early-aughts series is getting the millennial makeover, complete with a feminist slant (not that the original series didn't promote female ass-kicking) and some much-needed diversity. In the original series, the Halliwell sisters and most of the supporting characters were white-passing — as was, sadly, typical of the era. It's about time Charmed Ones look more like the world we live in.

The CW show will star Sarah Jeffery (Maggie), Madeleine Mantock (Macy), and Melonie Diaz (Mel) as the Vera sisters. In the trailer, we get a sense of the sisters' witchy powers, and they are similar to the original trio's magic: telekinesis and time-freezing, with mind-reading as the new addition. Of course, fans of Charmed remember that the sisters obtained newer powers as they got older, and they became a supernatural force to be reckoned with.

Like the first Charmed, the Vera sisters also contend with the death of their mother, Marisol. In the reboot, however, Macy is a long-lost sister who mysteriously reappears at their doorstep. The Vera sisters are also younger than the Halliwell sisters; Maggie and Mel are both students, and Macy is a geneticist. They are suspicious of Marisol's death, and slowly embrace their new powers to determine how their mother died. We even get a glimpse of their new Book of Shadows, and fans of the original show can rest easy — the book's cover includes that iconic triquetra design. Some details are just too precious to tamper with.

Charmed doesn't have an official premiere date, but will air on Sundays on the CW. Check out the trailer below.