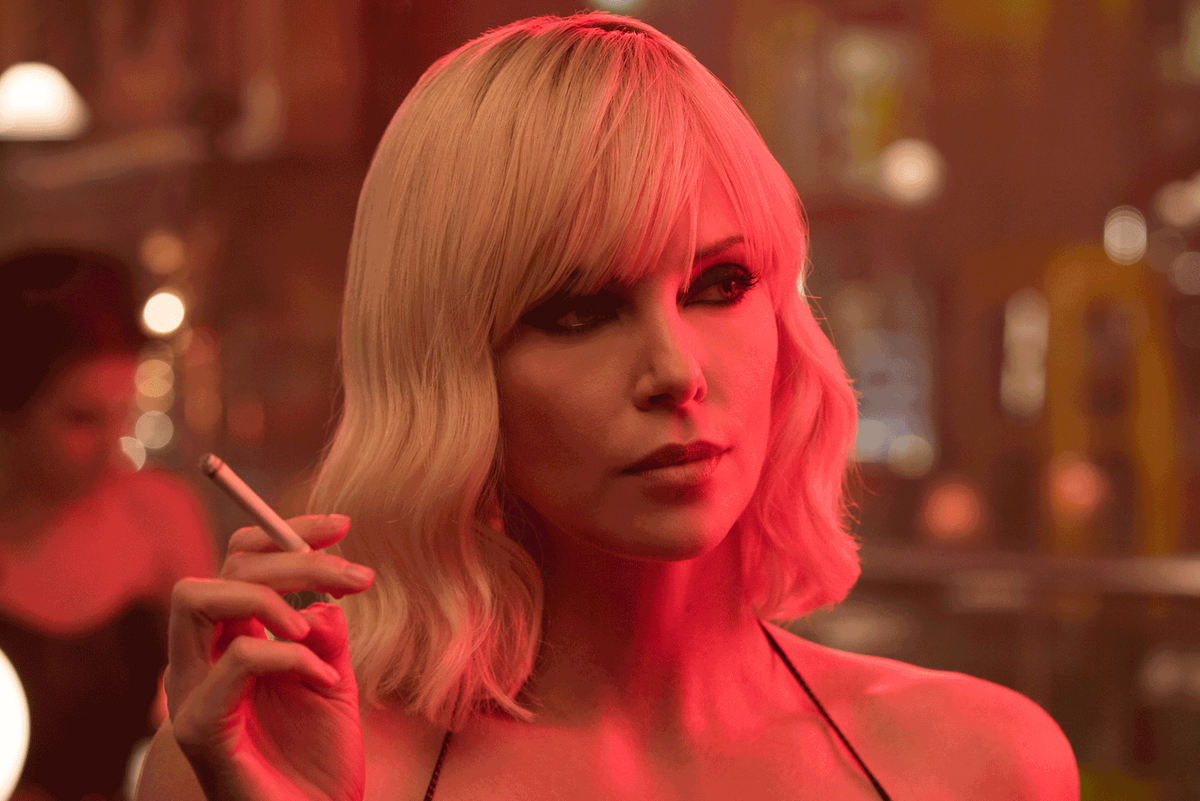 It's always nice to see actual queer actors play characters that fall under the queer spectrum on screen, but if a straight cis person is going to portray one, it may as well be the iconic Charlize Theron. In a win for female and queer empowerment narratives, the actress plays top-level MI6 spy Lorraine Broughton in Atomic Blonde, the female answer to the overblown James Bond franchise. It just so happens that her character is also bisexual—and there's no explanation needed.

"I just loved it," Theron said about playing a bisexual woman in an interview with Variety. "For so many reasons: My frustration of how that community is represented in cinema, or lack thereof. And also, it made perfect sense. It just suited her. It just felt there was a way through that relationship and the fact that it was a same-sex relationship to show a woman not having to fall in love, which is one of those female tropes. 'It's a woman; she better fall in love — otherwise, she's a whore!'"

One plot line in the film sees Broughton reject the advances of a male co-worker played by James McAvoy and later sleep with another female spy, played by Sofia Boutella. But don't compare that love scene to James Bond seducing his multiple Bond girls. "James Bond doesn't have such hot you-know-what," she remarked. "I loved that we didn't hide under the sheets." May bisexual people and characters never have to hide under the streets, theoretically or literally, ever again.