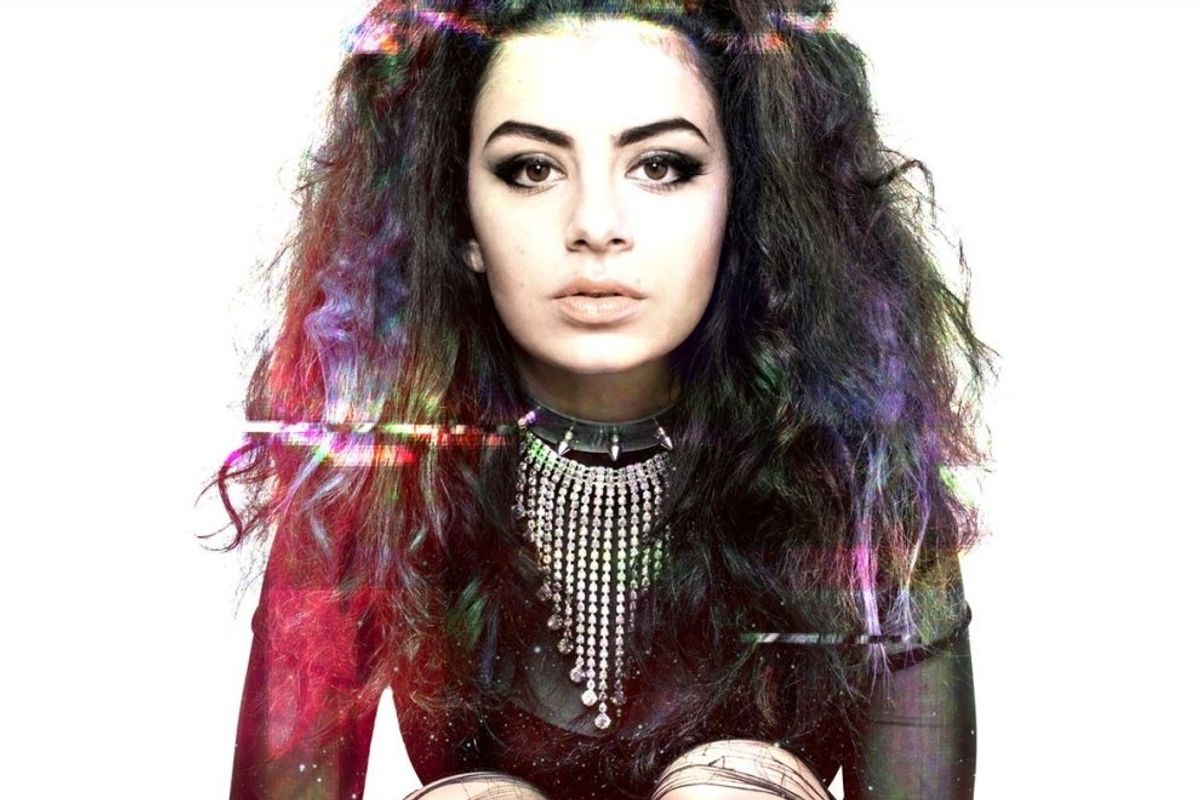 Before she opened for Taylor Swift on the Reputation Stadium Tour, before she filmed the best music video of 2018 with Troye Sivan for "1999," and way before she started releasing mixtapes full of SOPHIE and A.G. Cook-produced hits, Charli XCX dropped True Romance.

True Romance, released on April 12, 2013, was Charli XCX's debut album, and it cemented the singer-writer-producer as name to know in electro-pop. A generous smattering of synths fill the silent spaces between her verses on every track, and with only one feature from fellow innovator Brooke Candy, it's an album that stands strong with Charli's vocal and lyrical capabilities at the forefront.

Fans are always quick to congratulate Charli on the anniversaries of her bodies of work, sending her a treasure trove of memes and pulling her into their arguments about the top songs from each respective work. The sixth anniversary of the release of True Romance feels a little different for some reason; perhaps it's because Charli's been in the studio, publicly revealing to fans that she's working on her first studio album since 2014's Sucker. It's an exciting time to be an Angel, with the success of "1999" and the revival of her label, Vroom Vroom Recordings, and with the band Nasty Cherry.

While there isn't a single bad track on True Romance — and that's a fact — in honor of the occasion, here are our top 5 tracks from the revolutionary record.

The album opener is so grand and so unequivocally True Romance. Almost immediately, Charli's inherent talent for writing radio-level infectious pop comes through. "We survived nuclear seasons," she repeats over and over, broken up only by "oh ah" ad-libs, popularized by the dance-pop trailblazers of the 2010s. It's a song that, even upon hearing it for the first time, echoes like an old lullaby in your head.

"Cloud Aura" contains the first and only feature on the album, delivered in the form of a bumping verse from Brooke Candy. It's got the same elements as the other 12 songs on the album in terms of drum kit styling and electronic fills, but what sets it apart is the unique instrumentation behind the repetition of the chorus. Each pluck grinds harmoniously against Charli's steamy vocals, enchanting listeners upon the completion of each bar.

"Grins" isn't as intense and direct as the other songs on this list. The track provides Charli with a full range of motion to sing and show off the poetic lyricism that defined her first era. It's spacey and grand, but where it lacks in straightforward, more structured tones, it makes up for in its message and impressive finale.

Perhaps "Take My Hand" made this list because of it foreshadowing Charli's sickly-sweet bubblegum pop future with PC Music royalty. While it may have been fans' first inkling of her futuristic take on '90s-style instrumentation and vocal production, it's now a clear middle ground between her rock-inspired sophomore album Sucker and her mixtapes, Number 1 Angel and Pop 2. Dazzling blips and pops back-up acoustic claps and kicks while Charli does what she does best: deliver earworm after earworm-verse.

"What I Like" is an example of the type of magic that can be conjured when a multi-talented lyricist finds a production style that cushions and encourages their rhymes and melodies. Speeding synths accelerate a narrative told by Charli about a hedonistic love, one that she wants to be "on some husband and wife shit" with. Each line of the chorus almost runs into the next, already pressed up against a bopping beat lined with rings and quick runs of hi-hats. It's a song that encapsulates everything that Charli has stood for since the very beginning: uninhibited style, sex, and sound exploration.