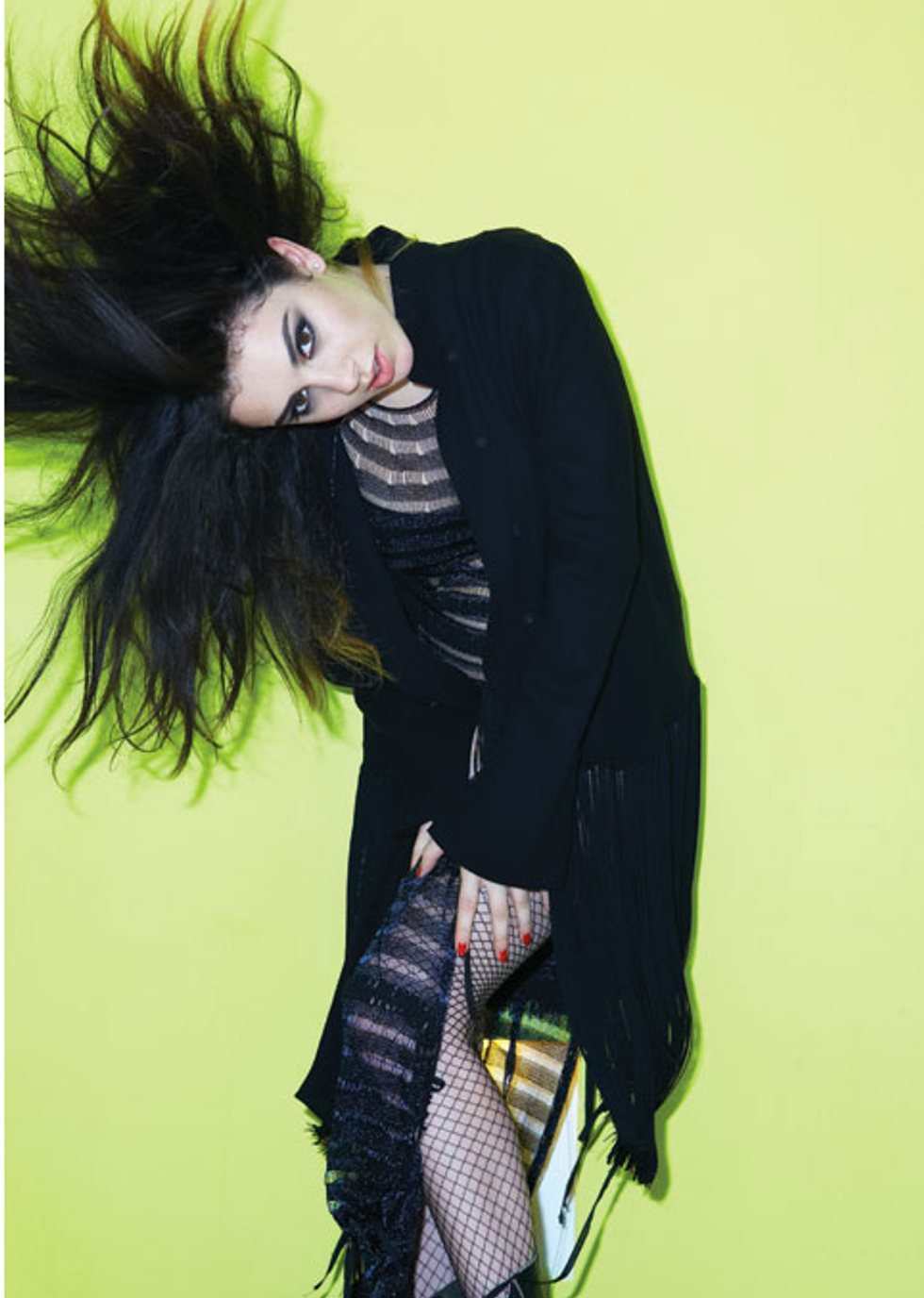 On stage, Charli XCX dances like a little girl throwing a tantrum -- and it's fantastic. The 19- year-old goth-pop princess tyrannically bounces from one point of the stage to the other -- as she did at The Bowery Ballroom this past weekend, aided by some massively tall platform sneakers  -- belting out (pitch-perfect, no less) big, bass-booming tracks like "Nuclear Seasons," the Gold Panda-sampling "You," and an enthralling cover of Echo and the Bunnymen's "The Killing Moon." By the time Charli closed with a rousing rendition of her most popular track to date, the sexy and romantic "You're The One," she had the crowd in the palm of her hand, even getting them to do some call and response ("When I say 'XC,' you say 'X,'" she would yell). Although she's painfully young, the Atlantic Records-signed artist is quickly proving to be something special -- she's already shared a stage with Coldplay, and will do so again for some select US dates this month. We spoke to the singer/songwriter about her live gig regiment, goals for the next year, and her wildest onstage experience yet.


What should people expect from your live performance?

I want people to feel a rush when they come and see my show. It's very energetic and emotional for me. I find it really exhilarating so I want the audience to feel that too.

Any pre-show or post-show rituals?

Pre-show, I usually just freak out and pace around and get all tense. Post-show, it's party time!

How do you keep energy onstage?

I don't know! I don't really think about anything onstage -- I just go with it and let everything happen. I want it to be difficult for me because then I feel like I can get more emotion out of myself. I push myself really hard.

What's your favorite song to perform?

Whatever the newest song is. At the moment, it's this song I did with Blood Diamonds for my HEARTBREAKS AND EARTHQUAKES mixtape. It's called "Grins." I feel like people can bounce to that.

What's been your craziest gig experience?

Probably when I played my first stadium show with Coldplay. It was just so overwhelming. I played first so the venue wasn't even full, but there were still probably 25,000 people there. It was insane! I couldn't believe it. I watched their show afterwards and cried four times just because I found it so amazing that 80,000 people were in the same space all singing the words to their songs. It was super freaky -- in a great way.

How would you like your show to be set up a year from now?

I want my show to turn into a big tornado on stage. I want everything to be up in the air and billowing around. I want the stage to self destruct. That's my plan. Get ready!