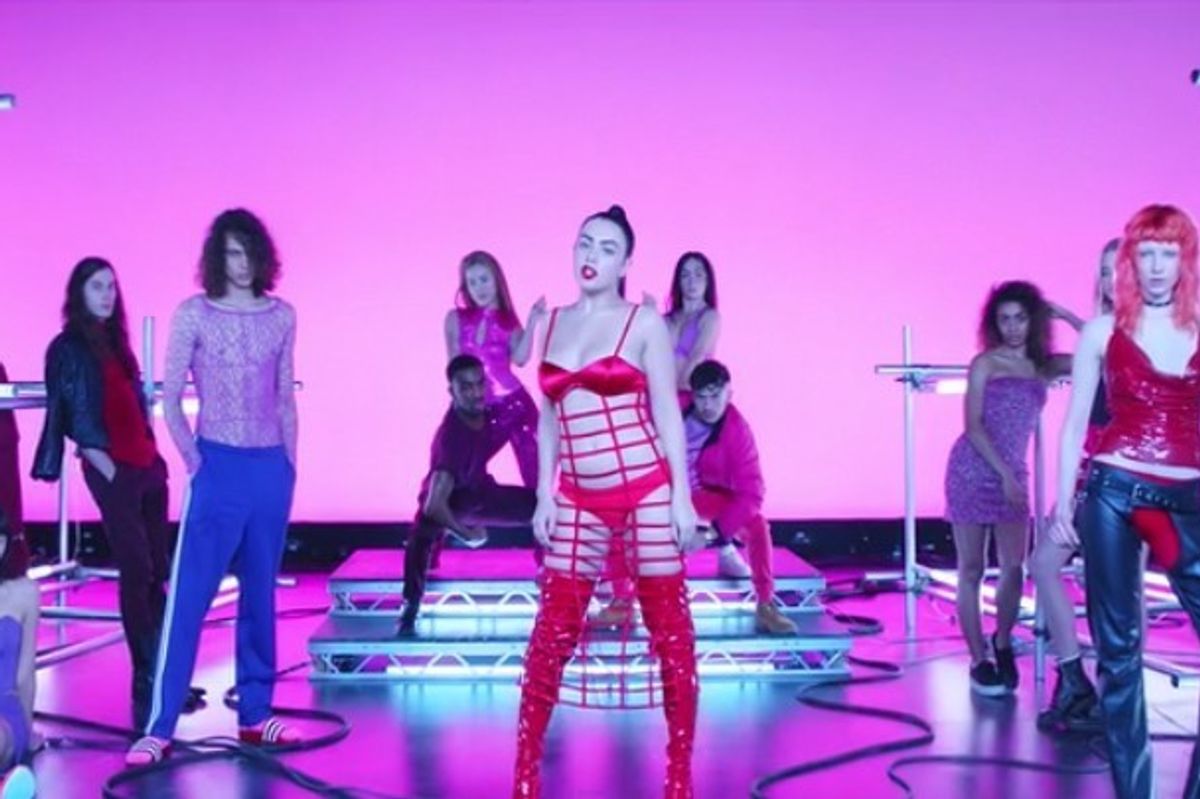 Following the launch of her label Vroom Vroom Recordings and the February release of her Vroom Vroom EP, Charli XCX has dropped a video for her song "Vroom Vroom." Taking cues from hip-hop videos of the 90s, Charli XCX sports quite a few outfit changes in the form of a leather crop top, red lingerie, string bikini and thigh high boots while standing next to luxury vehicles. The video for the avant-pop "Vroom Vroom" also features members from the PC Music crew including A.G. Cook, "Vroom Vroom" producer SOPHIE, and Hannah Diamond, who appears on the Vroom Vroom EP.

Watch the smokin' hot video below.