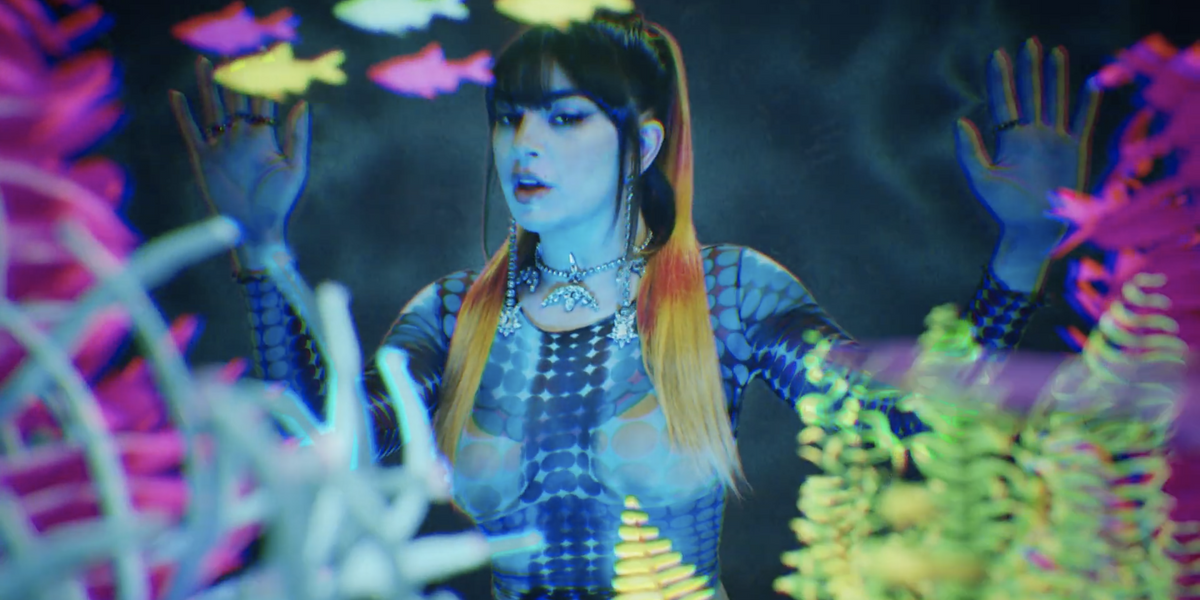 The Spice Girls' "Wannabe" has been getting some seriously well-deserved love in 2019, weaving itself into the storyline of the viral hit Hulu show PEN15 and getting performed nightly on the group's 2019 reunion tour. Now, the song is getting some love from one of their biggest fans: Charli XCX.

The cover, "Spicy," is a warped dance-pop fusion track that twists the anthemic chorus into tiny, bass-backed knots that will more than likely fuzz out your speakers. Despite telling Julie Adenuga during the premiere that she probably recorded the song in only about 10 minutes, Charli sounds like a pro on the verses. An accompanying video featuring Charli, Diplo, and Herve Pagez was released as well. The video is a colorful cyber journey through the galaxy, enjoyed by the artists while they ride dolphin-back, a green screen counterpart to Charli's video for "1999."

Referring to "Wannabe," Charli states the obvious in her Beats 1 interview: "If you don't like the song, then you probably don't have a soul." Fans of the source material for the track might find it hard to adjust to not screaming the lyrics of the chorus, but will eventually settle into the groove of the guitar-strung drops and familiar verses. There's something refreshing, too, about the track being brought into the EDM and dance-pop conversation of the late 2010s. The song has been a constant reminder of the impact that empowerment-focused girl groups have had on pop culture over the years, and more specifically the Spice Girls' impact on the '90s. The track is regularly revived to be licensed in a movie or a show, so why not have Charli XCX, the reigning pop goddess of Great Britain, revive it too?

Listen to "Spicy" below, but try not to dance too hard at work while doing so.