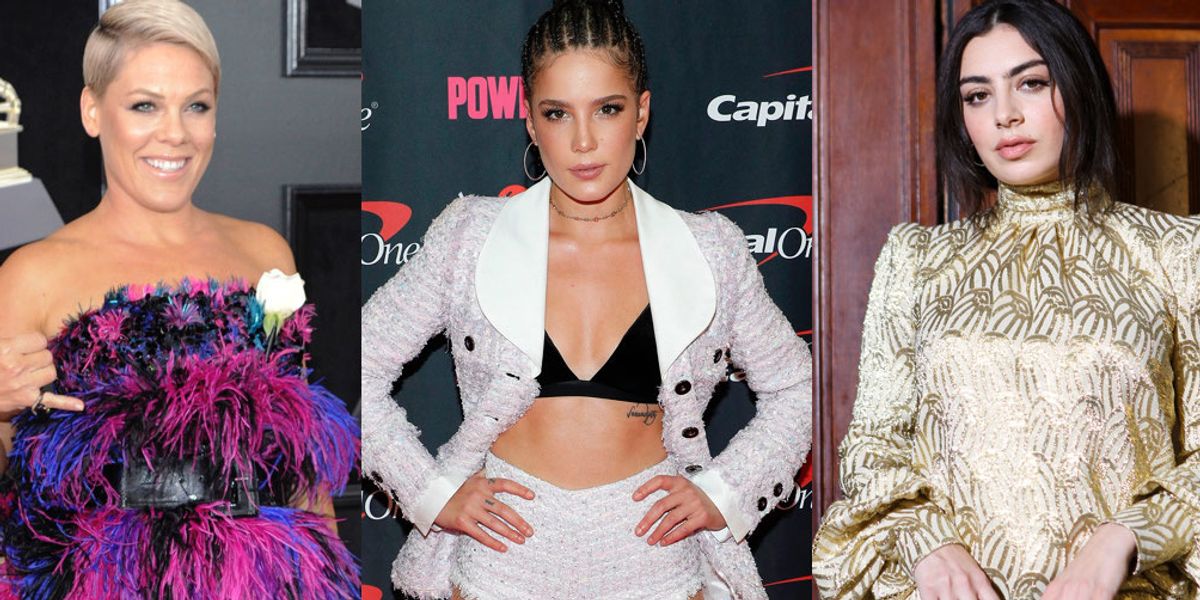 In response to questions about the lack of female winners at the Grammys, Recording Academy president Neil Portnow made some comments that discrimination against women in the music industry isn't the problem, but rather women themselves.

If women want to win awards, they "need to step up," he said, adding, "I don't have personal experience of those kinds of brick walls that you face but I think it's upon us — us as an industry — to make the welcome mat very obvious, breeding opportunities for all people who want to be creative and paying it forward and creating that next generation of artists."

Related | Women Are Missing from Every Aspect of Mainstream Music

Th remarks were universally panned and only served to highlight the glaring ways in which the 2018 Grammys continued to fail women, despite our naive annual hope that things will be different. On Monday night, pop star Charli XCX shared her feelings about Portnow, too:

"ugh bout 2 step up on 2 ur face.." she wrote on Twitter. "women are making AMAZING music right now wtf is this dude talking about ?????"

Halsey also responded on Twitter, writing: "Neil's comment was absurd....Maybe it's all a sham. I just really wish I got to see justice and fairness and ONE woman winning a televised award is bullshit."

I strongly back the disagreement with the way that the Academy approaches things but please remember the Grammys are voted by a “jury of peers" which means other artists and producers and writers select the nominees.
— h (@halsey) January 30, 2018

Neil's comment was absurd. Female artists came HARD in 2017. But the nominees are selected by peers and their opinion of the music. Which means it's a conversation about the standards of which the ENTIRE INDUSTRY expects women to uphold.
— h (@halsey) January 30, 2018

Maybe it's nepotism and our opinion / votes don't actually matter. Maybe it's selected by the Grammy board members in the end. Maybe it's all a sham. I just really wish I got to see justice and fairness and ONE woman winning a televised award is bullshit.
— h (@halsey) January 30, 2018

She added she was not trying to undermine Alessia Cara, who won for Best New Artist (and was the only female artist to be presented with an award).

And this is not about @alessiacara she is an incredibly talented hardworking young woman who followed a dream to its fruition. Don't direct your anger at her.
— h (@halsey) January 30, 2018

P!nk, who performed her nominated song at the ceremony (she lost to Ed Sheeran), also tweeted about the matter, saying, "Women have been stepping since the beginning of time. Stepping up, and also stepping aside. Women OWNED music this year. They've been KILLING IT. And every year before this."

A recent report by the USC Annenberg Inclusion Initiative found that women are underrepresented in all levels of mainstream music (but especially leadership positions), and that 9 out of 10 Grammy nominees in recent years have been male.

Portnow has since apologized for the comments, saying they were taken out of context.

"Last night, I was asked a question about the lack of female artist representation in certain categories of this year's GRAMMY Awards. Regrettably, I used two words, "step up," that, when taken out of context, do not convey my beliefs and the point I was trying to make," he said in a statement.

He added: "Our industry must recognize that women who dream of careers in music face barriers that men have never faced. We must actively work to eliminate these barriers and encourage women to live their dreams and express their passion and creativity through music. We must welcome, mentor, and empower them. Our community will be richer for it. I regret that I wasn't as articulate as I should have been in conveying this thought. I remain committed to doing everything I can to make our music community a better, safer, and more representative place for everyone."