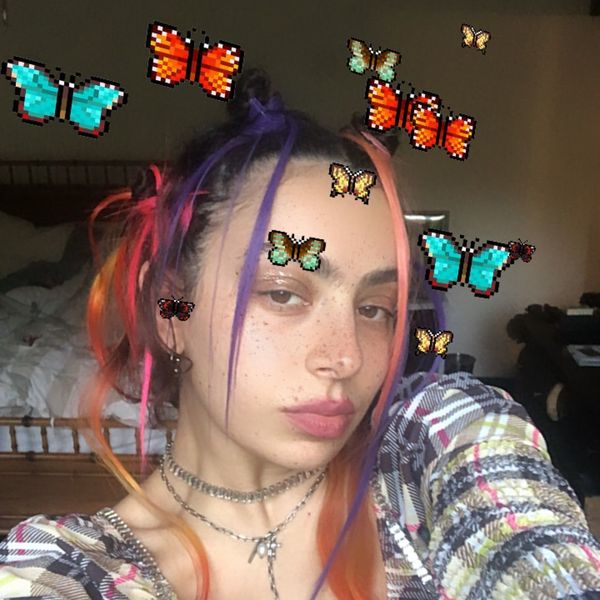 On April 6th, Charli XCX called a thousand of her fans together for a huge Zoom to make a special announcement. She would be writing, recording and releasing an entirely new album while under quarantine and it would be out by May 15th. Giving herself a little over a month to do so, the album seemed like a herculean undertaking and certainly put all of our promises to bake loaves of sourdough bread to shame.

Come release day, Charli's quarantine album, how i'm feeling now, did in fact materialize and it was glorious. A blend of the glossy, hyper-polished production we've come to expect from her and PC Music head A. G. Cook with a more lo-fi, literal bedroom pop sound, how i'm feeling now was an astounding feat and one of Charli's most emotionally raw projects to date. It was an instant classic for fans and unexpectedly of the moment, capturing quarantine anxiety in a nuanced and profound way.

Now, Charli has revealed that she also filmed a new documentary under quarantine. Aptly titled, 6ft Apart, the doc goes inside the making of how i'm feeling now, offering a behind the scenes look at how it all came together, what it was like to open the process up to input from fans and the evolution of her relationship with her "long-distance-now-live-in boyfriend."

"It felt only natural to document myself making this album," Charli told Variety. "I don't think I've ever made music in such a unique situation: being so logistically far apart from my collaborators, but going through exactly the same thing, writing songs about my relationship with my boyfriend sitting in the next room, and being so connected to my fans in such an intense and creative way, it felt quite overwhelming and heartwarming all at the same time. So I wanted to film it all. Why not add to the pressure of making an extremely personal album within a five-week timeline by putting a load of cameras in my face and zooming in on my personality and insecurities too??! You know???"

Directed by duo Bradley&Pablo, who have been the creative force behind music videos for major artists like Harry Styles, Rosalía, Lil Nas X and Charli herself, 6ft Apart currently has no announced release date. Knowing Charli, however, we probably won't have to wait long. Maybe then we'll finally understand precisely just how she's feeling now.