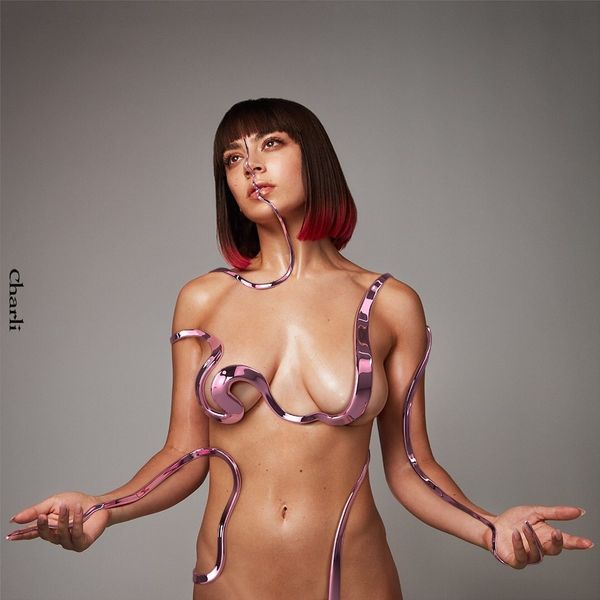 Stans, dinner's ready: Charli XCX will put out her sophomore album — her first album in five years — this fall via Atlantic Records. The album, which she's self titled, Charli, boasts an impressive 15-song tracklist that alone will leave her Angels starving and clawing towards the project's September 13th release date. In addition to the long-awaited album announcement, Charli has also announced that she will be embarking on a massive 40-date tour across North America and Europe, with opening acts like Tommy Genesis, Brooke Candy, Dorian Electra, and Allie X.

Besides intriguing song titles like, "Next Level Charli" and "White Mercedes," the tracklist boasts an impressive roster of features, even by Charli's standards. Collaborators from her Pop 2 mixtape are present in abundance on Charli; the "I Got It" crew — CupcakKe, Brooke Candy, and Pablo Vittar — teams up with Bounce icon Big Freedia on a track called "Shake It," while Kim Petras and Tommy Cash feature on a track called "Click." However predictable some of the features from Charli's friends might seem, there are some surprise guests on the record.

Charli on Instagram: “Angels, I am so so so happy to announce that my new album, Charli is out September 13th. You can pre order it now and I will also be going…”

Pop subverters Yaeji and Clairo team up on the album's penultimate track, "February 2017," while Troye Sivan appears twice on the album. His first appearance, the chart-climbing "1999," was a given considering the track's success in 2018. His second appearance, however, is an unexpected 100-year follow-up: "2099." Charli debuted the song with Sivan last week at their joint festival venture, Go West Fest. The song was praised by fans for its catchy hook and loud, ear-popping clicks and bass hits. Charli will also feature Christine and the Queens, HAIM, and the ever-elusive Sky Ferreira.

The album announcement comes at the perfect time, since stans have been begging for a new body of work since her previous mixtape, 2017's Pop 2. The mixtape was praised for pushing the boundaries of traditional pop sounds and aesthetics, even edging against experimental structures on ballads like, "Lucky" and "Track 10."

Watch the lyric video for "Blame It On Your Love," featuring Lizzo, below, and view the full roster of tour dates for the "Charli LIVE" tour.